George Herbert Walker Bush, the 41st President, calls Houston home.   He and Barbara can be frequently seen at Astros baseball games, he made his early career in business here, was a congressman from here, even once taught a course as an adjunct professor at my alma mater, Rice University.

As you may recall, Mr. Bush failed in his re-election bid; there were a number of reasons for his loss, but one of the frequently cited reasons was “the vision thing”.  The critics felt that he had not clearly articulated his vision for the future of the nation, which is a vital function that an effective chief executive must do.  Keep that in mind.

On July 20, 1989 – the 20th anniversary of the first lunar landing – President G. H. W. Bush had made a speech proposing what would come to be known as the Space Exploration Initiative (SEI).  This proposal included a permanent return to the Moon and human missions to Mars.  In spite of the bold and visionary words, this initiative quickly failed.

Thor Hogan has written an excellent book on the history of the fiasco.  His book is “Mars Wars, The Rise and Fall of the Space Exploration Initiative” NASA SP-2007-4410, August 2007.  I highly recommend this book for those who are interested in how national space policy is made and how federal agencies can be dysfunctional at times.  Dr. Hogan is a Professor of Political Science at the Illinois Institute of Technology in Chicago.  Let me reiterate – I highly recommend this book if you are interested in these topics.

When  “Mars Wars” was first published in 2007, it was widely circulated in NASA management and caused considerable discussion.  Everyone was trying to make sure to avoid the mistakes made in 1989 and create a successful program.  There are many lessons to be learned from that earlier experience, and Dr. Hogan hit many of them.

The most frequently cited lesson from SEI is the need to build a “sustainable” program.  That is a shorthand way of saying stay within an affordable budget.  One of the principle  reasons the Space Exploration Initiative failed was its price tag.  The SEI package was dead on arrival at Congress because of the high cost.  Trying to apply this lesson, the NASA program of the last five years to send crews to the Moon and Mars strove mightily to remain within the budget line announced in 2004.

But back to 1989, because there are other lessons to be learned there.  That year I was a rookie Space Shuttle Flight Director, learning the ropes in Mission Control, and I had no time to be involved in SEI.  But I was immersed in the NASA culture of the day and I remember that time with great clarity.  Dr. Hogan’s “Mars Wars” book does a wonderful job of capturing the motivations of agency personnel in those days.

It was a bare three years following the Challenger accident and the wound was still raw.  Challenger was a driving factor in the SEI story.  Remember that widely held beliefs are important whether they are accurate or not.  That is because what people believe to be true motivates them.  So take the following paragraph not necessarily as historical truth but as the mythos which psychologically undergird folks running SEI.

NASA was not allowed to build the shuttle the “right” way, that is, to make both engineeringly elegant and safe.  Lives were lost in Challenger due to basic design choices forced on the agency by severe budgetary restrictions.  In the early 1970s, when NASA was authorized to design and build a revolutionary reusable winged space vehicle, the Office of Management and Budget capped the total development cost of the shuttle at $5 billion.   (Money went further back then.)  This cap was far too low to allow development of several of the more innovative design options.  Fly back liquid fueled boosters were out of the question, for example.  Operational costs were higher because of choices required to keep the development costs low.  Safety was lower.  So we got an aero-space plane with a big dumb drop tank and two scaled up JATO bottles.

After Challenger, there was no money to significantly improve the basic design of the shuttle.  NASA was faced with the prospect of flying its less-than-safe shuttle for the long term, but with even higher operational costs and a lower flight rate.   Anger is the only term I can use to describe the general feeling back then.  Anger that NASA was forced to build something less than perfect by green eyeshade bean counters in Washington.  Anger that those decisions had been the basis for the loss of seven of our colleagues.  Anger that NASA wasn’t given the authorization to build a second generation shuttle to correct those problems.  So when the President announced a plan to build a spaceship to go back to the Moon and on to Mars, the most frequently heard comment around the human space flight institutions was “We’ve got to do this right this time.”  Even the NASA Administrator  Dick Truly was heard to “we’ve got to do it right this time or not at all.”

So when the SEI plan turned out to be very expensive, a significant part of that cost was driven by the thought that it must be done “right”.

Fast forward twenty years.  The recent program struggled mightily to stay within the budget because they perceived “sustainability” the principle lesson learned from the last time.  Smarting from the recent loss of Columbia, the organization believed that ‘it still had to be done right’.  So technical performance was not open for compromise.   In program management that means the only relief can come from schedule delay.  Delay that lead to an increasing gap.  Now, that analysis is very, very overly simplistic.  Blog level simplistic, in fact.  I don’t need to connect any more dots from that point, you can do that yourself.

So, in hindsight, was the shuttle built “right?”  That program actually flew, well, late, and only somewhat over budget.  Of course the operations budget never went down like it was supposed to.  The shuttle is clearly not “safe” in the conventional sense, but will space flight ever be “safe” like putting your kids on the schoolbus?  At least the shuttle program actually kinda sorta worked and didn’t get cancelled before the first test flight.

What constitutes “right” in advancing human space flight?  Something reasonably safe and not too costly, something that opens up the space frontier to many people rather than a few?  Is that the foundational paradigm that is being overturned today?

There are more than a few lessons that you can extract from Dr. Hogan’s book.  I strongly suggest you read it. 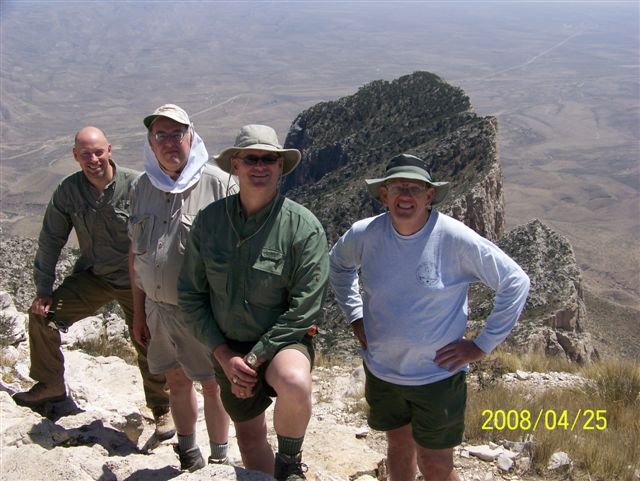