The Webb team continues to make progress in aligning the observatory’s mirrors. Engineers have completed the first stage in this process, called “Segment Image Identification.” The resulting image shows that the team has moved each of Webb’s 18 primary mirror segments to bring 18 unfocused copies of a single star into a planned hexagonal formation. 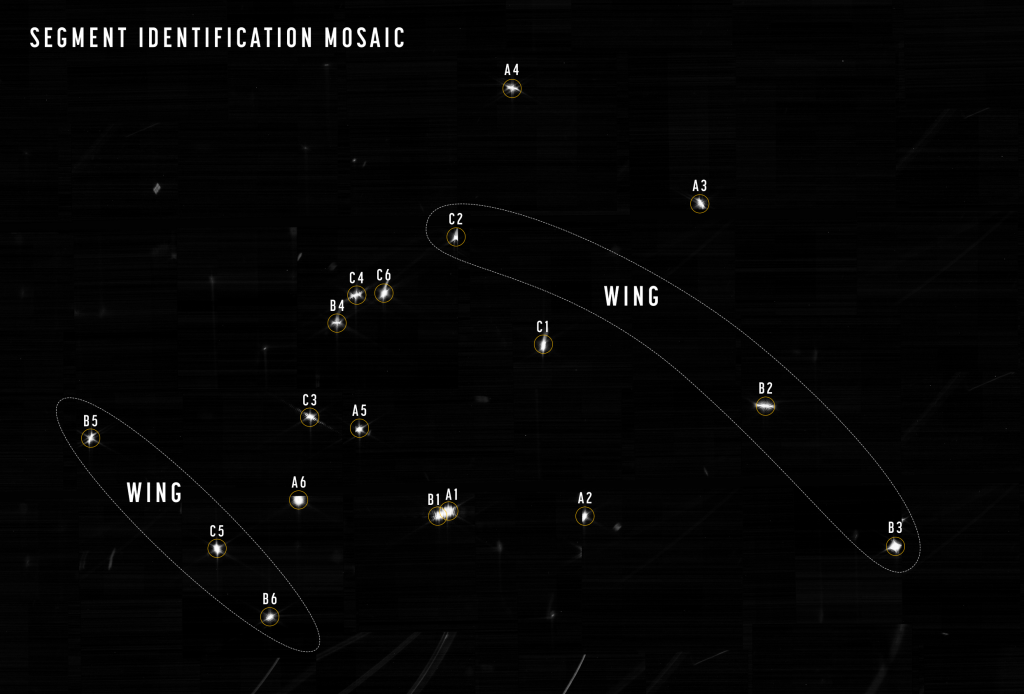 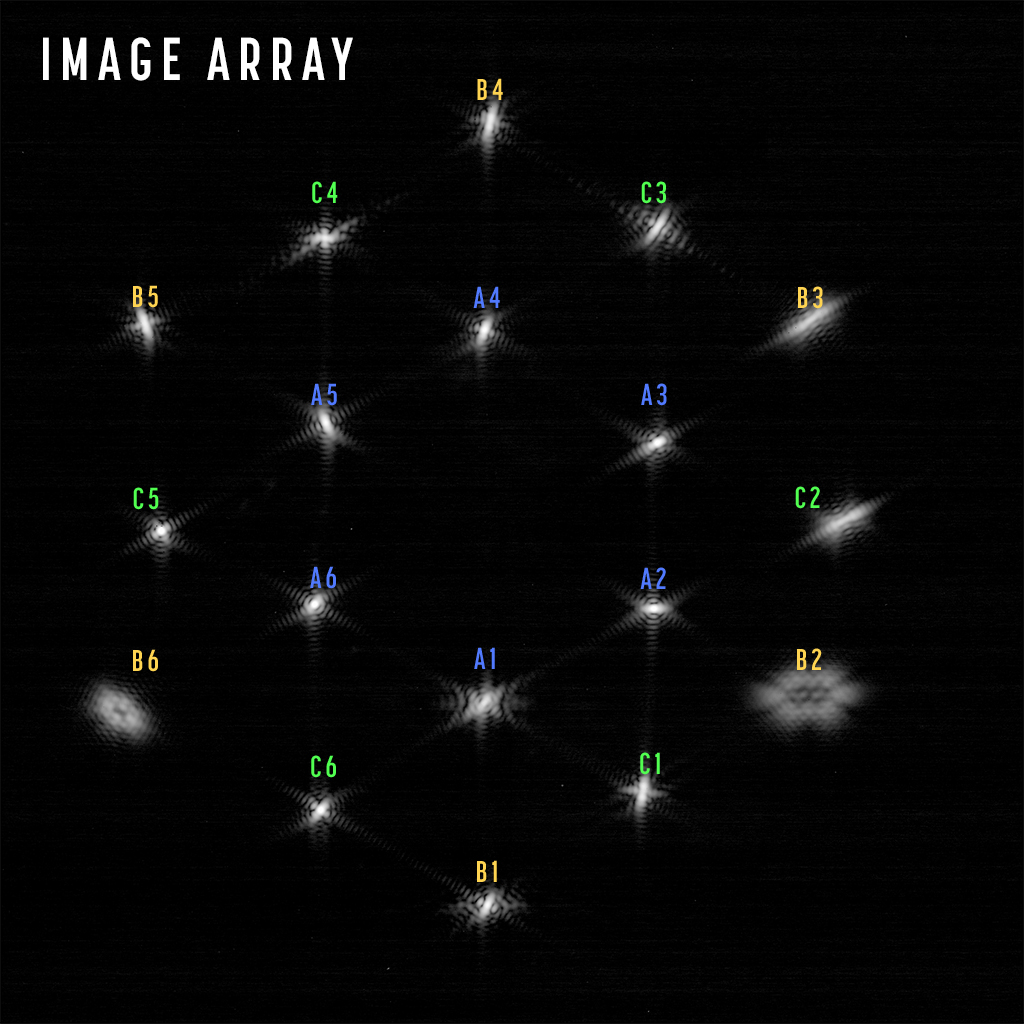 This image mosaic (top), which shows 18 randomly positioned copies of the same star, served as the starting point for the alignment process. To complete the first stage of alignment, the team moved the primary mirror segments to arrange the dots of starlight into a hexagonal image array (bottom). Each dot of starlight is labeled with the corresponding mirror segment that captured it.
Credits: NASA (top); NASA/STScI/J. DePasquale (bottom)

With the image array complete, the team has now begun the second phase of alignment: “Segment Alignment.” During this stage, the team will correct large positioning errors of the mirror segments and update the alignment of the secondary mirror, making each individual dot of starlight more focused. When this “global alignment” is complete, the team will begin the third phase, called “Image Stacking,” which will bring the 18 spots of light on top of each other.

“We steer the segment dots into this array so that they have the same relative locations as the physical mirrors,” said Matthew Lallo, systems scientist and Telescopes Branch manager at the Space Telescope Science Institute. “During global alignment and Image Stacking, this familiar arrangement gives the wavefront team an intuitive and natural way of visualizing changes in the segment spots in the context of the entire primary mirror. We can now actually watch the primary mirror slowly form into its precise, intended shape!”