Earth Day is still a day away, but already NASA’s exhibit on the National Mall is brimming with activity. On April 17, NASA’s Earth Science Division deputy director Jack Kaye kicked off the festivities by cutting the ribbon on the NASA Village. Here’s just a sampling (and full schedule of events) of what you might find if you come to Washington, DC:

An igloo-shaped tent with a striking resemblance to the Northern Hemisphere (Credit: NASA/Barker) 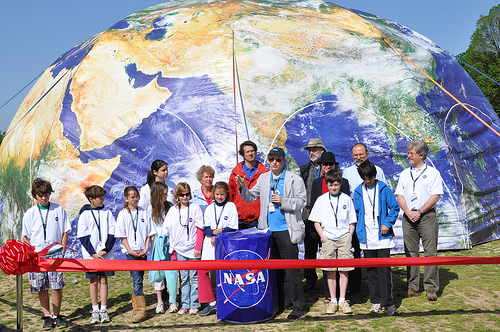 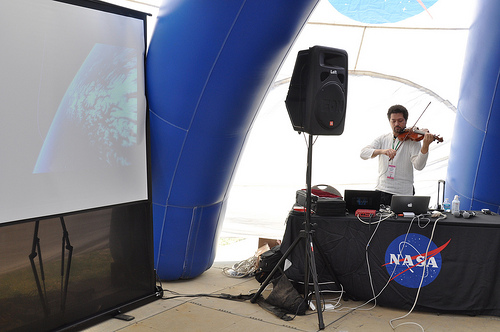 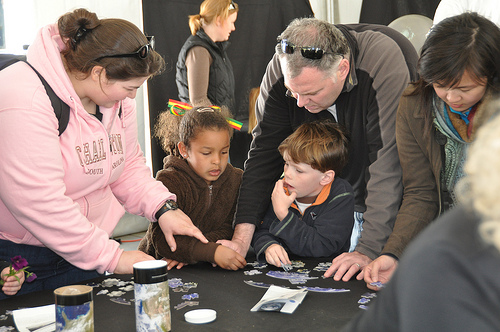 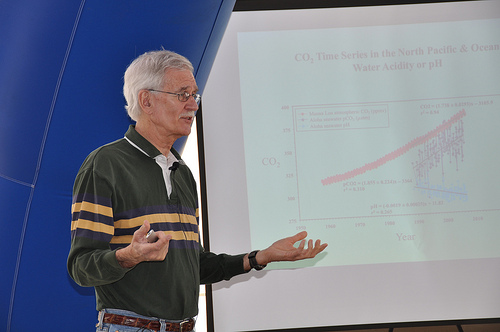 A space suit with your name on it (Credit:NASA/Chrissotimos) 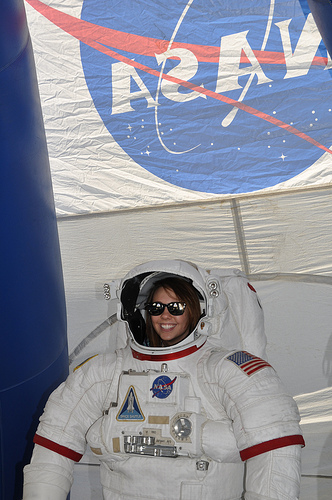 Stuck at home? No worries. NASA is all over on the web as well. You can take part in this online chat about climate change on April 22nd. And there’s a number of NASA missions and websites—ranging from the NASA Earth Observatory to Earth Vital Signs to NASA Glory to NASA IceBridge–that are always aTwitter with Earth science.