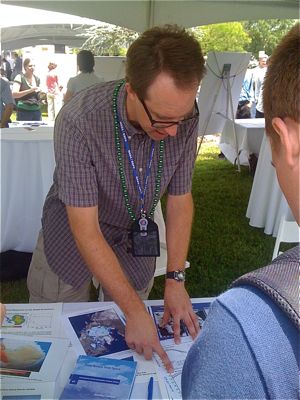 The daily grind of a science and engineering career can leave little time to inquire how colleagues in the very next office have been spending their days and months. Toward remedying that, employees at NASA’s Goddard Space Flight Center emerged from their cubicles and offices on June 2 and mingled outdoors, Cajun style, at the center’s second annual Science Jamboree.

Congregating under tents on the Goddard campus lawn, everyone from scientists to secretaries and engineers to interns browsed the nearly 40 tables displaying the latest projects in earth science, astrophysics, heliophysics, and solar system science at the Mardi-Gras-themed event.

NASA scientists including Tom Neumann (right), described work by Goddard’s Cryosphere branch. Pointing to satellite data, he shows May 30, 2010, as having the lowest Arctic sea ice extent on that date since satellite measurements began in 1979. The data drew in people curious to know the state of Arctic ice. Credit: NASA/Kathryn Hansen

“The record is useful, but is there a benefit to predicting the Arctic sea ice extent just a month or so before it reaches its annual maximum?” said one earth scientist, sparking an in-depth discussion. Another visitor proclaimed, “I didn’t know NASA studies snow and ice.”

Other groups arrived with dramatic displays, from demonstrations of merging black holes — winning the “Most Visually Appealing Display” award — to mock ups of current satellite missions such as the Advanced Composition Explorer (ACE).

“ACE is still at it?” asked one visitor. The satellite is nearing its 13th year in orbit.

After snacking on jambalaya and wrestling crayfish from their shells, the crowd poured inside an auditorium for discussions of extreme space weather and of global climate change. 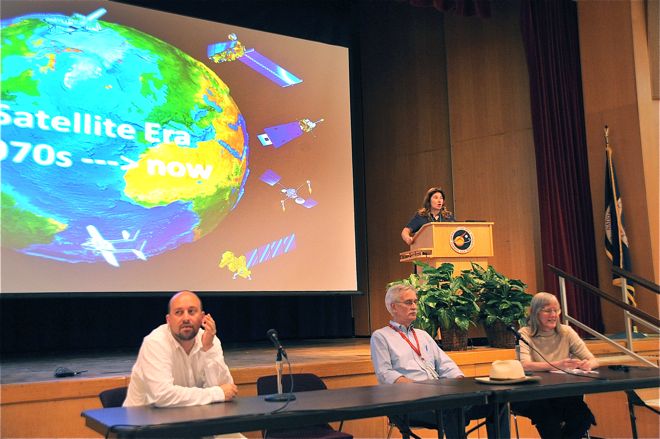 “Preparing for the panel presentation was certainly worth the effort,” said Goddard scientist Claire Parkinson (lower right), who spoke on the climate change panel with Compton Tucker (middle) and Gavin Schmidt (left). “We had a great turnout and the audience engaged us with thoughtful questions.” Credit: NASA/Debora Mccallum 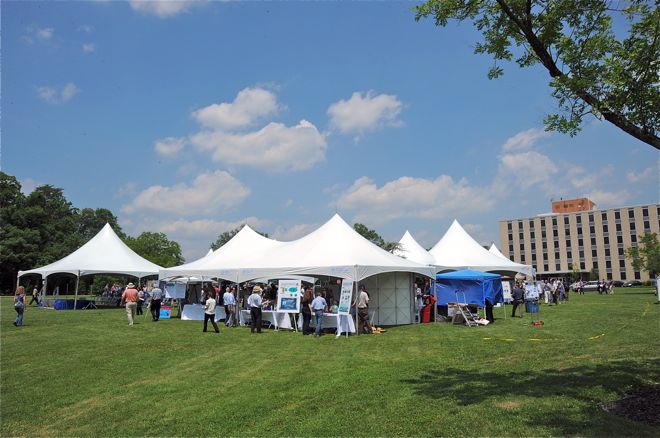 A steady stream of spectators worked their way around the tables and posters describing current science projects. Credit: NASA/Debora Mccallum 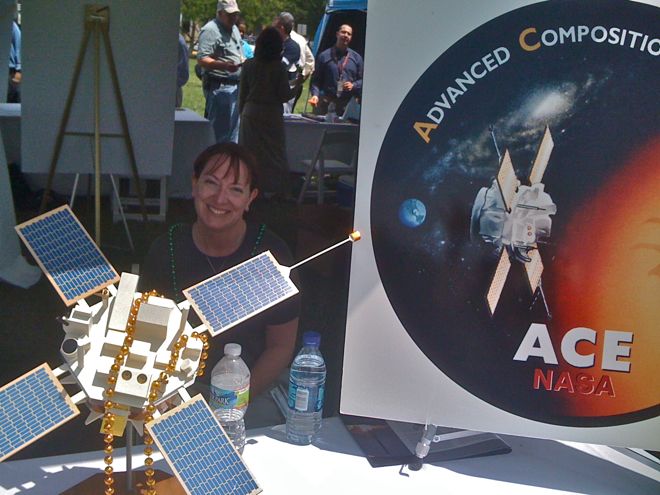 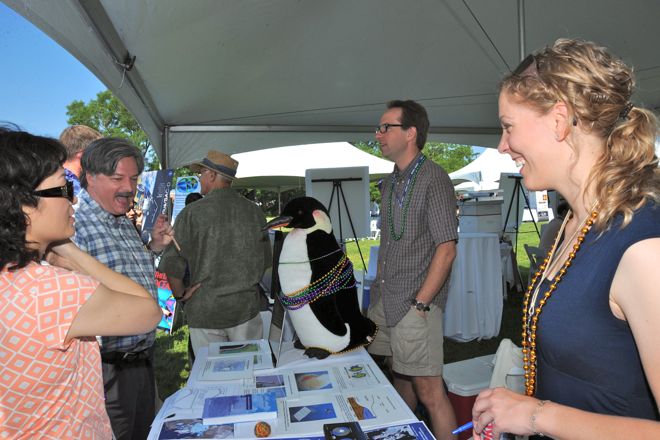 3 thoughts on “Jamboree and Jambalaya”