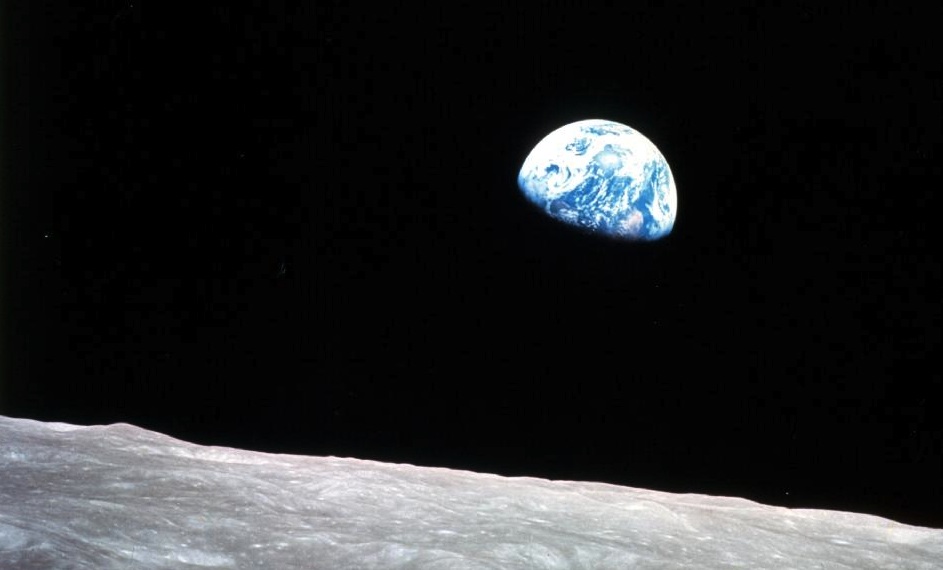 I get plenty of quizzical looks when I tell people I’m a NASA science writer who covers Earth science.

There’s often a pause for a few seconds as the person I’ve told mulls this over. For a surprising number of people, that combination of words doesn’t compute.

Often strings of questions follow: “Oh, so you must write about the Space Shuttle, right? Do you know how long it would take to send astronauts to Mars? Do you think there’s life on Titan?”

When I explain that most of what I write about involves unmanned Earth-observing satellites that monitor less exotic phenomena such as Earth’s weather and climate — not astronauts — it frequently comes as a let-down.

This week, however, I stumbled across a fascinating tidbit of NASA history that reminded me that the line between Earth science and manned spaceflight hasn’t always been so stark.

As I was looking back at the origins of NASA’s current fleet of Earth-observing satellites for a feature story about a soon-to-launch satellite called NPP, I did some reading about an intriguing plan to have manned spaceflight at the center of NASA’s Earth science efforts.

One of the early strategies proposed for monitoring Earth — developed in the late-1970s and early-1980s and dubbed System Z — called for the Space Shuttle to lift a series of Hubble-sized, polar-orbiting Earth-observing platforms into space.

Spacewalking astronauts would assemble the massive platforms and perform regular maintenance on the instruments. The money for System Z  would have come from  Space Station Freedom (the NASA project that led eventually to the current International Space Station). If implemented, the ambitious plan would have been one of the most expansive projects NASA had ever undertaken and rival the Apollo program in scope and complexity.

Looking back, it was heady stuff. The goal was to make a broad suite of coordinated measurements that would parse out how the many components of the Earth system function as an interconnected whole.

However, the Challenger disaster — and the realization that large platforms were too risky — dealt System Z a serious blow. When NASA abandoned efforts to launch the Space Shuttle from Vandenberg Air Force Base in California, a site  better than Cape Canaveral in Florida for achieving polar orbit, plans for an astronaut-tended Earth-observing platforms faded away as well.

But the dream of having satellites making a broad array of coordinated measurements from polar-orbiting platforms didn’t. It morphed instead, after a decades of downsizing and rescoping, into the current configuration of the Earth Observing System (EOS), a fleet of unmanned spacecraft that is anchored by the medium-sized flagships Terra, Aqua, and Aura.

Today, more than a decade after the launch of the first EOS flagship, data from EOS satellites have revolutionized earth and climate science. Thousands of technical papers have been published based on EOS data and the satellites have helped pioneer a whole new branch of science called Earth Systems Science.

Want to learn more about the early days of the EOS program? The NASA Earth Observer newsletter has been running a fascinating series of perspective pieces authored by the people who helped conceive it that make for good Earth Day reading. Here are a few of them:

System Z Lays the Groundwork for a Mission to Planet EarthEOS in the Context of Mission to Planet EarthReflections on the Early Days of EOS
Imagery
Top: This Earthrise photo was the first view of Earth captured by astronauts in lunar orbit. Credit: NASA
Middle: NASA’s constellation of Earth-observing satellites as of 2011. Credit: NASA
Bottom: An early sketch of “System Z.” Credit: Mark Abbott; Originally published by the Earth Observer

One thought on “On Earth Day: A Look Back at System Z and the Early Days of EOS”