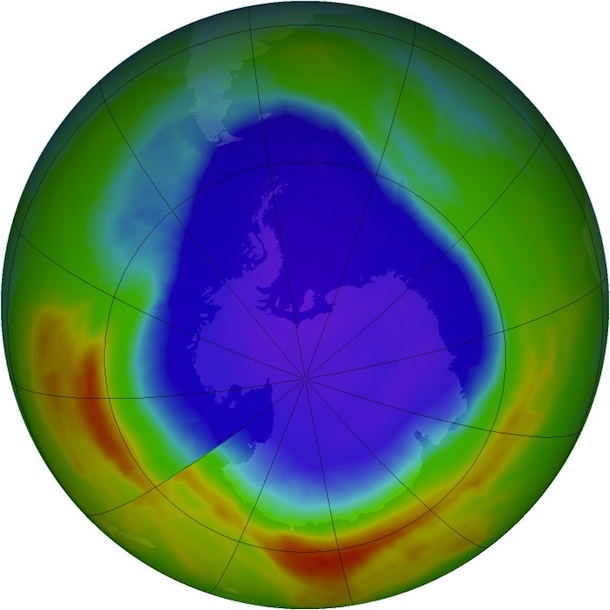 On Earth Day, we published an interview about the “smog blog” created by Ray Hoff of the University of Maryland – Baltimore County. Today, we follow up by sharing this video, which has some striking shots of laser pulses from the instrument that Hoff’s atmospheric LIDAR group uses to take air quality measurements near Baltimore.

Plus, here are some outtakes from Hoff that did not fit into the original interview:

On the importance of satellites…
“We spend quite a bit of time trying to use satellite measurements as a surrogate for what we see on the ground because the Environmental Protection Agency can’t be everywhere. EPA has a thousand monitors in the United States, but those monitors are largely in urban areas, and they can be spaced quite far apart. There are, for example, no EPA samplers in Wyoming. NASA satellites can look everywhere.”

On why satellite measurements of aerosols are less accurate in the western U.S…
“In the West, the correlation between what happens on the ground is worse for two reasons. The land surface out in the western United States does not have as much vegetation, so it’s brighter and more difficult for NASA satellites to see the aerosols from space. The other thing is that there are a lot of fires in the West, which make it challenging to distinguish between aerosol types.”

On the challenges facing air quality researchers…
“One of the things they’d really like to have is better measurements of ozone at the ground level. Much of the ozone we have on the planet is in the stratosphere, about 20 kilometers or 15 miles up, and it’s hard to see through the ozone layer, since it’s so thick. We have to combine models with measurements from the ground and NASA airborne platforms, but the difficulty of seeing through this layer to surface ozone is kind of the holy grail of tropospheric air quality research right now.”

On geoengineering the climate with sulfate aerosols…
“A Nobel Prize winner has suggested putting more pollutants in the atmosphere in order to keep the planet cool. I actually think that’s a rather poor experiment for us to be trying with so little knowledge of how the atmosphere works. Humans have a pretty bad record of trying to “fix the planet.”

Earth scientists milling around the lobby during coffee breaks at this year’s AGU had something unusual to mull over this year.  A phalanx of colorful posters, created by a visual communicator who describes herself as a note taker on steroids, adorned the lobby of the Moscone Center. Snippets from the illustrated notes offer a fascinating look into some of the brainstorming sessions that have taken place about communicating climate science. AGU intstalled the posters at a fitting time: it’s been a disorienting month for climate scientists who have watched seemingly specious charges of scientific malpractice become a major news item.

One of the posters — called Communicating with Congress (and Everybody Else) — brainstorms some of the pitfalls that make communicating climate science such a challenge. High on the list: jargon. Scientists use such a specialized language that it can be difficult for non-scientists — even for those of us who cover the topic regularly — to distill the meaning from certain scientific presentations or articles. Complicating matters more, there are some words that have distinctly different meanings to scientists and the public. The poster highlighted a handful of them. I’ve taken the liberty of elaborating upon and defining a few of them below.

Did you know the difference?  Have any good examples to add to the list?

The Public: Spray cans that dispense a liquid mist, many of which damage Earth’s ozone layer.

Scientists: A suspension of any solid or liquid droplet in the atmosphere. Includes dust, soot, pollen, sea salt, sulfates and more. More details about aerosols.

Ozone
The Public: Something over Antarctica that protects against cancer-causing light waves.
Scientists: A molecule containing three oxygen atoms that functions as a harmful air pollutant near the surface, a greenhouse gas in the upper troposphere, and a buffer against ultraviolet radiation in the stratosphere.  More details about ozone.

Bias
The Public: Willful manipulation of facts to suit political ideology.
Scientists: A term used to describe a statistical sample in which members of the sample are not equally likely to be chosen. Also a term used to describe the difference between an estimator’s expectation and the true value of the parameter being estimated. For some scientific analyses, a certain degree of bias can actually be beneficial. 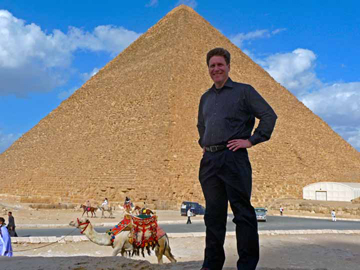