“By the time I was 12, I was challenging every boy in our neighborhood at running, jumping, and everything related.” -Wilma Rudolph 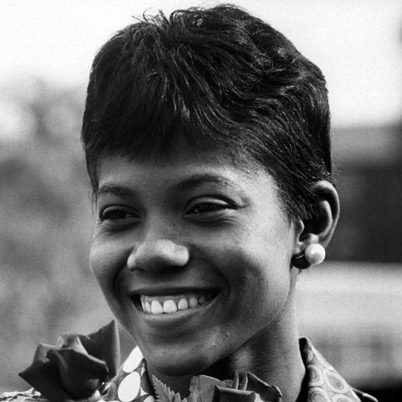 (1940-1994) Wilma Rudolph was an Olympic track athlete who became the first American woman to win three gold medals in track and field. Ms. Rudolph was born prematurely with problems with her left leg, and consequently, she wore a brace.  With determination and physical therapy, she overcame her physical disabilities and became an Olympic star. Ms. Rudolph grew up in the South during days of segregation and attended an African-American high school where she played on the basketball team. As a naturally gifted runner, she was later recruited for the track team. While still in high school, Ms. Rudolph qualified for the 1956 Olympic Games in Melbourne, Australia. She became the youngest member of the U.S. team at the age of 16 and proceeded to win the bronze medal in the sprint relay event. Ms. Rudolph succumbed to brain cancer in 1994 at the young age of 54.