“Is this America where we have to sleep with our phones off the hooks because we be threatened daily just cause we want to register to vote to become first class citizens?”  – Fannie Lou Hamer 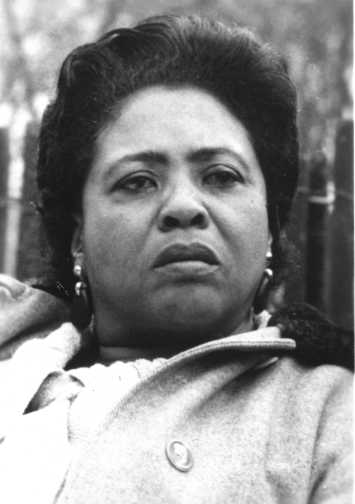 (1917-1977) Fannie Lou Hamer was a civil rights activist, with an emphasis on voting rights. Despite failures in actions she took, Hamer continued to work for things in which she truly believed.  For instance, at the age of 37, Hamer joined the the Student Non-violent Coordinating Committee, working to teach African-Americans how to read and write so they could register to vote.  As a result, 17 African-Americans tried to register to vote and were  denied.  Hamer and her family were threatened with expulsion from the plantation at which they were poor sharecroppers.  Soon thereafter,  she was targeted by the Ku Klux Klan. In her personal life, Hamer was unable to bear children due to a tumor and together with her husband, they adopted four children, two girls and two boys, all from poor families.