I spent the better part of my spare time this past week thinking about what I wanted to write in my first real post (one that wasn’t about how this blog got started!).  You see-I love reading and writing and much of my free time is spent doing both activities.  The smell of books is one for which I yearn, forcing me back into a time when going to the library was not only commonplace but also invigorating.  Memories swirl in my head of being forced to put back books for having surpassed the check-out limit!  Nostalgia overcomes my senses as even I progress with the changing times and resort myself to an incredibly lazy morning of checking my online newspapers, blogs, social sites, and, of course, trusty ol’ Google.

However, my own mourning of the written word aside, had it not been for such progression of the media, I would not have learned about this young woman, Emily-Anne Rigal.  And since I envisioned this blog to not only showcase women at NASA but also women around the world, I thought her story would be appropriate for this post.  This young girl is the epitomy of gumption.  Of the motivation and foresight on which even great leaders have not capitalized.

Emily started the organization called WeStopHate, a group aspiring to improve teenage self-esteem that in turn may just deter bullying in schools.  At least, that is how I see it.  Improve the morale of kids and either the bullies themselves change or the others around the bullies stand up for themselves-all because they have confidence and a sense of self-worth.  Emily was teased as a young child for being overweight, leading her to change schools.  Thankfully, her confidence increased as she got older, and at the ripe age of seventeen, she’s innovating ways to replace hate with love.  One teen at a time.  In fact, she is being recognized for teen community service from Nickelodeon’s HALO (Helping and Leading Others) Awards.  Congratulations, Emily.  And keep inspiring those of us who don’t even know you. 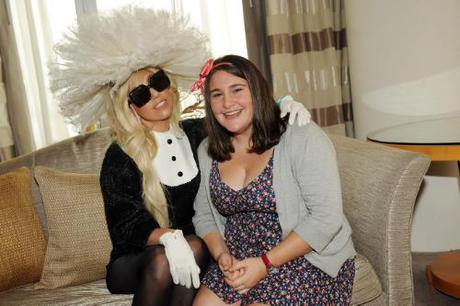 Image Credits:  No Country for Young Women and Look to the Stars (Linked individually)

It is a global challenge to be innovative.  To be smart.  To be cutting edge.

The reward?  A rarity among Ph.D. and M.D. scientists even.  Fly your experiment to the International Space Station.  This is no zero-g plane (an amazing opportunity in and of itself).  This is the real deal.  And then it’s beamed live onto YouTube.  Could this get any cooler?

It was so cool that even the NASA Deputy Administrator Lori Garver had to call the American winners and offer her thoughts.

“I want to congratulate the winners of the YouTube Space Lab contest for their outstanding proposals. I am especially proud of the two winners from the United States, Dorothy Chen and Sara Ma, and look forward to seeing the results of their experiments after they are flown and conducted on the International Space Station during Expedition 32 and 33 this summer. Earlier today, I had a chance to speak with Dorothy and Sara to thank them for their hard work, and salute them on behalf of NASA.  As a national laboratory, our goal is to open up the space station to new paths for the exploration, discovery and economic development of space. Educating and inspiring the next generation of space explorers and scientists are among the most important things NASA can do, and these students are getting the opportunity of a lifetime. A contest like this taps into the passion of so many people who get involved, from the just over 2,000 students who submitted proposals to everyone who voted for them, and we want to encourage that passion and engagement.”

Now if that’s not a dream come true, I can hardly imagine what is!  Congratulations to Dorothy and Sara as well as Amr Mohamed for dreaming big.

For information about the contest and to see the proposals from the 60 finalists, visit YouTube Spacelab.