The NASA Gulfstream-III aircraft returned to Palmdale, Calif., onTuesday May 10, 2011 from a successful nine-day mission to the Big Island ofHawaii.  The goal of the missionwas to image volcanoes on the Big Island and map surface deformations on Oahu,Molokai, and Maui using an airborne radar system installed in the G-III calledthe Uninhabited Aerial Vehicle Synthetic ApertureRadar (UAVSAR). 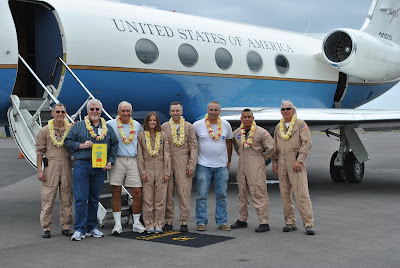 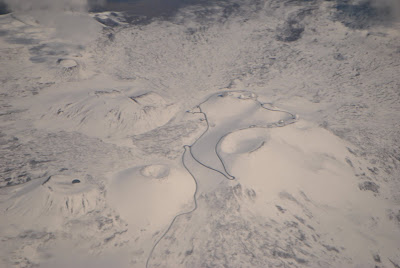 The G-III flies at 41,000 ft to collect airborne radar data.  A break in the clouds allowed Tim Moes onboard the G-III to take this image of the snow-covered summit of Mauna Kea (14,000 ft) with its many astronomical observatories