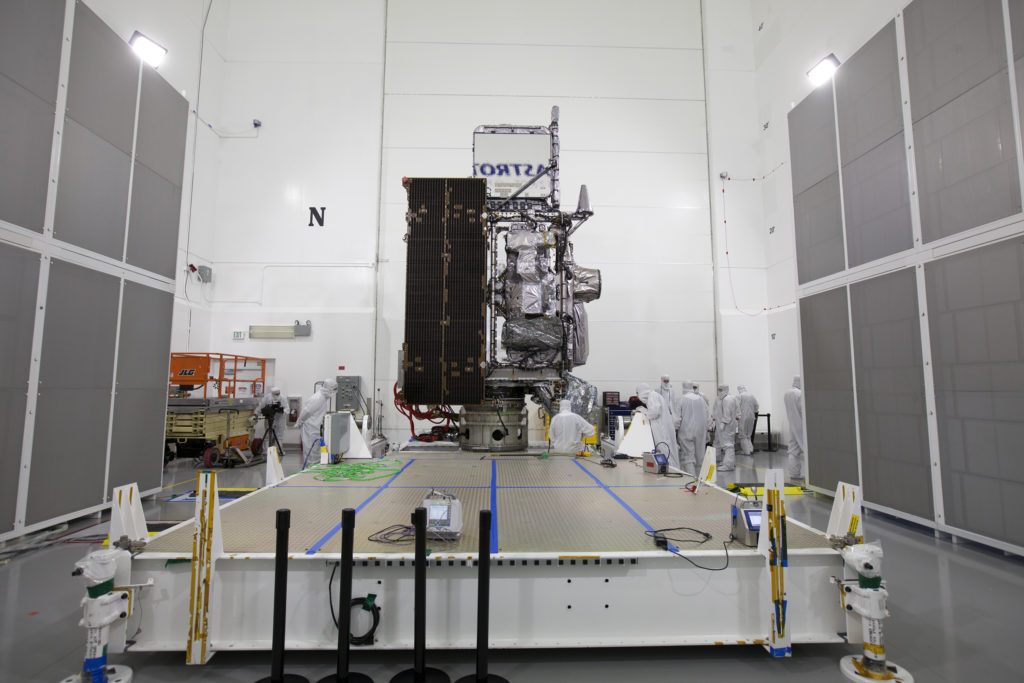 The GOES-R spacecraft is shown above during processing at the Astrotech facility in Titusville, Florida, near Kennedy. Photo credit: NASA/Charles Babir

GOES-R, a National Oceanic and Atmospheric Administration mission, is the first spacecraft in a new series of NASA-built advanced geostationary weather satellites. Once in geostationary orbit, GOES-R will be known as GOES-16 and will provide images of weather patterns and severe storms as regularly as every five minutes or as frequently as every 30 seconds. These images can be used to aid in weather forecasts, severe weather outlooks, watches and warnings, lightning conditions, maritime forecasts and aviation forecasts. It also will assist in longer term forecasting, such as in seasonal predictions and drought outlooks. In addition, space weather conditions will be monitored constantly, including the effects of solar flares to provide advance notice of potential communication and navigation disruptions. It also will assist researchers in understanding the interactions between land, oceans, the atmosphere and climate.