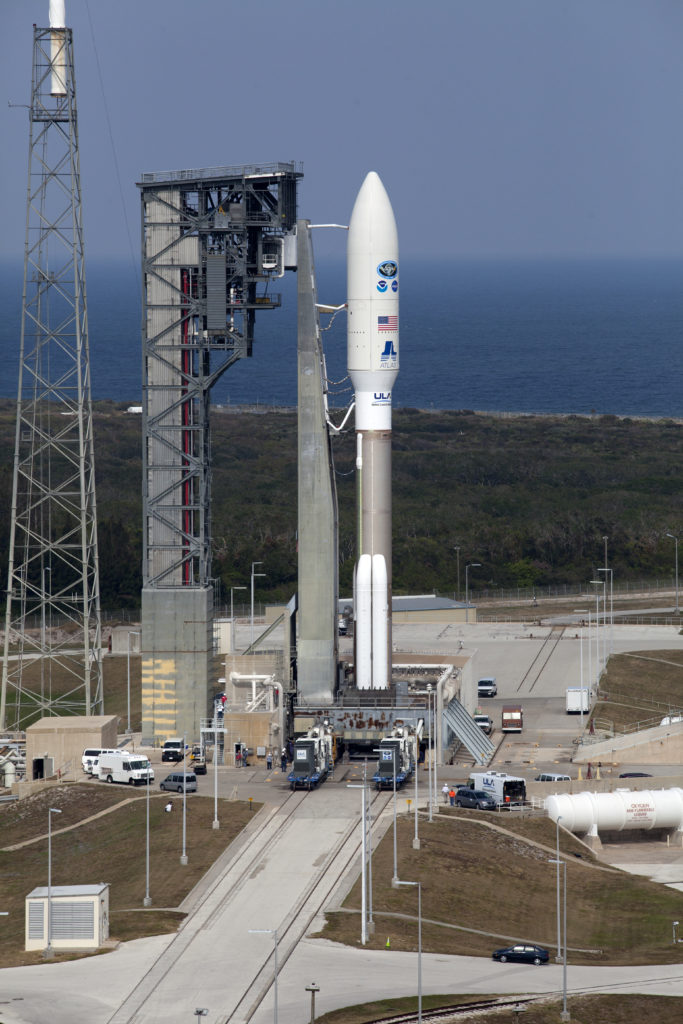 Good afternoon from Florida’s Space Coast! It is launch day for NOAA’s GOES-R satellite, the most sophisticated meteorological spacecraft of its kind, and the launch teams are proceeding toward an on-time liftoff at 5:42 p.m. EST from Space Launch Complex 41. A United Launch Alliance Atlas V rocket will launch the GOES-R satellite into geostationary orbit more than 22,000 miles above Earth. From there, the satellite will use its sensors to continuously track weather conditions, keep a watch on storms and even produce real-time maps of lightning activity.

You can keep track of the countdown, launch and ascent activities thoughout the afternoon and eveing here. NASA TV will cover the launch starting with a simulcast of a special prelaunch program carried by NASA EDGE starting at 3:45 p.m. on the NASA TV Media Channel. The program is live and featured on the NASA web and social media sites.

NASA TV’s launch coverage and commentary will be carried only on the NASA TV Media Channel beginning at 4:45 p.m. Following Soyuz docking coverage at about 5:06 p.m., launch coverage will switch to the NASA TV Public Channel. Coverage will conclude after spacecraft separation from the Centaur and the GOES-R solar arrays are deployed, which occurs about 3 ½ hours after launch. At that time the spacecraft initial state of health can be determined and will be confirmed on the air. There is no planned post-launch news conference. YOu can go to NASA TV’s coverage on the Web at https://www.nasa.gov/nasatv