The Falcon 9’s second-stage Merlin engine completed its first cutoff right on time. This puts the Jason-3 spacecraft and the rocket’s second stage in coast phase lasting about 46 minutes.

The SpaceX Falcon 9 power and telemetry are “nominal” — just as expected — as the vehicle continues its flight.

Having performed its job, the first stage of the Falcon 9 rocket separated from the second stage, which continues to carry Jason-3 to orbit. The second stage single Merlin engine ignited as planned and is scheduled to cut off at 10:51 a.m. PST. The payload fairing, which protected Jason-3 during its ascent through Earth’s atmosphere, was jettisoned shortly after engine ignition.

The Jason-3 satellite is on its way to join its predecessors in orbit, carried aloft on a SpaceX Falcon 9 rocket following an on-time liftoff from Space Launch Complex 4 at Vandenberg Air Force Base in California.

Starting in about two and a half minutes, a series of critical milestones will occur in rapid succession. First is Falcon 9 main engine cutoff, followed by the separation of the first stage from the second stage. Then the second-stage engine will ignite, and finally, the payload fairing protecting Jason-3 will separate and fall away.

The Western Range is confirmed “go” for launch. 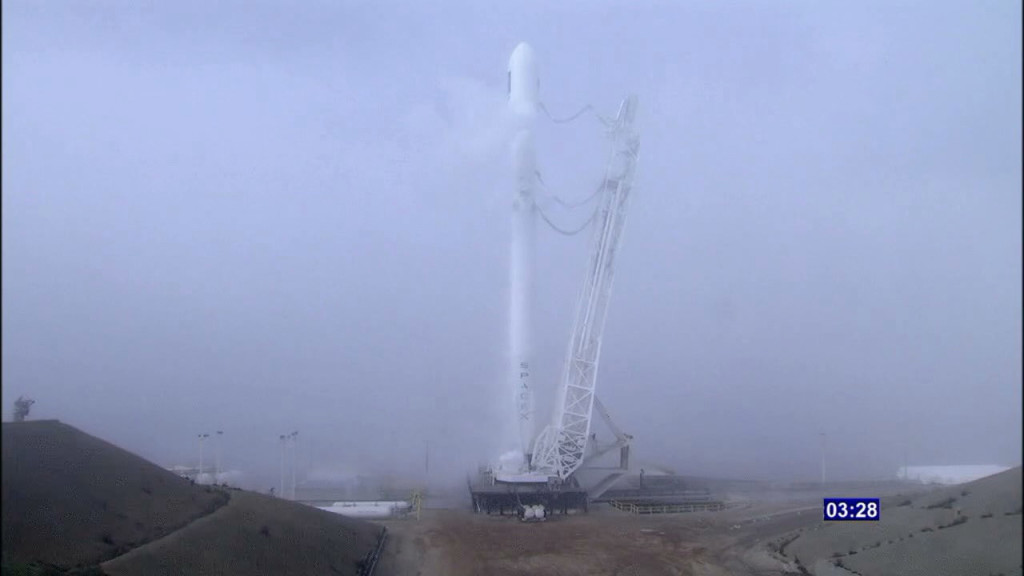 SpaceX Launch Director Ricky Lim has given the “go” for launch. Flight Termination System is on internal power and armed. The strongback is fully retracted. Photo credit: NASA Television

The gantry-like strongback is lowering away from the Falcon 9 rocket in anticipation of liftoff.

NASA, NOAA and SpaceX managers have completed their polls and declared Jason-3 “go” for launch, kicking off the final phase of the countdown, known as the terminal count. All systems are operating autonomously until liftoff. Weather remains “go.”

Launch is now only 10 minutes away.

SpaceX has polled its team of controllers and has reported “go” to begin terminal count.