We took off during the day to hunt down the shadow of a Kuiper Belt object, MU69, as it passed in front of a star. To get in its projected shadow path on Earth, we flew north from Christchurch, New Zealand toward Tahiti.

We had to fly with the telescope door closed until the sun had set. During this time, the NASA New Horizons team went over the plan, rechecked all the computations, and did some time tests to reconcile differences between Coordinated Universal Time (UTC) and GPS time. The usually adjust their timing using the GPS clock, but all the mission and science planning used UTC. GPS is not perturbed by leap seconds so it slowly drifts ahead of UTC. However, GPS timing receivers put in the conversion factor to convert GPS time to UTC, but we had to double check. We also consulted the U.S. National Institute of Standards and Technology’s shortwave radio time signal station in Hawaii.

Before the occultation, the flight plan had a short leg planned when we set up the telescope and instruments and then a time holder leg to give the pilots time to get the plane flying at exactly the right speed (adjust for winds etc.).

After the sun had set we opened the telescope cavity door. Then it was time for the pilots and the mission director, Karina Leppik , to coordinate the plane’s  position to intercept the shadow at 16 degrees south latitude, and 175 degrees west longitude at exactly 07:49:11.

We were exactly where the center of the shadow was predicted to be, at exactly the right time. But our eyes could not see the event in real time.

We used our high-speed camera to take images at a rate of 20 frames per second, so the dip in the star’s light as MU69 crossed it would only appear in 8-32 images out of the 60,000 we took over 50 minutes.

These observations should enable us to better understand the size of MU69, which is currently not well known. The Hubble Space Telescope images only provide a visual magnitude measurement. So, it’s unclear if MU69 is large and dark, or small and highly reflective because both combinations can provide the equivalent magnitude. 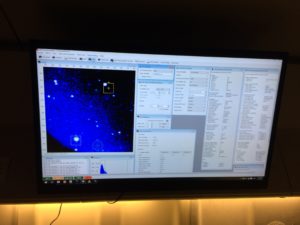 The occultation star is in the bottom middle, marked with the bulls-eye concentric circles. All eyes were on this star during this flight.

We landed back in Christchurch just after midnight. With data in hand, the scientists deplaned SOFIA, took a short nap, and then headed to South America to start preparing for the third of three occultations event by this MU69 on July 17.

….to learn what the New Horizons team finds as they analyze the data. 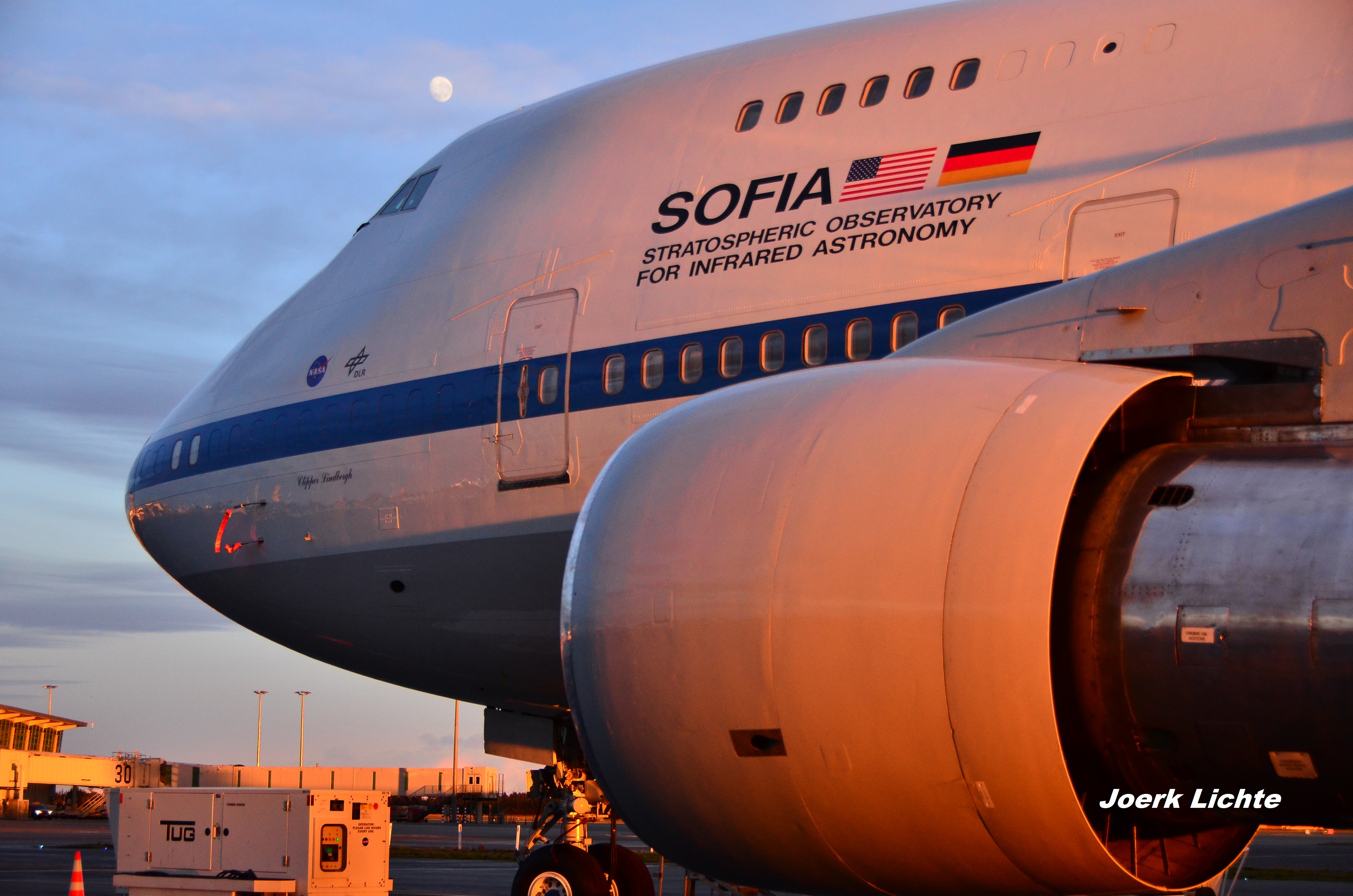