The fourth annual NASA Student Airborne Research Program (SARP) began Sunday June 17th with the arrival in California of thirty-two college and university students from across the United States. The students are all majoring in the STEM (Science, Technology, Engineering, Mathematics) disciplines and were selected based on outstanding academic performance, interest in the Earth Sciences, and career goals. 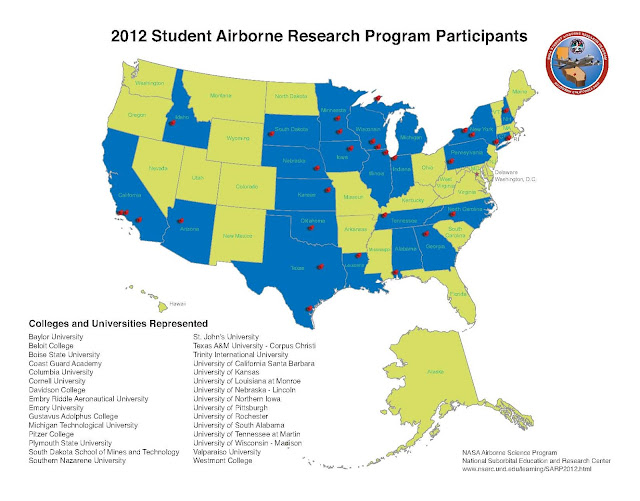 Each student prepared a poster on his/her academic, research, and extracurricular interests.  All thirty-two posters were displayed in the ballroom of the hotel in Palmdale.  Students mingled with each other, SARP faculty, research mentors, and NASA scientists and administrators.

Monday began with the rather long process of getting all of the interns badged at the Dryden Aircraft Operations Facility (DAOF – pronounced “day-off”).  Fortunately, this all went smoothly and the SARPians were all badged and inside our conference room by 9AM.

Monday’s lectures began with Dr. Jack Kaye, Associate Director for Research in the NASA Earth Science Division who gave us a space-based view of the Earth’s changing climate and its implications. Dr. Ken Jucks then discussed NASA’s atmospheric composition research.   Many were surprised to learn how large of a role NASA plays in Earth and climate science research.  After lunch trips to local Palmdale eateries,  we heard from Dr. Bruce Doddridge who discussed NASA’s research program in tropospheric chemistry.  Watch all the lectures here:

The interns were then treated to a tour of the DAOF hangar where they got to see and learn all about the high flying ER-2’s, SOFIA (a telescope inside a 747), and the retired Space Shuttle Carrier that now resides outside the DAOF.  Students were able to board the Shuttle Carrier and walk around the cavernous interior. 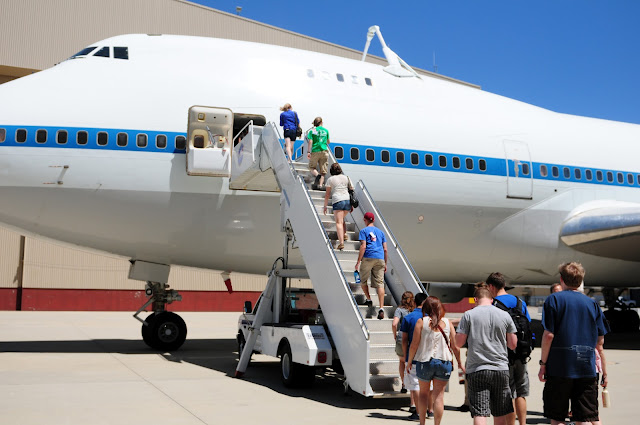 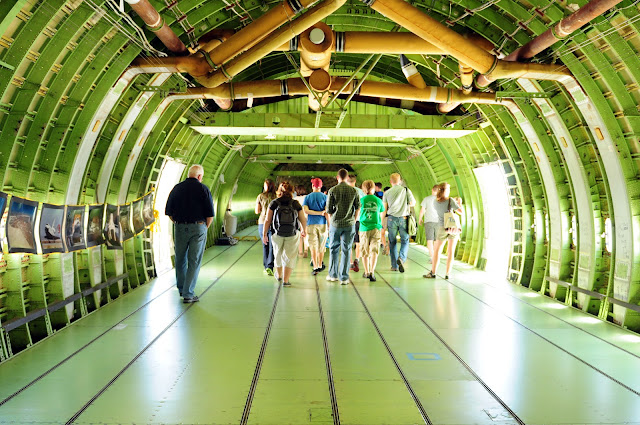 Inside the Space Shuttle Carrier

Everyone also got the opportunity to sit in the cockpit. 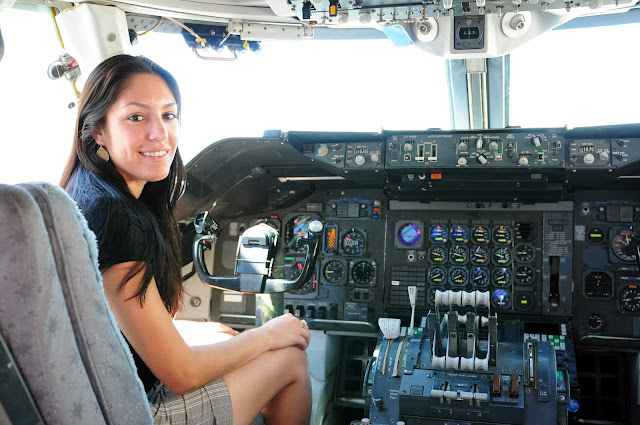 Lucy in the cockpit of the 747 Space Shuttle Carrier

After returning inside from the tour, Randy Albertson, Deputy Director of the Airborne Science Program discussed the variety of aircraft and instrumentation available to scientists and described some past and upcoming Airborne Science campaigns.  Everyone was especially excited to learn more about the P-3 Orion, SARP’s airplane for the flights next week that will be arriving at the DAOF on Wednesday.

In addition to these lectures, students learned all about remote sensing and the MASTER instrument from Jeff Myers of the Airborne Sensor Facility.  The last lecturer of the day,  Dr. Melissa Yang, discussed CO2 and the AVOCET instrument.

On Wednesday morning, the NASA P-3 Orion took off from its home-base at Wallops Flight Facility and began its journey to the DAOF.  We eagerly tracked the location of the plane on a map as it flew across the country during our morning lectures.  After listening to the second round of talks from each of the four research group leaders, students got the opportunity to pick which group they wanted to join.  Over lunch, the faculty and NSERC staff did our best to assign each student to his/her first choice of group (26 people got their first choice, 6 got their second).
When we returned from lunch we raced out to the end of the hangar to watch the arrival of the P-3 at the DAOF. 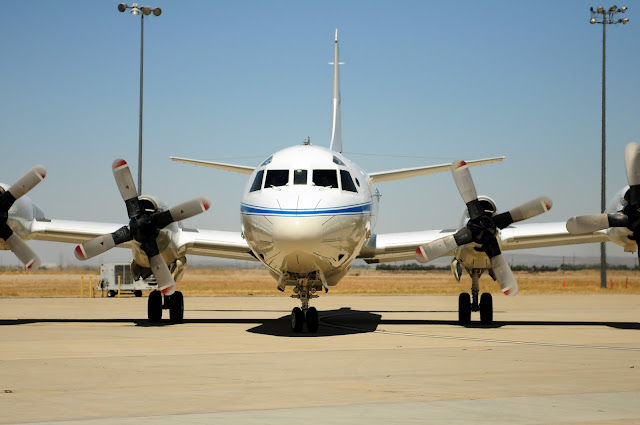 Awaiting the arrival of the P-3

After greeting the airplane and its crew, we returned to the lecture hall for lectures from SARP faculty member Dr. Henry Fuelberg who discussed meteorology for Airborne Scientists. 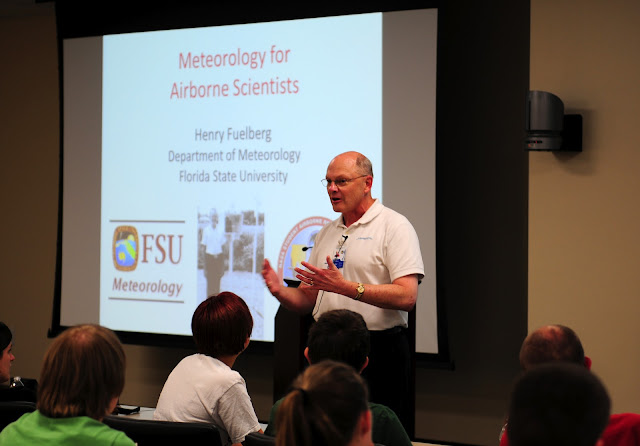 After Dr. Fuelberg’s lectures, the four research groups were revealed.  Each faculty member and mentor met with their group of eight students for the first time to discuss their plans for instrument integration, calibration and preparation for the flights next week.

On Thursday and Friday the four groups separated to work on preparing for next week.  The two atmospheric science groups had a lot of hands-on tasks to accomplish in order to finish the installation and testing of their instruments on the P-3. 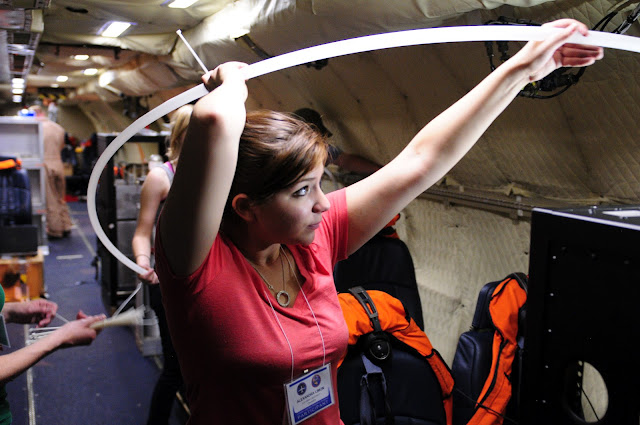 Alex L. assists with the installation of the UH air quality instruments onboard the P-3

The remote sensing groups watched as MASTER was installed on the P-3.  They had a lot less to do than the atmosphere groups and were therefore able to start seriously thinking about and preparing for their individual research projects. 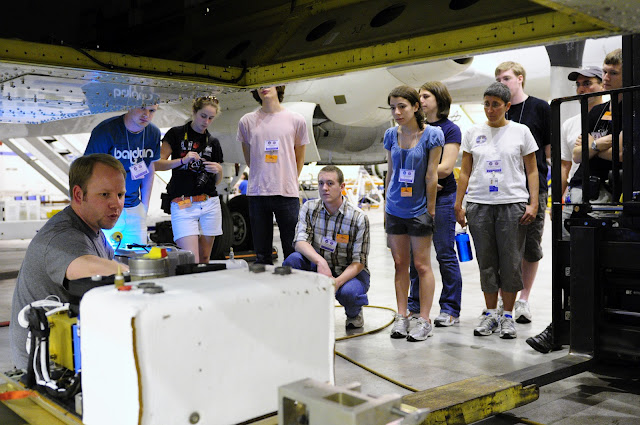 The MASTER instrument is installed on the P-3

All of the instruments were successfully installed by 1PM on Friday.  At 1:30PM, the P-3 took off for a “shake flight.”  During this check-flight, the pilot performs a series of maneuvers designed to make sure that the instruments are installed properly.

While the plane was flying, Eric Buzay, the National Suborbital Education and Research Center (NSERC) Facility Instrumentation Specialist, lectured to the group instrument integration.  Dr. Fuelberg then gave us another weather update. He discussed the chances that the Santa Barbara channel would be clear for our flight on Monday afternoon (it’s looking hopeful!)  Finally, Rick Shetter, NSERC’s director, discussed all the different aspects that go into flight planning for Airborne Science missions.  He showed us the science goals and locations for the six flights next week but noted that flight planning is just that, planning, and that decisions have to be made in real-time that can alter the plan.

Saturday was a free day for the SARPians.  About half of the group went hiking in Vasquez rocks in Agua Dulce, CA. 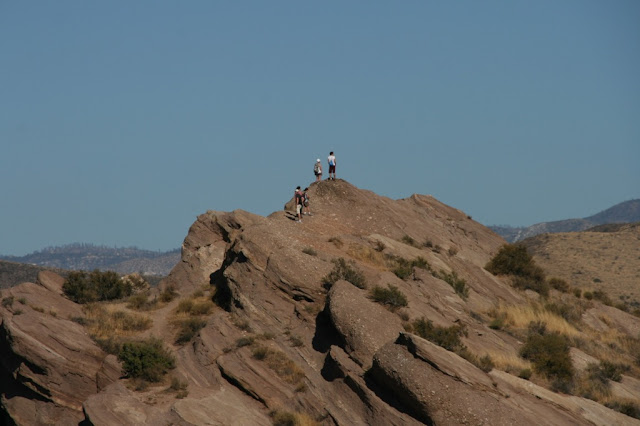 After hiking, everyone drove to my house in Agua Dulce for a group dinner/BBQ. 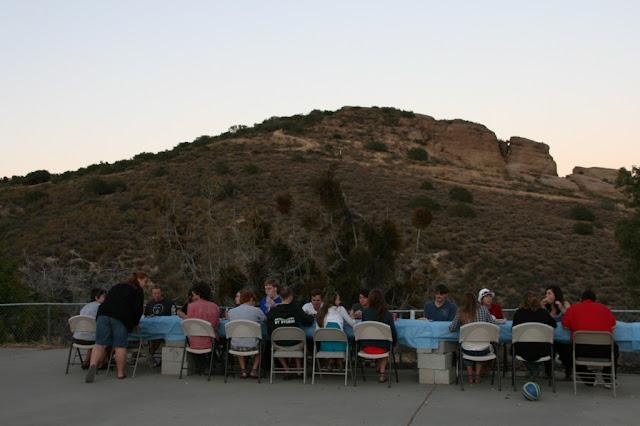 Good food and company was had by all. 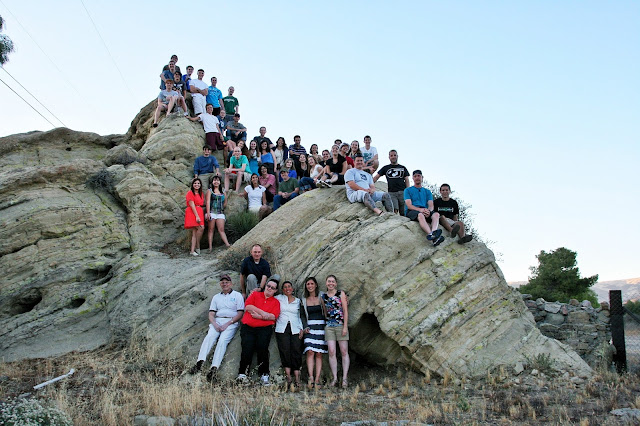 All in all, an excellent start for the first week of SARP 2012!  We all can’t wait for the flights next week!
Follow the progress of SARP here: