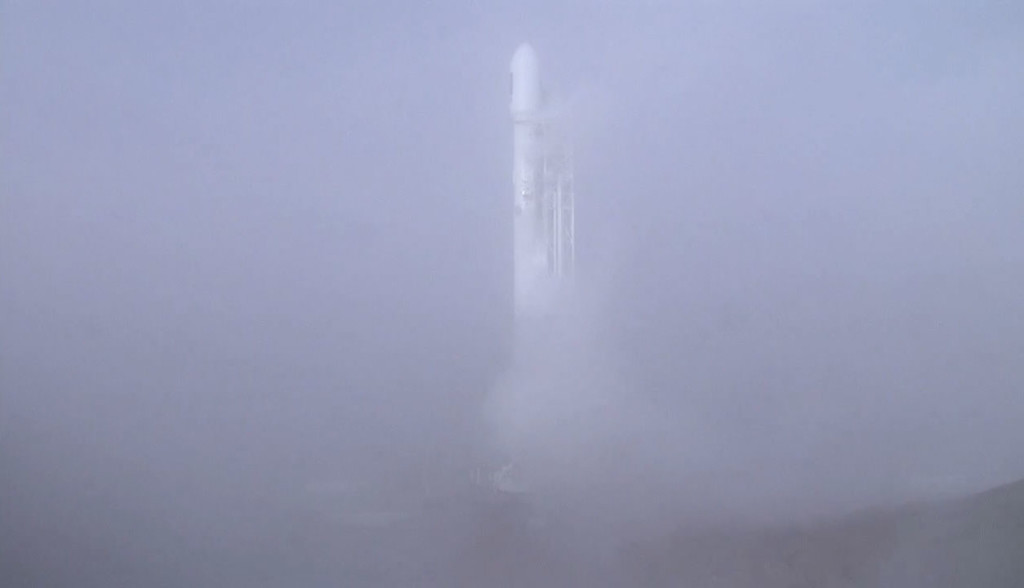 Jason-3 is a four-agency international partnership consisting of NOAA, NASA, Centre National d’Etudes Spatiales, or CNES — France’s space agency — and the European Organization for the Exploitation of Meteorological Satellites, or EUMETSAT. Thales Alenia of France built the spacecraft.

According to Jim Silva, NOAA’s Jason-3 program manager, this international partnership is the secret to the mission’s success.

“This mission could not be possible without the productive collaboration between NOAA and its partners: EUMETSAT, the French space agency CNES, and NASA,” Silva said Friday. 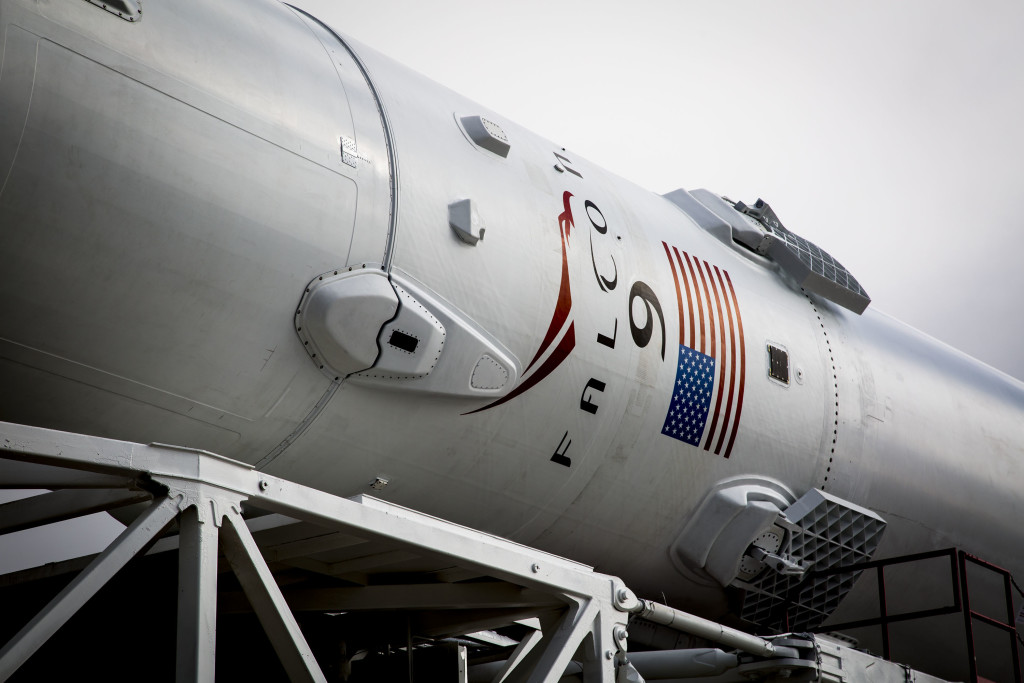 The Jason-3 satellite is getting its boost into orbit aboard a SpaceX Falcon-9 rocket, a two-stage vehicle powered by nine Merlin engines on its first stage and a single Merlin engine on its second. The rocket has a 12-foot diameter and with the payload fairing installed stands 226 feet tall. This mission marks the first time SpaceX is launching a payload for NASA’s Launch Services Program.

The rocket moved to the launch pad Friday and was raised into launch position yesterday, and now it stands poised for liftoff.

“Everything is in great shape and the vehicle is really ready to go,” SpaceX Chief Engineer Hans Koenigsmann said Friday.

Image above: The SpaceX Falcon 9 rocket is rolled from a hangar at Vandenberg Air Force Base in California to Space Launch Complex 4 on Jan. 15. Photo credit: SpaceX 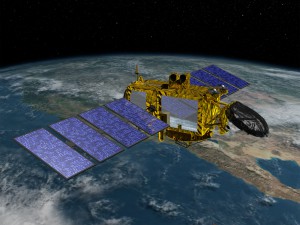 Jason-3 is the fourth in a U.S.-European series of satellite missions that measure the height of the ocean surface, extending the time series of ocean surface topography measurements that began with the TOPEX/Poseidon satellite mission in 1992 and has continued through the currently operating missions: Jason-1, launched in 2001, and OSTM/Jason-2, launched in 2008. The Jason-3 mission is planned to last at least three years, with a goal of five years.

“In my opinion, Jason-3 and its three predecessors — Topex-Poseidon, Jason-1 and Jason-2 — provide the most accurate measurements of global sea surface heights. Think of it: a satellite orbiting that is orbiting Earth more than 1300 kilometers away is able to tell us height of the sea surface with an accuracy of less than two inches,” Jim Silva, NOAA’s Jason-3 program manager, said Friday.

“To paraphrase from Charlotte’s Web, that is some satellite.”

One major advantage of Jason-3 over earlier satellites, Silva explained, is its improved algorithms. With Jason-3, forecasters and researchers will be able to determine wind speeds and ocean currents within about a kilometer from U.S. shorelines — a significant advantage over the spacecraft’s predecessors, which could detect these features about 10 kilometers from shore. That’s especially useful for search and rescue operations in the case of downed ships close to shore. 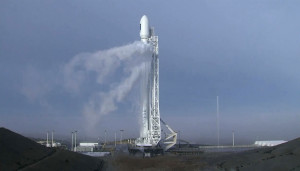 Launch managers and controllers have been stationed at their consoles since early this morning to get the final phases of the countdown under way. They received a weather briefing from Launch Weather Officer Lt. Joseph Round, then conducted a poll to verify all systems were ready to begin the fueling process.

RP-1, a rocket-grade kerosene, has been loaded into the first stage and is continuing to load into the second stage. Liquid oxygen is about to be loaded into both of the rocket’s stages. 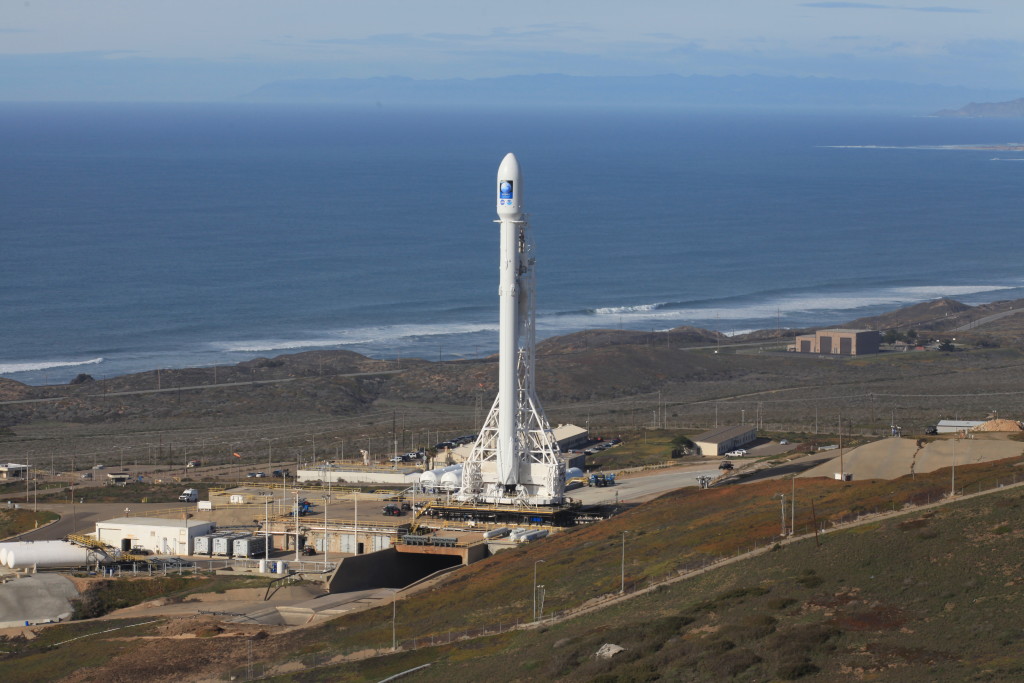 Earth’s oceans could have a new observer in orbit just a few hours from now.

Countdown clocks are ticking steadily down toward the planned launch of the Jason-3 satellite aboard a SpaceX Falcon 9 rocket from Vandenberg Air Force Base in California. Liftoff from Space Launch Complex 4 is slated for 10:42:18 a.m. PST / 1:42:18 p.m. EST at the start of a 30-second launch window.

Launch Weather Officer Lt. Joseph Round of the 30th Operations Support Squadron at Vandenberg predicts a rare 100 percent chance of favorable conditions during the countdown and liftoff.

The product of an international partnership, Jason-3 will measure the topography — the “hills and valleys” — of Earth’s oceans, generating data for use in weather modeling, seasonal and tropical storm forecasting, the maritime safety community and research. The Jason-3 mission enhances our ability to monitor Earth right now, using the vantage point of space to increase our understanding of our home planet, improve lives and safeguard our future.

NASA’s Jason-3 launch blog originates from a console in Hangar AE on Cape Canaveral Air Force Station in Florida. Therefore, times mentioned within blog posts will be in Eastern time unless otherwise noted. 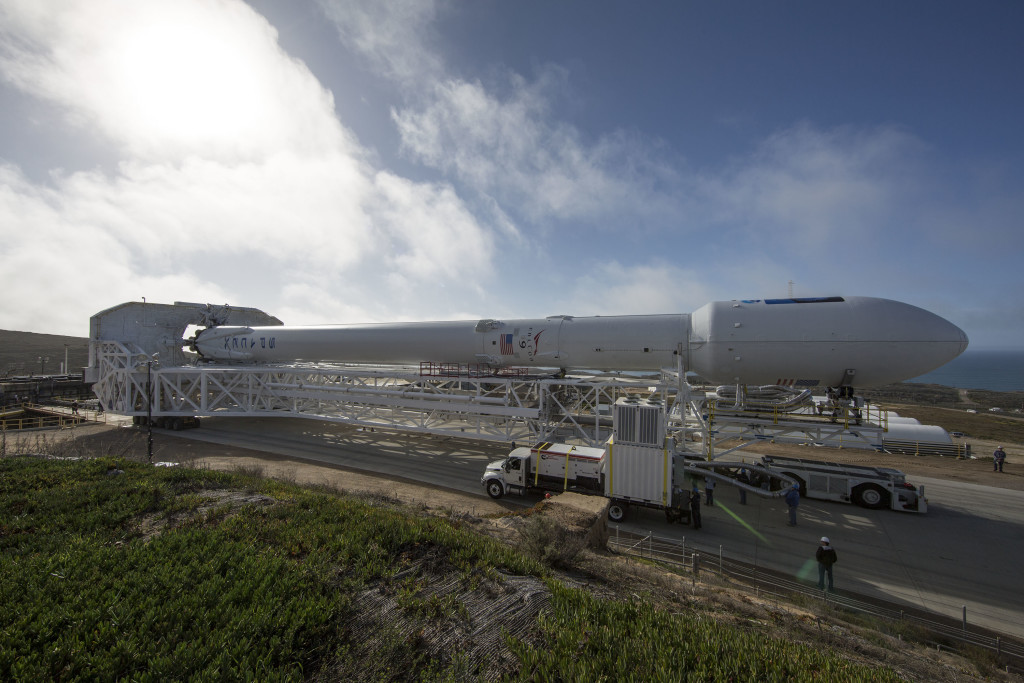 In the meantime, learn more about how Jason-3 will provide scientists with essential information about global and regional changes in the seas, and what it will take to send it into space: