Skip to content
By Greg Hartt, SARP Mentor
On July 3rd, the WAS (Whole Air Sampler) Group took off for the sunny San Joaquin Valley in central California to start our ground sampling trip in the oil fields near Bakersfield, CA. With an early 6:00 am start, nearly everyone spent the entire 2.5 hour van ride on the I-5 catching up on some sleep after spending the previous day in lab.

Our goal was to map the hydrocarbon emissions of the oil infrastructure in the Buena Vista, Elk Hills, and Midway-Sunset oil fields to compare with our flight data from the P-3B. In previous SARP years, our lab has focused on the emissions from dairy farms in the Central Valley, so we wondered what effect the oil fields were having on the air quality in the southern parts of the Valley. While I had done some field work around the oil fields in the spring it always seems like an adventure taking air samples up there. 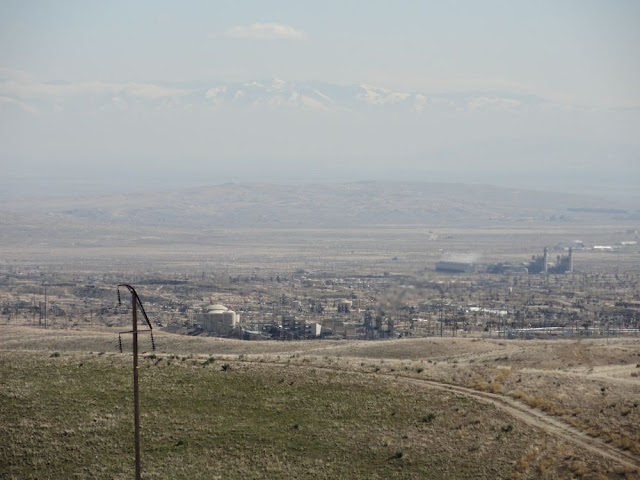 After getting off of I-5 and taking the requisite bathroom break, we started our air sampling in an agricultural area. We went over sampling technique – hold the canister up high, position yourself downwind of the canister, open slowly to allow a constant flow of air over ~30 seconds. After everyone knew what to do, we started our sampling expedition. Kelvin acted as our designated bookkeeper, recording all of the locations, times, temperatures, wind directions, etc. Ricky served as a navigator, helping move from sample site to sample site, and everyone else shared the sampling and measurement jobs throughout the day.

Early on, we encountered a dog named Albie, who was excited to make nine new friends. Unfortunately, we had to leave him behind.

After the group warmed up with some samples off of CA-119, we took the van on some dirt roads to take samples downwind of the Elk Hills oil field. Fortunately, everyone’s stomach handled the half hour of bumpy driving – I would expect nothing less after they all fared so well on the P-3B flights. 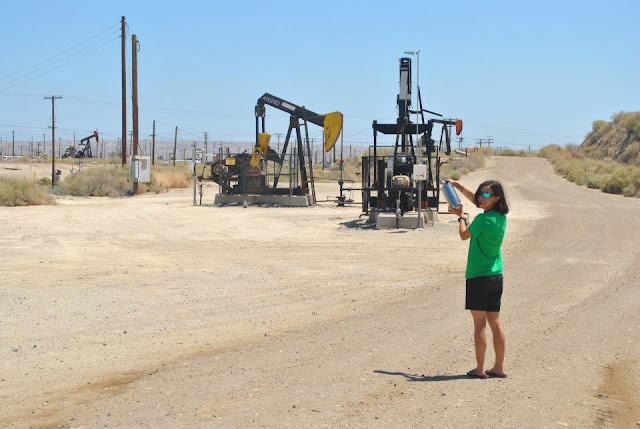 Tamara takes an air sample near oil wells near the road.

Returning from our washboard road experience, we continued south to head through the Buena Vista oil field to begin our air sampling in the Midway-Sunset oil field, north of Taft, CA. When I started sampling in this area in February, I was astonished by the density of oil wells in this area. I was clearly not alone when the SARP students started gasping as we rounded a corner to see the Midway-Sunset oil field. 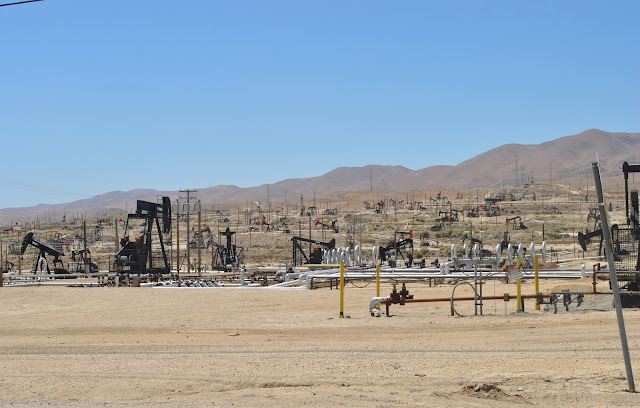 After taking another 15 air samples in the heat, it was time for a break, so we pulled the van over next to an aqueduct north of Midway-Sunset. We all enjoyed the rest and our late-afternoon lunches, but it was soon time to move on to the next sample site in the middle of the Elk Hills oil field.

We finished off the afternoon by taking some samples among the dairies and orchards to determine the inflow from upwind locations. Finally, after eight hours of sampling in and around the oil fields, it was time to return home. Slogging through the rush hour traffic in LA, most people napped after a long day in the field, getting ready to start analyzing the samples the next morning. 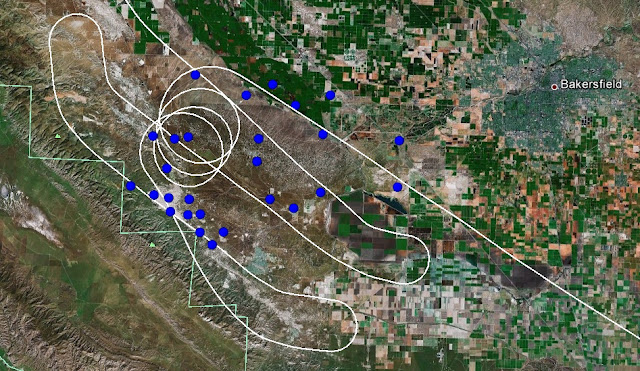