DUTCH HARBOR, Alaska — Low clouds and damp, chilly air did little to stifle the anticipation of 47 researchers onboard the U.S. Coast Guard Cutter Healy as it powered away from Dutch Harbor, Alaska. At 8 a.m. local time, the icebreaker, scientists and crew forged north, marking the start to NASA’s 2011 ICESCAPE voyage. 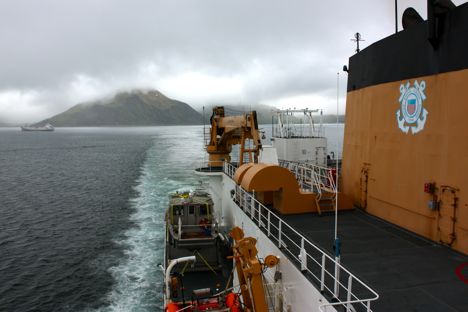 The goal, simply, is to collect data from ocean and sea ice stations to find out how changes in the Arctic — particularly the changing sea ice — affect the ocean’s chemistry and ecosystems. It’s a job that NASA does from space, providing coverage over the entire Arctic region. To better understand what satellites see, however, we need boots on deck and on the ice to tease out the Earth system’s complex connections and processes.

A few final glances back to shore and we turn our sights ahead. For five weeks we’ll be living together, eating together, and executing a well choreographed dance of data collection and analysis.

Get a taste of shipborne Arctic science by following our daily blog posts. Here’s a preview oft what’s lined up … 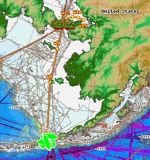