Hello from 79°N! I bid you a happy Saturday. Despite the fact that it is the weekend, we are hard at work here in Ny-Alesund. We have long since abandoned the Monday through Friday 9 to 5 routine, and our schedule is now dictated by the weather. The local and expected weather conditions over the sea ice are favorable for flying and data collection, so we press on. We are currently in the midst of our second science flight over the ice, and I am filled with great anticipation. Today, SIERRA has been programmed to fly a fairly complex grid pattern in order to optimize the performance of the laser altimeter and SAR payloads, and to provide a dense sampling of measurements over a localized area of ice. The total flight distance is approximately 480 km, which is expected to take around 5 hours. During this time of waiting for the plane to return I will take a moment to give you my personal perspective on our operations.

Dr. James Maslanik (a.k.a. Jim) is acting as our local meteorologist. He is continually checking a variety of data sets, ranging from satellite imagery to atmospheric soundings and forecast models, to get a feel for the weather that can be expected in the upcoming days. The team is interested in the local weather conditions here at the airport, which impacts our ability to launch and recover the plane, and the conditions over the ice, up to 500 km away, which impacts our ability to collect valuable data. We have found that it is rather difficult to predict the conditions over the ice, due to a complete lack of in situ observations, and that the conditions over the ice can be dramatically different than those found locally. This fact was clearly illustrated during our first science flight a few days ago. At that time there were scattered cloud cover in the vicinity of the airport, with a cloud base around 1000 m. Since we fly our missions at a maximum of 100 meters, we sent the plane out and expected it to fly below the clouds. However, the plane had water droplets on it upon landing, and the imagery and laser data collected during flight were contaminated by visible moisture while over the ice. It quickly became evident that SIERRA was flying through clouds. Additionally, we found that there can be a dramatic difference in cloud conditions over the open ocean and over the ice, making it difficult to know the conditions SIERRA will encounter. 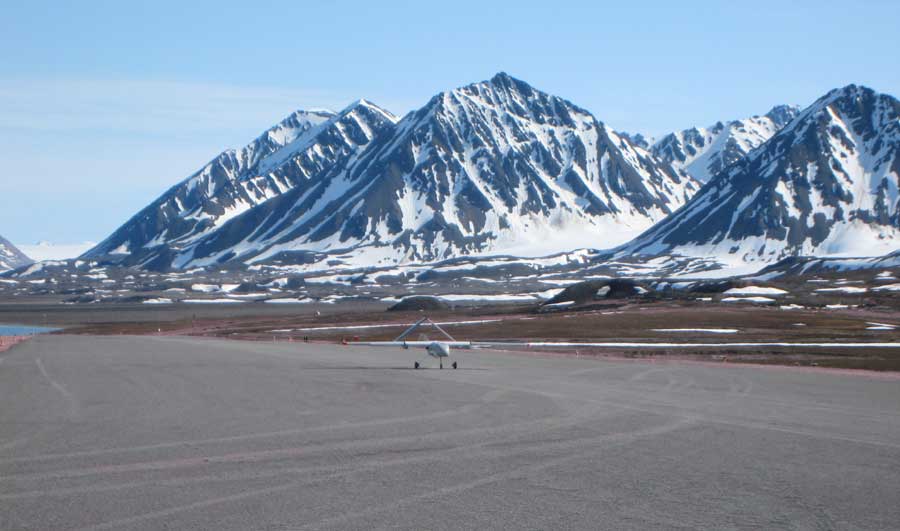 Every evening the team meets in our lounge to discuss the next day’s events. Jim provides his weather predictions, and we decide if we will fly a mission the following day. Come morning, we asses the weather one last time and make the final go/no-go decision. Today, the conditions were favorable, and despite the 15 knot winds and freezing temperature we had a clean takeoff in front of a rather large group of spectators. We were joined by a number of local residents and scientists who have heard about our mission and were interested in watching our operations. We were also joined by an American contingent consisting of several undergraduate students from around the country who are here gaining experience in Arctic field research. Today they had the opportunity to witness Arctic UAS operations first hand, and I think we gave them a good show.

The data collected here will form the basis for my Ph.D. thesis, so I feel like I have a lot riding on the success of this mission. I am primarily interested in the data collected by the laser altimeter system and the still and video cameras. SIERRA is also outfitted with a suite of radiation sensors and spectrometers, but those are of secondary importance to me. The altimeter system consist of two range detecting IR lasers, one pointing nadir and one angled out 15 degrees from nadir, a GPS receiver, and an inertial measurement unit (IMU). The lasers measure the range from the aircraft to the surface and the GPS provides the altitude of the aircraft. With these two pieces of information it is possible to extract the topography/roughness of the underlying ice surface. To maximize the accuracy of the topography measurements, the IMU data is used to correct for off-nadir laser slant range measurements resulting from aircraft attitude (roll and pitch), and GPS base stations are leveraged to perform differential GPS corrections. The imagery is used to help interpret the topography measurements, and can can be use to identify various ice regimes and melt pond extent. The general goal of my thesis is to relate the small scale topography and roughness measurements to other parameters, such as ice age, ice thickness, and melt extent. It may then be possible to correlate these parameters to large scale satellite observations, which can in turn be used to characterize the sea ice and its morphology throughout the Arctic basin. 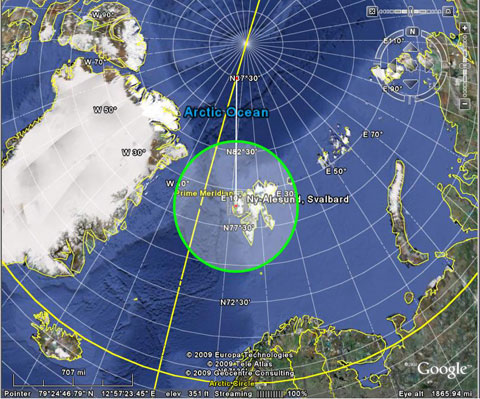 SIERRA is now flying it’s course, and although I am very confident in the plane, everyone’s individual abilities, and the performance and reliability of the instruments, I am always quite anxious during the flights. There is always a sense of unknown and “what-if” that runs through my mind. I find myself continually hoping that the plane returns safely and the instruments collect valuable data. It becomes mentally taxing over time, so writing this blog has been a great way to keep my mind preoccupied. I sincerely hope you will hear about the success of this mission long into the future. Thanks for reading.