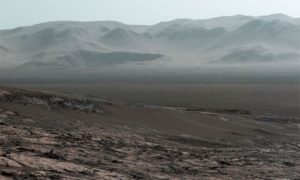 It’s funny, actually. The above panorama, courtesy of the Curiosity Rover, makes Mars look like a desert in Arizona, somewhere hot and rocky but habitable. But, Mars isn’t like any desert in Arizona. Mars has more in common with the summit of K21. It might look sunny, but the temperature sits around 32°F at midday and gets down to -110°F at night2. There is an atmosphere, but it’s impossible to breathe due to the fact that it’s 96% Carbon Dioxide with only 1% the density of the atmosphere on Earth. By comparison even the top of K2 averages 19°F during the day and 0°F at night and still has 33% of the atmospheric density as compared to sea level. 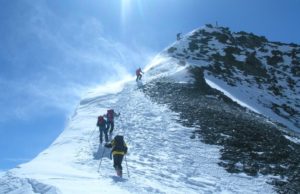 We will learn to master this terrain. But, these panoramas can trick us; they can make it look like the surface of Mars is safer than being in space. In truth, however, humans have been living in space for decades, and have learned how to do so safely. We have never tried to live on another planet. If there was a rule for Low Earth orbit missions it would be, “space is dangerous; the surface is safe.” We need to be careful not to get stuck in a paradigm and assume the same rule applies to Mars. We need to look at this panorama and see past the beautiful, Earth-like landscapes, to the challenges that underlie them. Mars is nowhere near as safe as the amazing planet that we call home!

These misconceptions are exciting for me. They point to all of the mysteries that still need to be uncovered and all of the technology we need to develop. We will need to practice and learn before we know as much about living on Mars as we do living in space. It strongly suggests that we will need to incrementally step our way to permanent presence on Mars—with orbital missions coming first, followed by short and then increasingly longer stays on this new planet. Even this step wise approach will be incredibly challenging as we learn to overcome the challenges that Mars poses, but if becoming a multi-planetary species was easy, it wouldn’t be fun!