Flight controllers have confirmed that the Cygnus spacecraft’s solar arrays have deployed and are providing power.

It will arrive at the International Space Station Friday morning carrying about 7,600 pounds of research investigations and equipment, cargo and supplies that will support some of the hundreds of investigations aboard the orbiting laboratory. The Cygnus spacecraft will be attached to the bottom of the station’s Unity module, where it will remain for about three months.

A postlaunch press conference will take place at 8:15 p.m. on NASA Television and at nasa.gov/live.

Among the science investigations: testing gels in microgravity as models for growing increasingly complex materials, a new tool to conduct life sciences research with just a few drops of blood, exploring Vascular Aging and the effects of weightlessness on the blood vessels and heart, examining the effects of spaceflight on the function of antibody production, and immune memory, demonstrating the first two of three Astrobee robots, and a technology that tests a method to remove carbon dioxide from air aboard the orbiting outpost.

United Launch Alliance and Orbital ATK’s Launch Readiness Review for the Atlas V rocket with the Cygnus cargo resupply module was held April 15 at Cape Canaveral Air Force Station in Florida. Launch managers from ULA, Orbital ATK and NASA determined all is ready for a targeted launch to the International Space Station on Tuesday, April 18. The liftoff from Space Launch Complex 41 is scheduled for 11:11 a.m. EDT and there is a 30-minute launch opportunity available.

NASA TV launch coverage will begin at 10 a.m. EDT on air and streaming at www.nasa.gov/ntv. Ten minutes prior to liftoff, NASA TV’s YouTube channel will debut full, 360 coverage of the launch at http://youtube.com/nasatelevision

Learn more about the 360 video coverage at https://go.nasa.gov/2ove1Yw 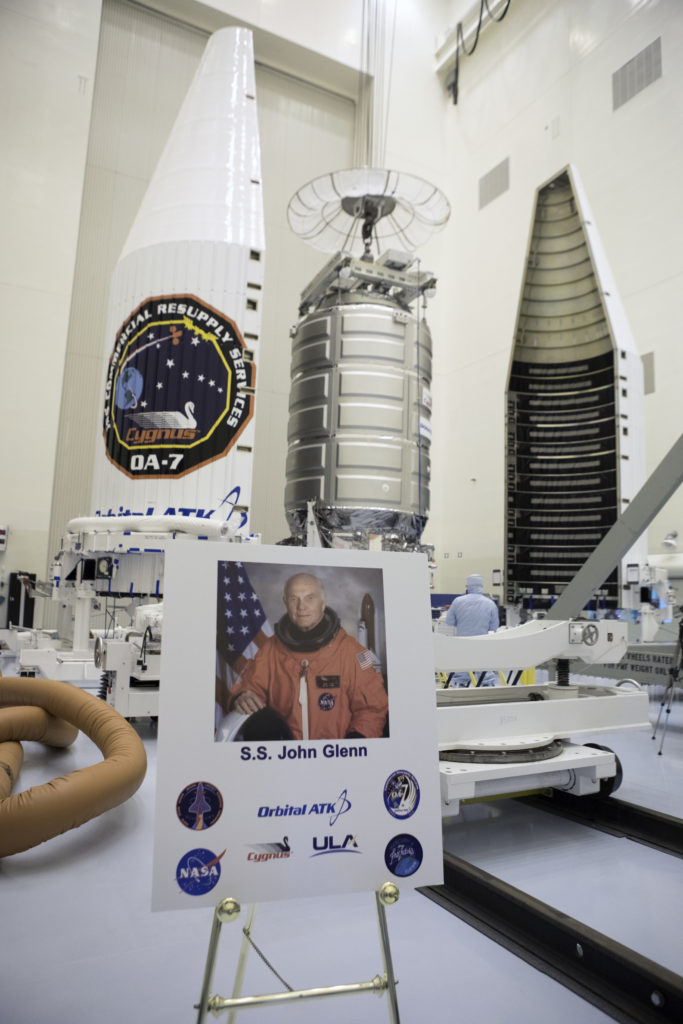 Expedition 50 robotic arm operators Shane Kimbrough of NASA and Thomas Pesquet of ESA (European Space Agency) commanded the International Space Station’s Candadarm2 robotic arm to release the Cygnus spacecraft at 8:22 a.m. EST while the space station was flying 251 miles over the Pacific Ocean, off the west cost of Columbia. Earlier, ground controllers detached Cygnus from the station and maneuvered it into place for its departure.

Once Cygnus is a safe distance away from the station, ground controllers at Glenn Research Center in Cleveland, Ohio and at Orbital ATK in Dulles, Virginia, will activate the Saffire-II experiment.
Cygnus also will release four LEMUR CubeSats from an external deployer on Friday, Nov. 25, sending them to join a remote sensing satellite constellation that provides global ship tracking and weather monitoring.

The spacecraft will remain in orbit until Sunday, Nov. 27, when its engines will fire twice, pushing it into Earth’s atmosphere, where it will burn up over the Pacific Ocean.

Orbital ATK’s Antares rocket began rolling out of the Horizontal Integration Facility at NASA’s Wallops Flight Facility in Virginia on the afternoon of Oct. 13, 2016. Launch of the Antares, with its Cygnus cargo spacecraft bound for the International Space Station, is currently scheduled for no earlier than Sunday, Oct. 16. Antares will launch from the Mid-Atlantic Regional Spaceport’s pad 0A at NASA Wallops, on Virginia’s Eastern Shore near Chincoteague.

The launch window on Oct. 16 opens at 8:03 p.m. EDT. The latest forecast from the Wallops Weather Office predicts warmer than average weather for Sunday evening. Mid- and upper-level cloudiness will increase over the Wallops region Sunday evening, as a weak cold front approaches the northern Mid-Atlantic. The main weather concern for the launch appears to be a low chance of thick clouds, and weather is currently 95 percent go.

Cygnus will carry about 5,100 pounds of cargo, including crew supplies and vehicle hardware, to the space station, to support dozens of science and research investigations.

Orbital ATK will make its fifth Cygnus cargo delivery to the space station this summer under its Commercial Resupply Services contract with NASA. The agency and Orbital ATK currently are targeting July for launch of the company’s Antares rocket from Virginia’s Mid-Atlantic Regional Spaceport Pad 0A at Wallops.

During the media event Orbital ATK announced that they will name this Cygnus spacecraft the S.S. Alan Poindexter, to honor the memory of former astronaut and Navy aviator Capt. Alan Poindexter. More information on the next Cygnus mission is available from Orbital ATK at http://go.nasa.gov/1RZdEuy.

The Cygnus spacecraft is recharging its batteries now that both of its circular solar arrays are unfolded and opened to gather the sun’s energy. “This means that we have come to a successful conclusion of our launch tonight,” said NASA Launch Commentator George Diller. Launch photo by NASA/Kim Shiflett 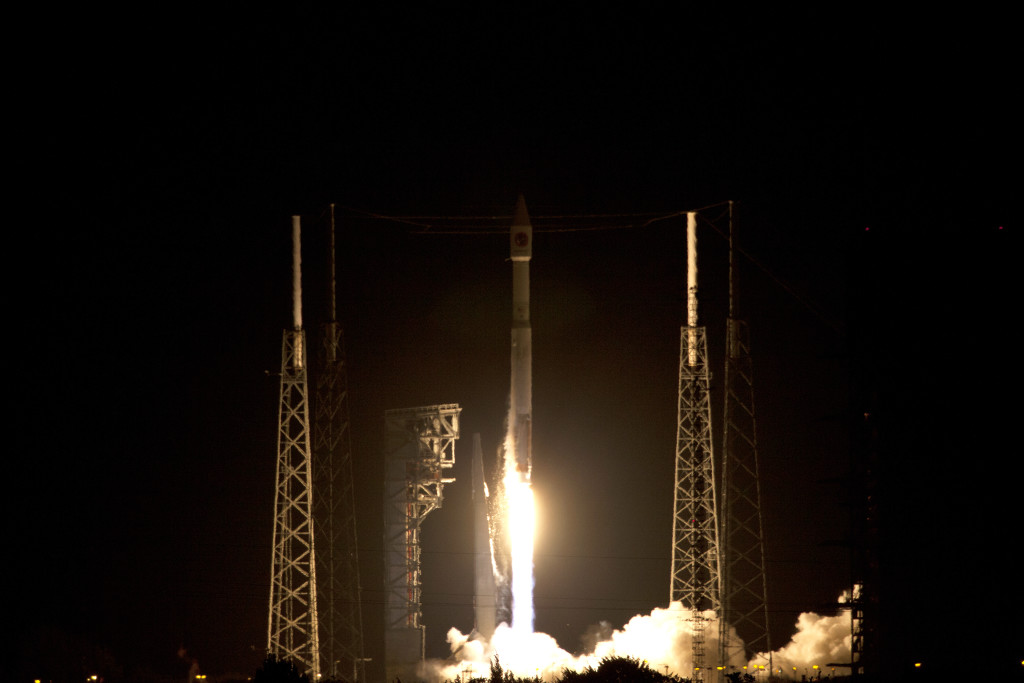 The Orbital ATK team has confirmation from its Cygnus spacecraft that the first solar array has deployed as planned. The second is unfurling now.