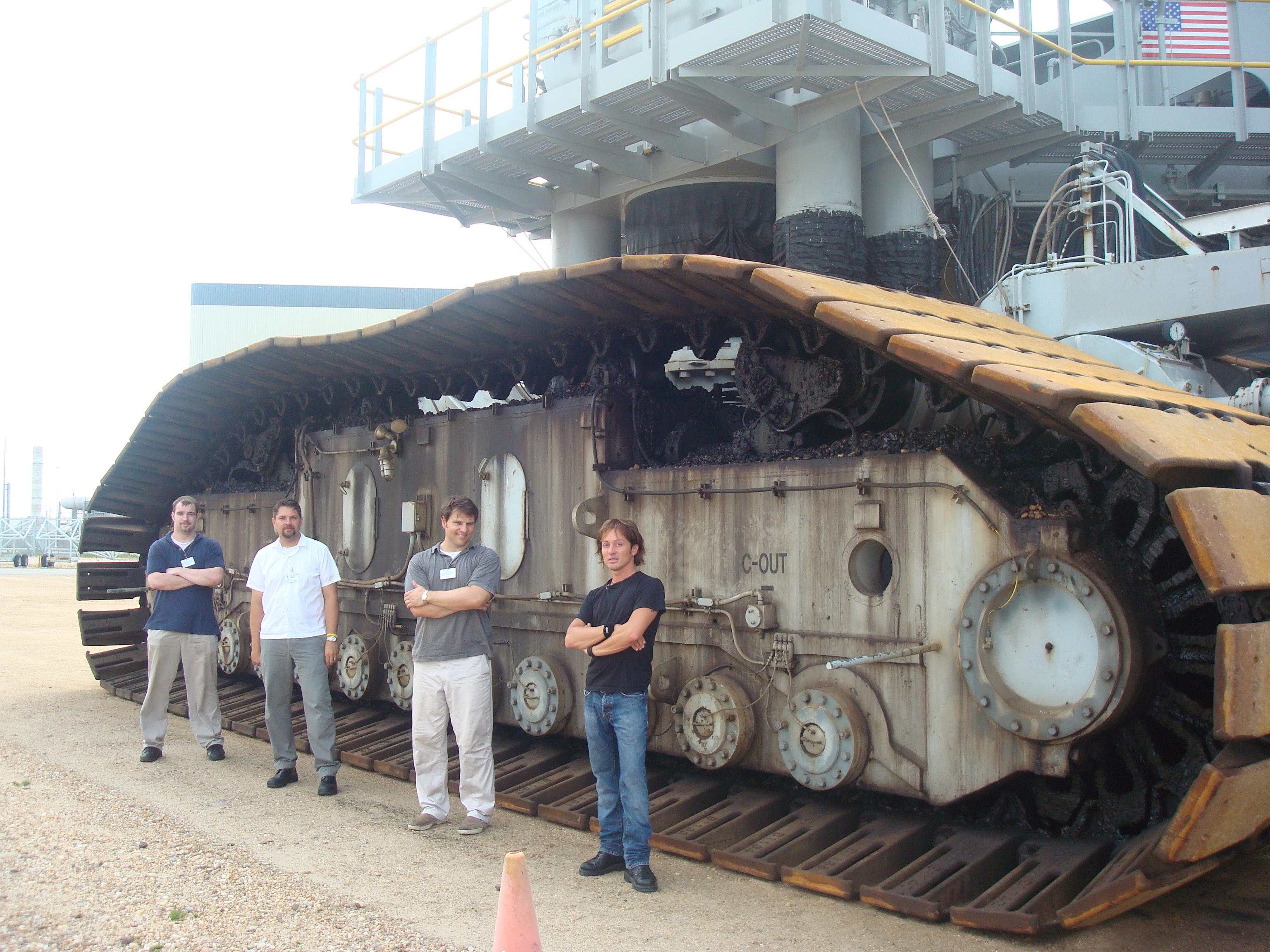 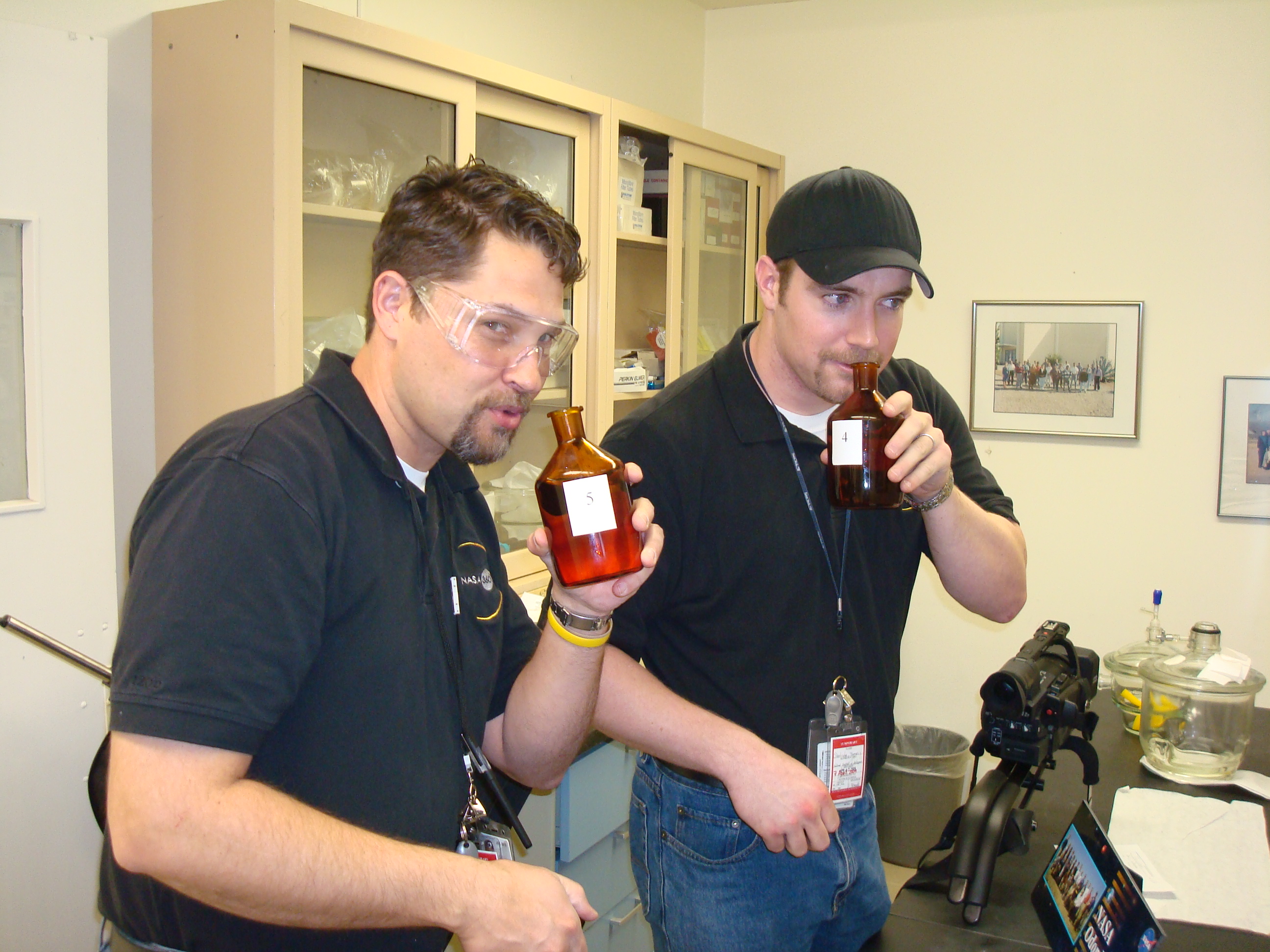 We just returned home from shooting another segment out at the White Sands Test Facility near Las Cruces, New Mexico.  While there we shot a story about how NASA tests materials to make sure they are not too noxious for our astronauts.  In the picture you can see that Tom and I were smelling some of the test materials.  Some smelled pretty good, but others were awful!  We also shot a story about the Hyper velocity test facility out there.  That is where they shoot projectiles at over 17000 mph to test different material strength.  This show should be out soon , but you can see pictures of this shoot and others at this site:
http://community.webshots.com/user/NASA360

Thanks for reading and send us your comments!
Kevin