When NASA has built a rocket, it has historically been done in segments, or stages.  For example, the Saturn V used to take astronauts to the moon during the Apollo program had three stages. The Constellation Program’s new Ares I rocket will have two stages – the first and upper stages.

Some have asked, why do you need stages? Why not build one large ship and be done with it? The reasoning for this is simple — most of the structure used in a launch vehicle houses the fuel needed to power the propulsion system. As the vehicle burns fuel, it no longer needs the full-sized structure to reach orbit; therefore, it becomes excess weight. By staging or dropping off these stages, the vehicle becomes lighter and the propulsion system has to push less weight into orbit.

While staging is a necessary part of the launch process, it does have potential risks and is given additional scrutiny because of the relative complexity. As with all launch events, staging is studied carefully by project engineers to ensure mission success. This is a normal part of the NASA development process.  For Ares, NASA has evaluated the first-stage-to-upper-stage-separation event from the perspective of ensuring the ability to separate, being able to confirm separation has occurred, and having sufficient clearance to not re-contact the J-2X engine nozzle with the interstage as it is pulled away from the Ares I upper stage.

As part of this process, NASA engineers ran thousands of physics-based models (“Monte Carlo” analyses) to evaluate the first stage/upper stage separation. These models are developing and continue to improve. In addition, engineers analyzed and evaluated the system redundancies and potential for re-contact between the J-2X nozzle and the interstage. NASA’s analyses concluded that there will be a good separation, even in a worst case scenario. Because this is a critical event, NASA had the Aerospace Corporation perform an independent analysis and their conclusions supported the NASA analysis.

This along with many other developments is a key “risk” that will continue to be watched closely, and managed and mitigated using proven risk management techniques as we proceed with the final design phase of Ares I. 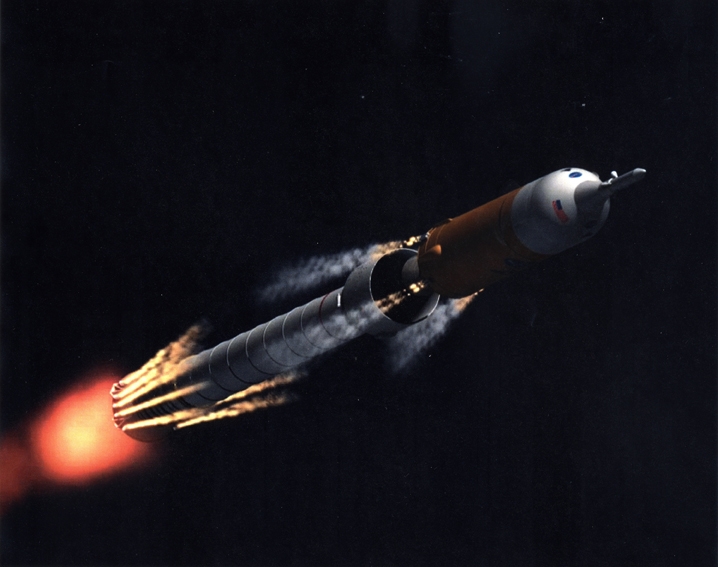 One thought on “Staging the Ares I”