An Orion model recently went through some testing here at the Johnson Space Center in an anechoic chamber. Orion’s antennas were being tested out in the chamber, which absorbs all soundwaves and other electromagnetic energy. This is done to more closely mimic the environment of space, and NASA conducted similar testing during Apollo and shuttle. NASA has several of these chambers at different centers, one of which makes an appearance during the movie “Armageddon.” 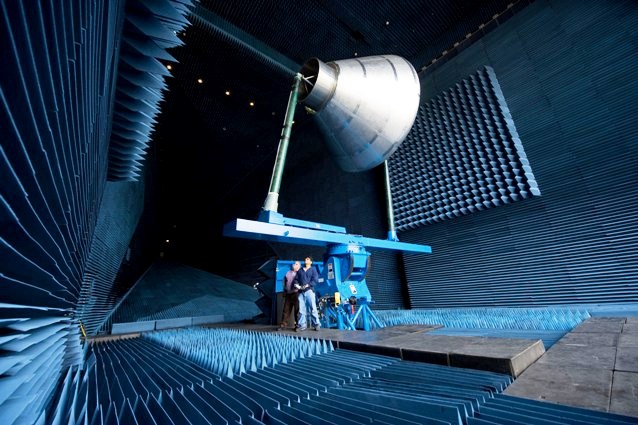 One thought on “Into the Blue (Foam Walls)”