Here’s a look at just a few of the crew modules being developed around the country for Constellation’s Orion crew exploration vehicle. 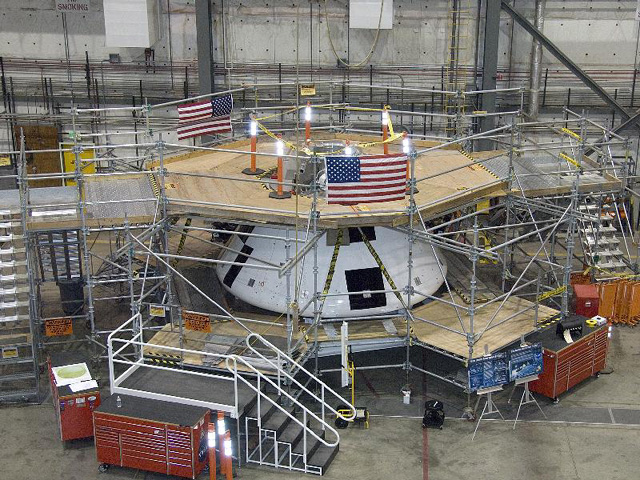 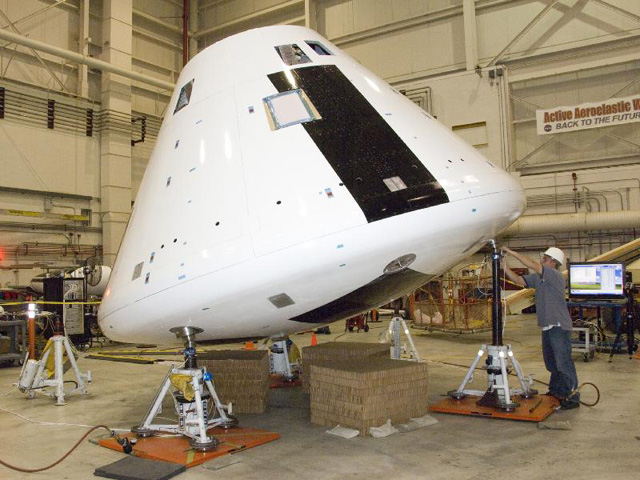 The boilerplate Orion crew module for the PA-1 flight test is tilted on jacks during weight and balance testing at NASA Dryden in late 2008. This module is now at White Sands Missile Range, N.M. to help teams prepare for PA-1. Image credit: NASA/Tony Landis 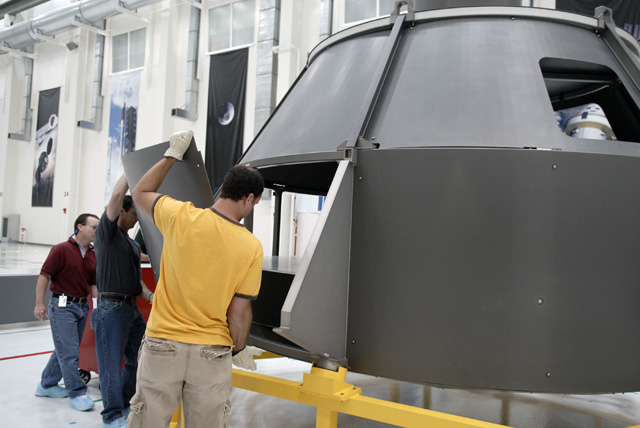 In the Operations and Checkout Building’s high bay at NASA Kennedy Space Center, Fla. technicians finished installing panels on the crew module mockup that simulate the spacecraft structure. The Orion crew module mockup at KSC is paving the way for Orion’s flights into space as teams simulate work to be done in the manufacturing and assembly processes. Image Credit: NASA/Kim Shiflett 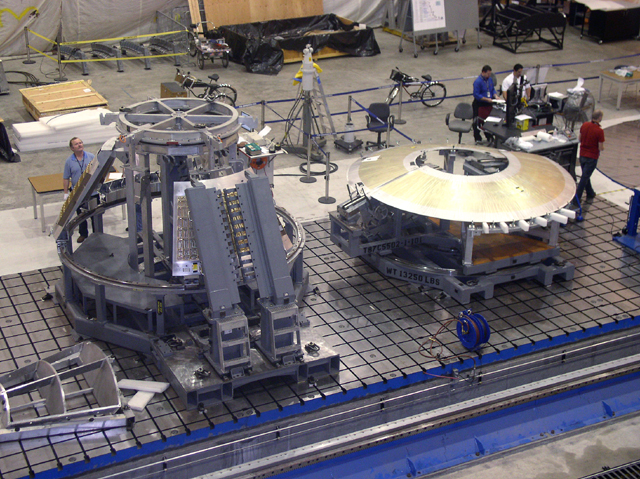 Orion prime contractor, Lockheed Martin, continues construction of the ground test article at the NASA Michoud Assembly Facility in New Orleans, La. This ground test article will serve as a production pathfinder to validate the flight vehicle production processes and tools. When completed, the module will be tested on the ground in flight-like environments, including static vibration, acoustics and water landing loads.  Image Credit: Lockheed Martin 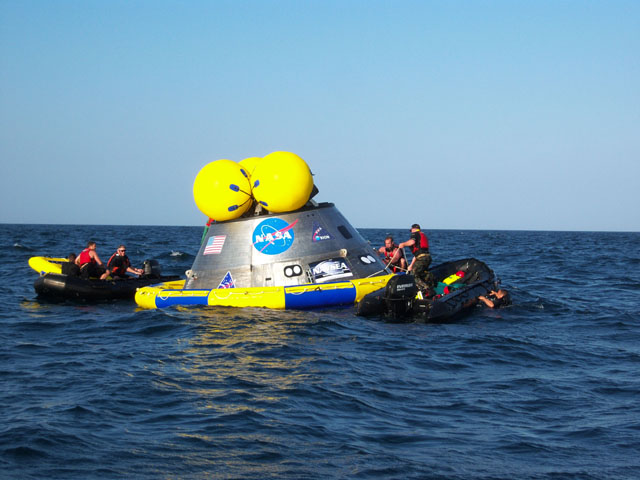 After completing its at-sea testing in the Atlantic Ocean, the Post-landing Orion Recovery Test (PORT) module is at KSC awaiting preparations for the next step. The next round of tests involve installing seats and simulated hardware inside the module for astronauts to practice getting out while in a wave-simulating pool in Aberdeen, Md. Image Credit: NASA

Lockheed Martin engineers sit inside a full-scale, low fidelity mockup at the Exploration Development Lab in Houston where engineers and astronauts work together on human factors studies such as vehicle fit, form and function as well as emergency ingress and egress exercises. Image Credit: Lockheed Martin

4 thoughts on “Orion Crew Modules from Coast to Coast”