Lately, the International Space Station has been flying through geomagnetic storms, giving astronauts an close-up view of the aurora borealis just outside their windows.

The leading edge of the March 6 coronal mass ejection, or CME, reached NASA’s Advanced Composition Explorer, or ACE satellite at 5:42 a.m. EST this morning. ACE sits just outside of Earth’s magnetic environment, the magnetosphere. As magnetic fields from the CMEs connected up to the magnetosphere, instruments on Earth began to measure changes in our planet’s magnetic fields – indicating the onset of a geomagnetic storm.

NASA models using data from the Solar Terrestrial Relations Observatory, or STEREO, and the Solar Heliospheric Observatory, or SOHO have now provided more information about the two CMEs associated with the March 6 flares. The first is traveling faster than 1,300 miles per second; the second more than 1,100 miles per second. NASA’s models predict that the CMEs will impact both Earth and Mars, as well as pass by several NASA spacecraft – Messenger, Spitzer, and STEREO-B. The models also predicted that the leading edge of the first CME will reach Earth at about 1:25 a.m. EST on the morning of March 8 (plus or minus 7 hours). Such a CME could result in a severe geomagnetic storm, causing aurora at low latitudes, with possible disruption to high frequency radio communication, global positioning systems (GPS), and power grids.

Surprising but true: Every day, on average, more than 40 tons of meteoroids strike our planet. Most are tiny specks of comet dust that disintegrate harmlessly high up in Earth’s atmosphere, producing a slow drizzle of meteors in the night sky. Bigger chunks of asteroid and comet debris yield dozens of nightly fireballs around the globe. Some are large enough to pepper the ground with actual meteorites.

With so much “stuff” zeroing in on our planet, NASA could use some help keeping track of it all.
Enter the Meteor Counter–a new iPhone app designed to harness the power of citizen scientists to keep track of meteoroids.The app is available free of charge in Apple’s app store. Just click on the link in the previous sentence or search for Meteor Counter in the app store, and let the observing begin.

The GOES series of satellites provide continuous (every 30 minutes) satellite information for the U.S. and are critical during hurricane season. GOES-11 and GOES-13 provide infrared and visible satellite data over the western and eastern U.S. and eastern Pacific and Atlantic Ocean. The 2011 hurricane season is now available in one 4.5 minute video from NOAA. GOES satellites are operated by the National Oceanic and Atmospheric Administration. NOAA just released a video from the GOES-13 satellite that takes the viewer through all 19 tropical cyclones that formed in the 2011 Atlantic Hurricane Season. Supplemental animations and images were also created by NASA’s GOES Project. Those animations show activity in each month of the 2011 hurricane season. September (below) puts on the best show, with several storms circling clockwise around the Bermuda High.

NASA’s Kepler mission has confirmed its first planet in the “habitable zone,” the region where liquid water could exist on a planet’s surface. Kepler also has discovered more than 1,000 new planet candidates, nearly doubling its previously known count. Ten of these candidates are near-Earth-size and orbit in the habitable zone of their host star. Candidates require follow-up observations to verify they are actual planets.

To read more about this discovery go to https://www.nasa.gov/mission_pages/kepler/news/kepscicon-briefing.html 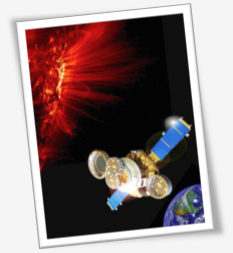 Analysis from NASA’s Genesis mission indicates our sun and its inner planets may have formed differently than previously believed.
Slight differences exist in the types of oxygen and nitrogen present on the sun and planets. Although the differences are slight, they could help determine how our solar system evolved.
“The implication is that we did not form out of the same solar nebula materials that created the sun — just how and why remains to be discovered,” said Kevin McKeegan, a Genesis co-investigator from the University of California, Los Angeles and the lead author of one of two science papers published recently.
For current updates, go to the GENESIS mission website when you’re teaching either of the NES lessons Chemical Elements: GENESIS — What Are We Made Of? (Grades 5-8) or Graph Analysis: GENESIS — Exploring Data (Grades 10-12).

Detectors on the Herschel Space Observatory’s large telescope have provided the first confirmation of oxygen molecules in space. The molecules were detected within the Orion Nebula.
Individual atoms of oxygen are common in space but not molecular oxygen. Astronomers searched for the elusive molecules for decades using balloons, as well as ground- and space-based telescopes. The Swedish Odin telescope spotted the molecule in 2007, but the sighting could not be confirmed.
This information may be used with the NASA Explorer Schools activity, Genesis: What Are We Made Of? The Sun, Earth and You.
For more information about the NES Genesis activity, go to the activity page on the NES Virtual Campus. (requires log-in)
For more information on this topic, visit the Herschel website.

The sun unleashed an M-2 (medium-sized) solar flare with a spectacular coronal mass ejection, or CME, on June 7, 2011. The large cloud of particles mushroomed up and fell back down looking as if it covered an area of almost half the solar surface.
NASA’s Solar Dynamic Observatory observed the flare’s peak at 1:41 a.m. EDT. SDO recorded these images in extreme ultraviolet light that show a very large eruption of cool gas. It is somewhat unique because at many places in the eruption there seems to be even cooler material — at temperatures less than 80,000° K.
When viewed in NASA’s Solar and and Heliospheric Observatory’s coronagraphs, the event shows bright plasma and high-energy particles roaring from the sun. This Earth-directed CME is moving at 1,400 km/s according to NASA models. Due to its angle, however, effects on Earth should be fairly small. Nevertheless, it may generate space weather effects such as aurora here on Earth in a few days.
To see videos of the CME visit the Solar Dynamic Observatory website.

NASA’s Voyager probes are truly going where no one has gone before. Gliding silently toward the stars, 9 billion miles from Earth, they are beaming back news from the most distant, unexplored reaches of the solar system.
Mission scientists say the probes have just sent back some very big news indeed.
It’s bubbly out there.
According to computer models, the bubbles are large, about 100 million miles wide, so it would take the speedy probes weeks to cross just one of them. Voyager 1 entered the “foam-zone” around 2007, and Voyager 2 followed about a year later. At first researchers didn’t understand what the Voyagers were sensing–but now they have a good idea.
Author: Dr. Tony Phillips | Credit: Science@NASA

Read more about this amazing discovery at Science@NASA or watch the video on YouTube.

In this episode, Kurt Sacksteder, Chief of the Space Environments and Experiments Branch at NASA’s Glenn Research Center talks about the importance of water on other planets and the tools being developed to mine water from Martian soil. NASA is working with a Canadian mining and space technology company to test designs for excavating natural resources from the surface of planets like Mars. They take measurements of forces applied to excavation devices, the traction of evacuation vehicles and even the flow of sand during simulated digs.

Watch a preview of this episode below. Previews of other NASA Now episodes are on the NASA Explorer Schools channel on YouTube.