Here’s a picture of NASA’s Lunar Electric Rover getting ready to practice docking with some lunar habitat mockups. Test engineers at the Johnson Space Center spent the day recently seeing how the rover docked with different habitat configurations. The one you see in the picture hasn’t been tested yet, but is called the Toroidal Habitat Mockup. It’s basically a giant plywood mockup of an inflatable donut-shaped habitat that is giving the teams ideas of what will work best on the moon. 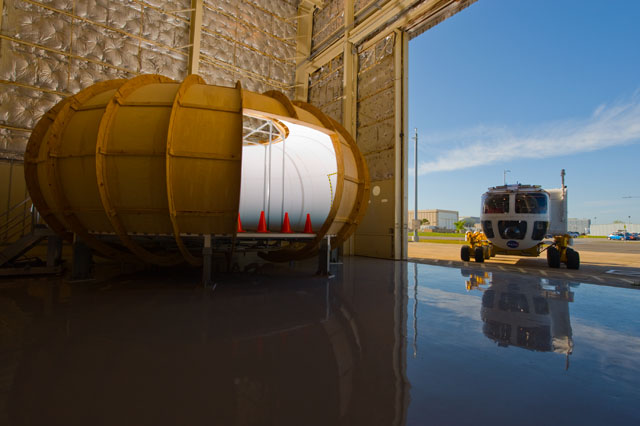 7 thoughts on “Practicing for the Moon”