The solid rocket is armed, the countdown is in its final minutes as NASA and ATK prepare to ignite Ares I five-segment first stage designed to take humans out of Earth’s gravitational pull — this time; however, the rocket isn’t going anywhere. 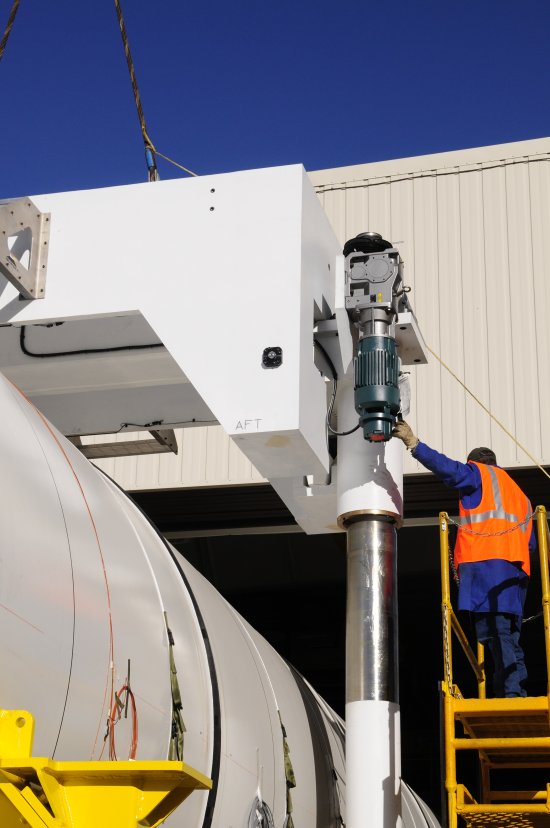 The Ares I development motor, or DM-1, will be tested at Alliant Techsystem’s (ATK) test stand in Promontory, Utah on August 27. With a magnificent flash of light the 154-foot solid rocket motor will come to life, producing heat two-thirds the temperature of the sun and 3.6 million pounds of thrust from its 12-foot diameter cylinder.

Spectators will first see the flame of the motor, so bright the majority will wear sunglasses, then a few seconds later the sound wave will be heard, followed by the ground shaking. Those in attendance will gain a true understanding of the power produced by this motor.

Called by some an “engineering masterpiece,” the first stage is capable of producing 22 million horsepower which is equivalent to the energy produced by 25,882 race cars. So how do ATK and NASA hold down one of the world’s most powerful rockets? 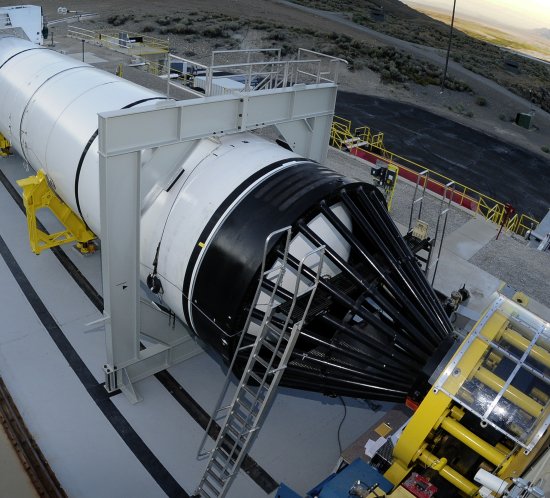 The load measurement system on ATK’s test stand which is attached to the thrust block. (ATK)

“It’s comparable to an ice berg or an upside down mushroom where the majority of this massive test stand is underground,” said Gary Bates, chief test engineer for ATK Space Systems. “This motor is designed to go places, so we need to ensure that it can’t.”

The test stand is made out of 7,000 cubic yards of concrete, 308 tons of reinforced steel and 230 tons of steel plates and rails. It includes a 16-foot tall by 40- foot long, and 20-feet wide above ground concrete fixture, or thrust block, which is attached to an extremely large buried foundation measuring more than 100 feet long by 80 foot wide and almost two-stories below the ground.

The test stand also includes a new, mid-span support which was installed to support the weight of the longer five-segment motor for approximately 70 seconds until enough propellant has been consumed to lighten the weight of the motor. 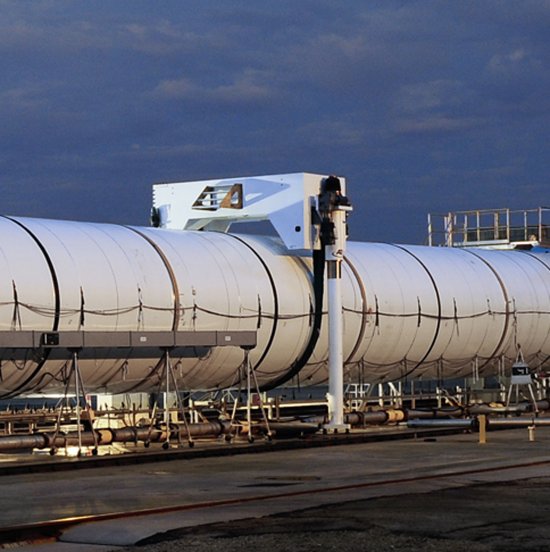 The rocket is installed horizontally with attachments at the front and aft ends of the stand. More than a hundred fasteners up to 2.5 inches in diameter help hold the motor in place. At the thrust block, the first stage is attached to a load measurement system.  This system is designed to not only handle up to 4.3 million pounds of force, but measure it.

“Along with securing the motor in the test stand, we need to be able to collect data during its operation,” said Bates. “This data is vital in understanding how the motor performs to compare with flight and other ground test data.”

Once the test is complete, NASA and ATK will be able to use the information in collaboration with data collected from the Ares I-X test flight this fall, to finalize the design of Ares I first stage.

7 thoughts on “Bolting Down 3.6 Million Pounds of Thrust”