Over the past few years, scientists have identified majorchallenges in moving from research discoveries in biomedicine, to actualproducts that improve human health. This gap is called the “valley of death.” Thisterm derives from the perilous divide between research discoveries and medicaltreatments that become available to the general public. On one side of thevalley you find a new research result with important implications, on the otherside of the chasm stands a potential product capable of bettering or even savinghuman lives. In between these two milestones are numerous barriers that cankeep the knowledge from reaching its full potential for humanity.

The redefined discipline of translational medicine seeksto improve the rate at which discoveries actually make it into the marketplaceor from “bench to bedside,” as seen in Traversing theValley of Death: A Guide to Assessing Prospects for Translational Success.The valley of death is so strewn with institutional and marketplace barriers,that experts believe we need to make changes in the support structure fortranslational research. By doing so, they hope that society will actuallyreceive the benefits of science investments. Nature published a news feature on this topic in 2008, titled TranslationalResearch: Crossing the Valley of Death.

These challenges for Earthbound researchers also apply tothe biomedical research conducted on the International Space Station. Even themost compelling research findings on the space station have a long path aheadbefore that knowledge will have the opportunity to yield results—they, too, musttraverse the valley of death.

Today, I want to share the status of three early researchfindings that you may have heard about. The results from these stationinvestigations are just now starting to make their way across the chasm. Thejourney for these results may take as long as two decades to complete, if theyare successful.

Spaceflight causes increased pathogenicityin Salmonella bacteria, which is aknown cause of food poisoning. Investigators used space pathogenicity ofsalmonella infecting a model nematode (a type of worm used in research) as ascreening model to evaluate candidate vaccines. The resulting data are leading tothe development of a Food and Drug Administration application for aninvestigational new drug by Astrogenetix, Inc. A similar approach, usingmethicillin-resistant Staphylococcusaureus (MRSA), is also ongoing. Multiple research groups are nowinvestigating mechanisms of virulence in other species of bacteria. Theprogress of this research depends on the future success of several stages ofclinical trials, and the willingness of a pharmaceutical company to bring thevaccine to market. Given the global impact of food poisoning, the market islarge. Even so, it will still depend on a pharmaceutical partner presenting acompelling business case for completing the development.

Microcapsules—micro-scale capsules surrounding aninjected medication to help it target a specific area of the body—were producedon the space station in 2002. The properties of the space-producedmicrocapsules were predicted to be more effective in treating prostate cancer;this was shown in ground models. In 2009, researchers were finally able todevelop and patent a machine capable of producing quantities of similar microcapsuleson the ground. NuVue Technology is now trying to raise the money necessary tofund the FDA-approved clinical trials at M.D. Anderson Cancer Center in Houston, TX,and the Mayo Cancer Clinic in Scottsdale, AZ. For obvious reasons, 2010 was notthe best year for raising investor capital for new clinical trials. Globaleconomic struggles and funding hurdles are just a few of many examples of thebarriers to bridging the valley of death. 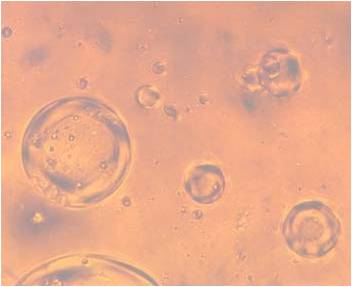 A NewTreatment For Duchenne’s Muscular Dystrophy:

Protein crystal growth on the space station allowed for theidentification of an improved structure of human hematopoietic prostaglandin D2synthase (HQL-79). The conditions in microgravity allowed for the developmentof a slightly better crystal than previously possible on the ground. Thisimproved model provided investigators with new information on the structure ofthe enzyme. This protein inhibits an enzyme that is more active in patientswith Duchenne’s muscular dystrophy. Based on this knowledge, investigatorsdeveloped a new candidate treatment. It is now undergoing testing via animalmodels, with dramatic early success. This common and debilitating form ofmuscular dystrophy affects approximately 1 in 4,000 males, so the potentialbenefit and market are great. Barriers that could affect the eventualtranslation of the treatment to marketplace, however, include the possibility ofan ineffective candidate drug in clinical trials, despite the successful animalmodel. Likewise, if the drug has unintended effects or if intellectual propertymakes the drug difficult to bring to market, the entire project could tumbleinto the valley. 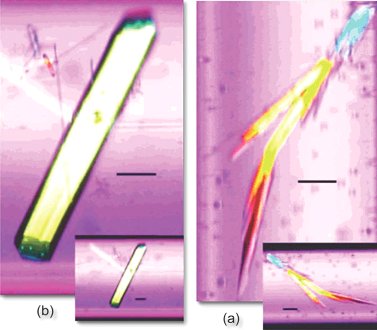 In my role as Program Scientist, I talk frequently aboutthese examples. This is because the advent of their success will validate thediscovery potential of the space station as a laboratory. Critics be warned,however, that the converse is not true. If any or all of these examples do notmake it to market, this only indicates that our society has not built the mostreliable bridge across the valley of death. The National Institutes of Health,pharmaceutical companies, and universities continually seek better bridges sothat scientific discoveries translate more directly into saving human lives. Spacestation researchers join their Earthbound colleagues on this journey to spanthe chasm for the benefit of all humanity.

[From the SciGuy Blog, The Houston Chronicle, originally posted on December 31, 2010.]

11 for ’11: Julie Robinson on spaceflight

During the holiday season I’ve invited 11 of the greater Houston area’s top scientific minds to share a few words on something — a trend, a discovery or an insight — in their field that excites them as they look ahead to the next few years. A new entry in the 11 for ’11 series will be published each morning.

The International Space Station — the most capable laboratory ever in space — becomes fully available to scientists in 2011. Managed as a National Laboratory, the entire nation will have access for research.

Often critics of the space station, the editors of the journal Nature recently recognized the importance of the laboratory, writing: “In a time of austerity, [researchers] have been handed the ultimate luxury: a new frontier for research that is limited only by their imagination.”

Early use of the space station for research shows compelling possibilities for what scientists will learn. Cellular and microbial biology is poised to make substantial advances. Already, new mechanisms of Salmonella bacteria virulence have been discovered. There are strong indicators that studies of cell differentiation and tissue formation in space could be transforming.

Seeing the station’s potential, the National Institutes of Health have already selected experiments to make use of the laboratory for research that cannot be done on Earth. These studies look at broad areas of human health, including bone remodeling, immune function, and barrier functions of intestinal lining.

Risking scientific whiplash to shift focus to fundamental physics, 2011 will also see the launch of the Alpha Magnetic Spectrometer. This state-of-the-art instrument, developed by hundreds of scientists around the globe, will study the formation of the universe and seek to understand dark matter itself.

From the cosmos to genes in bacteria, the space station is the laboratory to watch for discoveries that could never occur at an Earth-bound lab as the era of space station utilization begins.