Skip to content
I am often asked about my favorite mission during my 6+ years at NASA, and I struggle with this question.
Should I talk about the historic achievement that has become reality called JWST, or the “SciFi made real” mission called Perseverance, with its flying companion Ingenuity? The rover is about to deposit a collection of carefully curated samples for return to Earth, the first time ever. Do I say the mission to touch the Sun, Parker Solar Probe, the first mission ever seen launched by the person it is named after? Or, DART, the mission speaking to everyone’s inner gamer, deliberately changing the orbit of a celestial object for the first time in history with a spectacular celestial crash and with it providing unique toolset for planetary defense? Or, .. which one?
Tomorrow, we hope to launch the JPSS-2 satellite, one of a series of spacecraft NASA is developing in partnership with NOAA. Once in orbit, this satellite will fly around the globe 14 times per day from pole to pole and send down data used worldwide for weather forecasting. 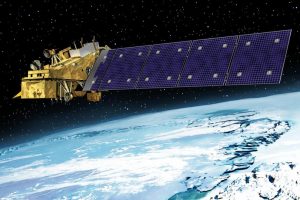 This will be my second to last launch in my in my job, this to be launched on an Atlas V launch vehicle. The first spacecraft launched after I joined NASA in 2016 was GOES-R, now sitting in geo-stationary orbit over the east coast and a key contributor to weather forecasts for the US and beyond. The GOES and JPSS series of NOAA missions have moved up the level of quality and impact of space for our home planet, and they have done that in a very significant manner.
Each and every day, these robotic emissaries provide information that is, in part, included into weather and space weather forecast and helps protect both human lives and property. They have contributed to significantly improved weather forecasting – the quality of many 2-day forecasts is now as good as 1-day forecasts were around 2010. And the forecasts of severe storms has also improved significantly, as has timely fire detection and lightning mapping to identify locations with strong convection near tornadoes, for example.
And like icing on the cake, we will launch a tech demo by NASA’s SpaceTech program, LOFTID, a hypersonic inflatable heat shield which is almost as big (6 m/20 feet) as the primary mirrors of JWST. It will undergo a short but rough ride, as it goes into space and re-enters with peak decelerations of Mach 29 and temperatures up to 3000 F before plunging into the Pacific Ocean near Hawaii. This tech demo charts the way for bigger landers on Mars enabling science and human exploration, for which currently proven entry descend and landing technology is insufficient.
So, which is my favorite mission? I am still struggling with the question, but frankly, JPSS-2 is on my short list: There are no space missions I have been involved with during my time at NASA that positively affect more lives each and every day. And with JPSS-2 on the launch pad today, I am proud of the amazing cross-agency, cross-industry team that got this spacecraft ready for its work in service of humanity. In particular, thanks to Steve Volz and his NOAA team for the excellent collaboration and friendship during the past 6+ years!
Go Atlas! Go JPSS2! Go LOFTID!