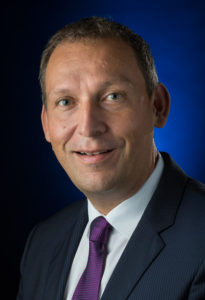 Dr. Thomas Zurbuchen is the Associate Administrator for the Science Mission Directorate at the Agency’s Headquarters in Washington, D.C.

Previously, Zurbuchen was a professor of space science and aerospace engineering at the University of Michigan in Ann Arbor. He also was the university’s founding director of the Center for Entrepreneurship in the College of Engineering. Zurbuchen’s experience includes research in solar and heliospheric physics, experimental space research, space systems, and innovation and entrepreneurship.

During his career, Zurbuchen has authored or coauthored more than 200 articles in refereed journals on solar and heliospheric phenomena. He has been involved with several NASA science missions — Ulysses, the MESSENGER spacecraft to Mercury, and the Advanced Composition Explorer (ACE). He also has been part of two National Academy standing committees, as well as various science and technology definition teams for new NASA missions.

Zurbuchen earned his Ph.D. in physics and master of science degree in physics from the University of Bern in Switzerland.

His honors include receiving the National Science and Technology Council Presidential Early Career for Scientists and Engineers (PECASE) Award in 2004, a NASA Group Achievement Award for the agency’s Ulysses mission in 2006, and the Swiss National Science Foundation’s Young Researcher Award in 1996-1997.

For more, visit Science at NASA