It took nearly 100 years for predictions about frame-dragging, a direct consequence of Einstein’s theory of general relativity published in 1915, to be confirmed using a sophisticated analysis of three spacecraft in orbit about the Earth. The Earth is very, very slowly dragging space with its rotation, subtly changing satellite orbits, as predicted by two Austrian scientist in 1918, and finally confirmed at the <10% level around 2010. 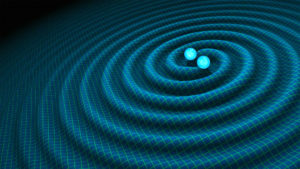 It also took more than 100 years for the ground-based Laser Interferometer Gravitational-wave Observatory (LIGO) to make the first observations (announced almost exactly 1 year ago!) and to confirm one of the most fundamental predictions of the same theory – the existence of gravitational waves. This prediction has ignited more interest in space-born detections of these waves by spacecraft such as LISA, the Laser Interferometer Space Antenna, which will open up a whole new window into the universe.

It will have taken 60+ years for NASA’s Solar Probe mission to launch in 2018 in order to test the fundamental predictions made by Parker in his profound 1957 paper that almost was rejected by reviewers. It just seemed too unlikely – why would the Sun eject supersonic plasma that fills space? Now, we are finally building the spacecraft to examine the solar wind where it matters most, at its source.

Sometimes, doing the best science takes a lot of time! It turns out that the most important physical effects we seek to confirm are extra-ordinarily subtle or tough to access.

To do the frame-dragging experiment, we had to learn how to launch spacecraft, how to shoot lasers at them and to measure times and positions at highest accuracy. It took a deep understanding of radiation pressure forces and also of the Earth gravity field and levels we could only imagine in the 1900s. 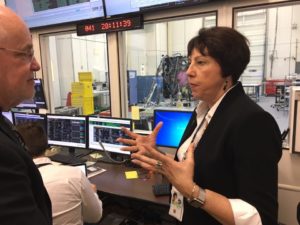 The engineering challenges for LIGO almost seem hopeless: detect motions of scales of 1/1000 of an atomic nucleus. Build 4 km long vacuum chambers, and do so twice, 3000 km apart, but in precise coordination. It seems hopeless when you start, but it leads to the best science and it launches a storm of innovation to make it reality.

So, what does it take to get so close to the Sun that you can observe the waves that accelerate the solar wind? You need to be at 10 solar radii, with nearly 50,000 more heat hitting the spacecraft surface than near Earth. To survive this heat, one has to invent a thermal protection system that not only can survive, but do so that the sensitive science measurements next to them are still possible. The spacecraft has to be on auto-pilot for some of the most important phases. It is really, really hard!

Looking at history, it turns out, that we always need to invent some totally new and innovative technologies to enable new ambitious science. This interplay between ambitious science and innovative technologies is one of the most impactful aspects of NASA’s science program. Projects like LISA, the James Webb Space Telescope, or Solar Probe are like science moon shots: We invent all the steps of the path till we finally get the desired goal!

This science-driven technology development not only enables scientific leadership, it also feeds an innovation engine with impacts that are well beyond the realm of the initial question and application space. We know about the economic impact of the Apollo program, and we are in awe about the broad applicability of space technologies for National defense, our technological leadership and also our economy. And in rare cases, our observations we make in space change everything, even the way we think! There is nothing more profound than that.

Broad and lasting impacts are not coming from playing it safe, they come from ambitious science driving innovative technology. Note that we have a NASA science program that has a variety of tools with different objectives. But, when it comes to breakthrough science, playing it safe intellectually does not cut it!