This week on A Lab Aloft, guest bloggers Trent Martin and Ken Bollweg share their recollections of working on the Alpha Magnetic Spectrometer and their excitement as the investigation ramps up to launch on STS-134, scheduled for May 16, 2011.

With the launch of the Space Shuttle Endeavour STS-134 mission, the hopes and dreams of over 600 physicists, engineers and technicians from 60 institutes in 16 different nations will be carried to International Space Station. The flight is poised to take the Alpha Magnetic Spectrometer – 02 or AMS-02 to its final perch on the top of the space station, where it will finally begin its much anticipated operations.

The payload is sponsored by the United States Department of Energy, but funding comes from all over the world. This type of international collaboration is common in the world of high energy physics research for the last 50 years and is starting to become more common in the space science community. To date, AMS is the most diversely funded space-based science detector ever built. This is the type of collaboration that NASA hopes the space station National Laboratory will help continue to foster in the space scientific community.

Development of AMS was required to follow NASA standards for flight and ground safety and NASA retained the right to veto anything that violated those requirements. The AMS Collaboration has official responsibility for mission assurance though all the experiment hardware and software were developed to accommodate NASA recommendations for compatibility, reliability, and redundancy.

The successful precursor flight of AMS-01 on STS-91 took place with the last Shuttle-Mir mission in June 1998. There were some communications issues, due to a failed Ku-Band antenna, but the AMS detector performed as expected. The prototype engineering evaluation flight led to improved sensitivity of the measurement of antihelium and helium flux ratio by one part per million and AMS is expected to improve this to one part per billion. 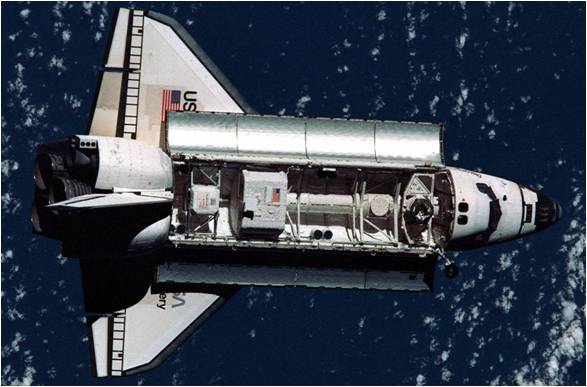