Skip to content
A basil seed kit that can be used with the Plant Growth Chamber Engineering Design Challenge is available through CORE. 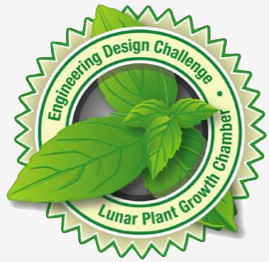 Two suitcases, called Passive Experiment Containers, containing 3 million basil seeds were attached to the outside of the International Space Station during a spacewalk. The suitcases were left there for one year as part of the MISSE, or Materials International Space Station Experiment. One PEC was attached to one of the high-pressure tanks around the Crew Lock and the other was located on the outboard end of the Quest Joint Airlock.
After the seeds were retrieved, a portion of them were planted on the space station, where they are growing in the station’s microgravity environment. The rest of the seeds were returned to Earth and have been packaged into kits with control seeds that remained on Earth. Students can use the scientific method to measure and compare seed germination rates — how fast space basil grows compared to Earth basil, etc. Packets are available from CORE for a flat rate shipping fee of $6.50 per kit.
Included in the kit:
• Summer of Innovation bookmark
• Ozone Monitoring Garden lithograph picture
• Engineering Design Challenge bookmark
• Five Packets of Earth-based seeds
• Five Packets of space-based seeds
To order a basil seed kit go to http://corecatalog.nasa.gov/item.cfm?num=300.0-83C
Link to the NES Virtual Campus home page.