I am happy to announce that we have filled the critical senior manager role in the Science Mission Directorate (SMD) of Mars Sample Return (MSR) program director. Jeff Gramling will be joining us June 22 to begin that important work. 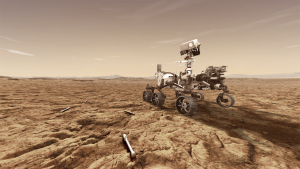 The Mars Sample Return campaign, which begins its first leg with the launch of Mars 2020 Perseverance this summer, is a complex international partnership between NASA and ESA, with multiple launches to Mars planned in 2026 and high visibility around the world. It’s going to do something that has never been done before, which is to bring samples from the Martian surface back to Earth for further study. We will be able to do so much more with these samples in state-of-the-art laboratories on Earth, and we’re very excited about it. Jeff brings a lot of experience to the position. 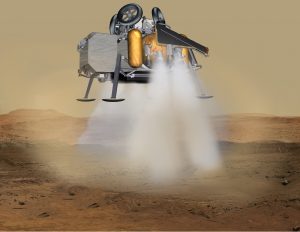 Jeff comes to us from the Johns Hopkins University Applied Physics Laboratory in Laurel, Maryland, where he is a program manager and has worked on the Galactic/Extragalactic Ultra long duration balloon Spectroscopic Terahertz Observatory (GUSTO) and also served as a member of the Standing Review Board for the Mars 2020 Perseverance mission. Throughout his career, in his project and program management positions on NASA projects in the Human Exploration and Operations Mission Directorate (HEOMD) and SMD, he has worked on directed, decadal, and Announcement of Opportunity (AO) missions.

Some of you may remember him from his long tenure at NASA’s Goddard Space Flight Center, where he served as  Earth Systematic Missions Program Manager and Associate Director of Flight Projects for Earth Science Projects. In that role, he was responsible for directed Earth science development flight projects at Goddard, the Jet Propulsion Laboratory (JPL), and Langley, including Landsat-9, PACE, TSIS-1, IceSat-2, GRACE-Follow On, Sentinel-6, SWOT, NISAR, SAGE-III, and CLARREO Pathfinder. He was also responsible for enhancements to the Earth Science Data Information System (ESDIS) and led efforts to establish acquisition strategies and develop project plans for missions in formulation. On his watch, Jason-3, SAGE-III, and TSIS-1 launched successfully.

He began at Goddard in 1985 supporting the Hubble Space Telescope project through launch. In 1992, he began his long association with the Tracking and Data Relay Satellite (TDRS) project. After supporting the launches of TDRS-F and G on the space shuttle in the 1990s as a subsystem manager, he became spacecraft bus manager and then space segment manager on the second-generation development program for TDRS H, I, and J, launched between 2000 and 2002. In 2006, he became acting TDRS project manager and began leading that team on the formulation of the third generation TDRS satellites (TDRS-K, L M). He was named project manager in June, 2007, and led the project team through the design, build, and successful launches of TDRS K in 2013 and TDRS L in 2014. Following completion of the TDRS-M spacecraft in 2015, he served as acting deputy program manager for Earth Systematic Missions until his appointment to the Senior Executive Service.

The Mars Sample Return program director will report directly to me, but the MSR program will be tightly coupled with our existing Mars Exploration Program. The Planetary Science Division (PSD) will ensure coordination as PSD remains focused on the rest of our large Martian fleet.

We will transition NASA HQ campaign leadership from Jim Watzin to Jeff. I would like to thank Jim for his excellent leadership during the early formulation phase to enable the NASA and ESA team to develop the Mars Sample Return approach we are now implementing.

Please join me in welcoming Jeff to Headquarters. We’ll give you a chance to meet him as soon as we can.