Skip to content
The most recent robotic inhabitant of our planetary neighbor Mars is called Perseverance, as anybody knows by now. Many people have talked about how fitting this name is, and especially how it makes us all feel. Perseverance – doing something despite difficulty or delay in achieving success – is a quality we all need, and especially during the past year.
Each of us have stories of Perseverance, and here is mine. 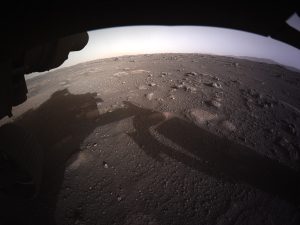 As the head of NASA science, it is my job to select or approve the name of Science missions, and I had the task yet again approximately a year before launch to select from tens of thousands of names submitted by children from all around. A great team of NASA colleagues had taken the thousands and reduced them to a handful of finalists. One name that immediately stuck out in my mind was Perseverance, submitted by Virginia middle schooler Alex Mather. In addition to the compelling nature of his submission, this name also spoke to me. 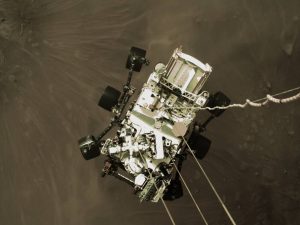 I had experienced in my life how challenging so many things were for me and I had long felt that perseverance was in every way as important in both innovation and exploration as are vision and curiosity. I was immediately leaning towards Perseverance, but that scared me, because I had learned that my fastest decisions were not always my best.
I therefore asked the Mars2020 program manager Matt Wallace for a favor that would stray us away from the way things are typically done in this process. I asked him to bring no more than 20 Mars2020 team members into a room for a strictly confidential discussion about naming the rover. I arrived at JPL after a horrendous trip and only a couple of hours of sleep and walked into this room. But, I was not the one who looked the most tired – some of the individuals had just come from a shift and looked exhausted. 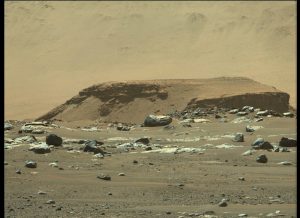 I had a simple question to them: “if you had my job, which one of the name finalists would you choose?” After a hour long discussion, it was clear: the majority of them would choose Perseverance, just like me. I made the final decision within a day of this meeting: the Mars2020 rover would be known as Perseverance, a choice I never regretted since.
Within hours of my visit to JPL, I received three independent phone-calls from NASA leaders who were part of my meeting with the staff. “Perseverance is not inspiring and no one can spell it”, said one of them. Another one worried about what others would think about NASA or JPL: “People will think that you are sending a signal of mistrust. You are making it feel like we struggled with this mission.” My simple answer was: “Thanks for your input. Just one simple question: didn’t you struggle?” I knew the answer and it is the same for all missions. And one academic leader I deeply respect called me and asked me: “Do you know who selected this name? I can’t believe this. NASA is losing it.”
And then came mid-March when all of the US was shutting down due to COVID and we were getting ready for an exercise in perseverance the likes of which none of us bargained for. 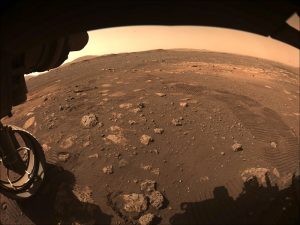 On the first day of the shut-down and after observing some initial decisions, I made two phone calls. The first one was to my then boss Administrator Jim Bridenstine and I asked him for his support to make Perseverance of highest priority to NASA throughout COVID. My arguments were simple. First and foremost, I knew quickly that we were going to be in for the long haul and I also believed that the country and the world would need something to feel good about. With both a launch and a difficult landing, Perseverance was the best mission we had for that. Secondly, I pointed out that a delay of Perseverance would cost the tax payers a billion dollars or more. Jim was supportive and committed his full support in this manner.
My second phone call was even tougher than the first one. I called up Matt Wallace and I told him that I and the agency had every intent to make Mars2020 Perseverance a highest priority mission and that he could count on all the support from NASA. But, I asked for a commitment from him: “If you ever feel that it is no longer safe for our people, call me. I will stop the project with no questions asked.” Matt said he appreciated that and committed that he would do so. He added “I will be sure that our people are safer at work than they would be at home”. The numbers support that he did just that.
Needless to say – what Matt and the team did is nothing short of extraordinary. Everybody pulled in the same direction. The JPL engineers in integration and test gave personal sacrifice, sometimes being separated from their families for months. The software teams worked harder than ever before and under difficult conditions. JPL leaders built safe protocols for work and for testing, often ahead of the entire agency. And at headquarters we helped the team with full support, including research aircraft to be utilized to transport both cargo and key personnel for highest safety standards.
I have never felt more close to Matt and the entire JPL leadership team than during this. Similarly, the CEO of the United Launch Alliance was making a commitment to launch Mars2020/Perseverance safely and on time. We all talked regularly and founds ways forward.
Billions around the Earth have seen Perseverance land and thousands of journalists have talked about the name Perseverance and how fitting it is for 2021. The world has gotten to know some of the amazing team members and listened to their excitement and their stories of perseverance. And their work has inspired many with cities and municipalities turning lights to red in the US and around the world in celebration. Most eloquently, the US president talked what he felt in his congratulatory call to JPL.
Finally, since its almost miraculous launch and landing in the middle of COVID, there has been not one person who told me that Perseverance is the wrong name. Middle schooler Alex Mather was right all along: Perseverance is the most important quality in humans who want to explore!