This blog site is no longer updated. For the latest news from NASA’s Exploration Ground Systems, visit the website at http://www.nasa.gov/egs. 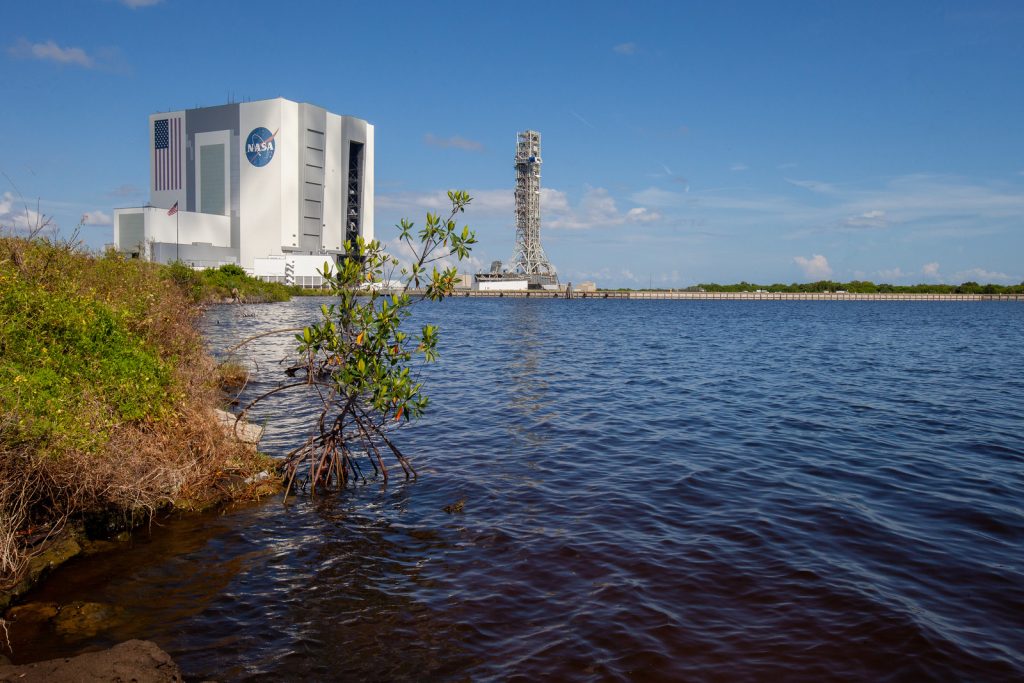 The mobile launcher for NASA’s Artemis missions rolls out of the Vehicle Assembly Building (VAB) at Kennedy Space Center in Florida on Sept. 10, 2019, after spending a week and a half inside due to the approach of Hurricane Dorian. The nearly 400-foot-tall structure was moved from Launch Pad 39B to the VAB for safekeeping on Aug. 30. The storm passed about 70 miles east of the spaceport during the overnight hours Tuesday, Sept. 3, and Wednesday, Sept. 4.

NASA’s Exploration Ground Systems is moving the mobile launcher back to the launch pad, where teams will complete testing and checkout on the launcher in the coming weeks for the Artemis I mission.