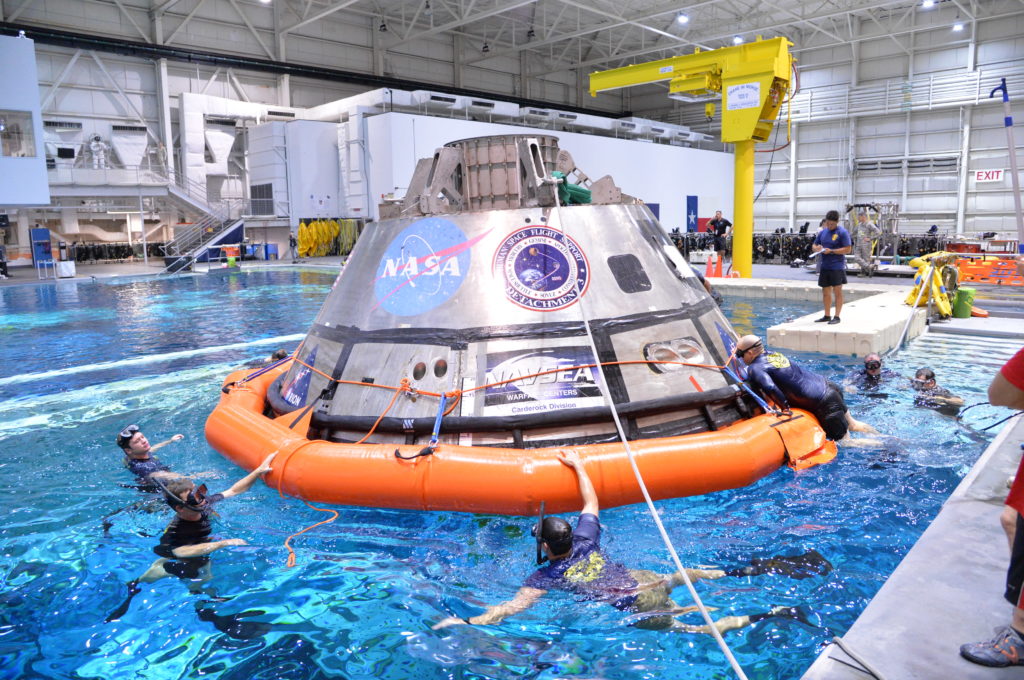 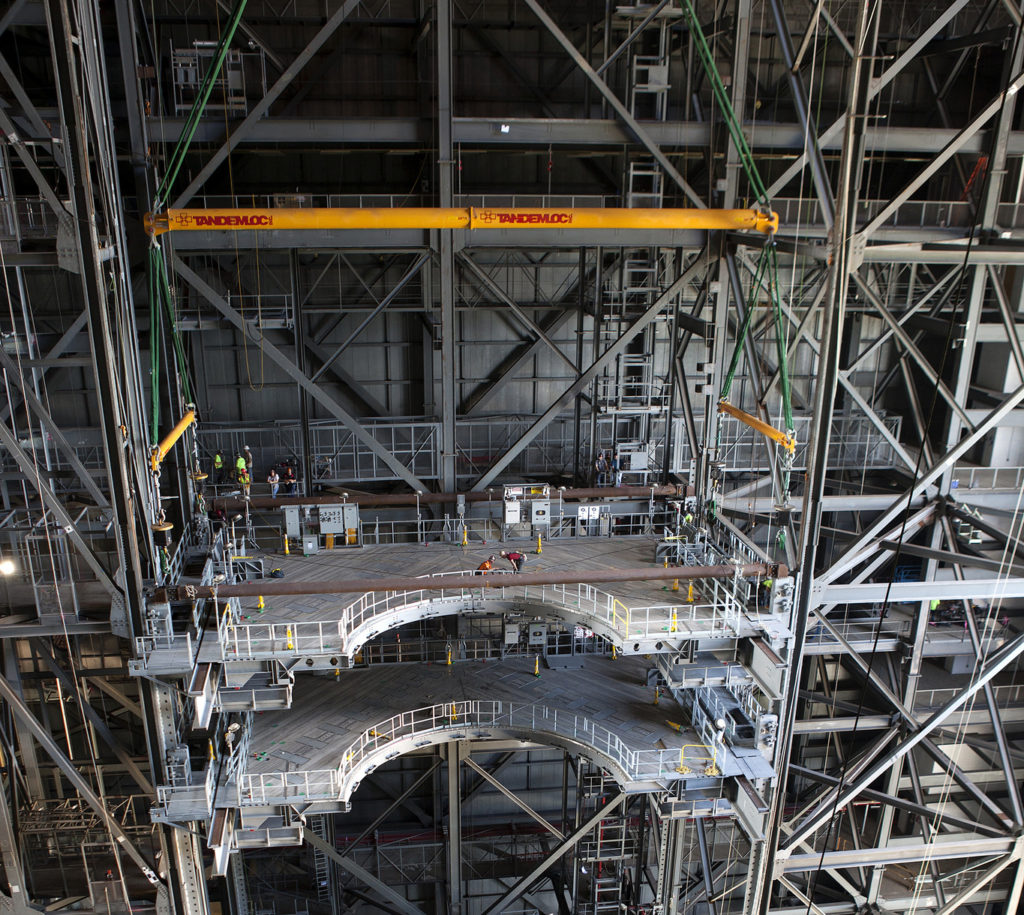 A heavy-lift crane lowers the second half of the D-level work platforms, D north, for NASA’s Space Launch System (SLS) rocket, into position Sept. 9 for installation in High Bay 3 in the Vehicle Assembly Building at the agency’s Kennedy Space Center in Florida. The platform will be installed on the north side of the high bay. The D platforms are the seventh of 10 levels of work platforms that will surround and provide access to the SLS rocket and Orion spacecraft for Exploration Mission 1. The Ground Systems Development and Operations Program is overseeing upgrades and modifications to VAB High Bay 3, including installation of the new work platforms, to prepare for NASA’s journey to Mars.