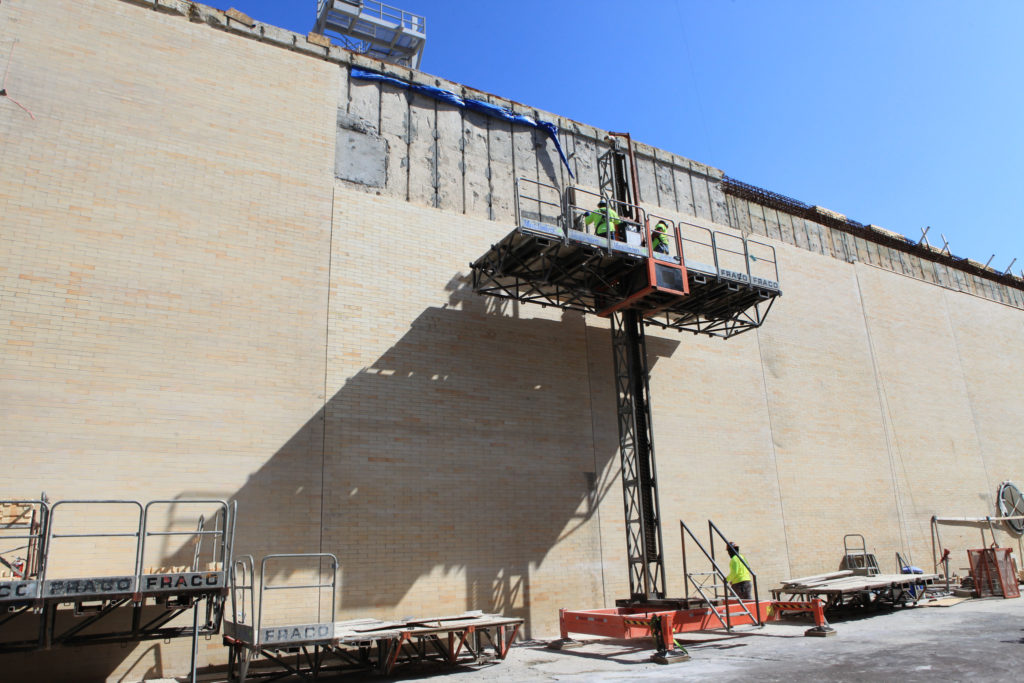 Progress continues to upgrade the flame trench at Launch Pad 39B at NASA’s Kennedy Space Center in Florida. Construction workers with J.P. Donovan of Rockledge, Florida, are on an elevated work stand to install new heat-resistant bricks on the north side of the flame trench. The Pad B flame trench is being refurbished to support the launch of NASA’s Space Launch System rocket. The Ground Systems Development and Operations (GSDO) Program at Kennedy is helping transform the space center into a multi-user spaceport and prepare for Exploration Mission 1, deep space missions, and NASA’s Journey to Mars. For more information about GSDO, visit: https://www.nasa.gov/groundsystems.

When Orion returns from deep space missions and lands in the ocean, a team will be responsible for safely returning the capsule and crew back to land.

During URT-5, the team will demonstrate and evaluate in open water the recovery processes, procedures, hardware and personnel that are necessary for recovery of the Orion crew module into the well deck of a Navy ship.

The USS San Diego, a test version of Orion, several support boats, and associated hardware and equipment will be used for the test.

Orion is the exploration spacecraft designed to carry astronauts to destinations not yet explored by humans, including an asteroid and the agency’s Journey to Mars. It will have emergency abort capability, sustain the crew during space travel and provide safe re-entry from deep space return velocities.

NASA’s Orion spacecraft is scheduled to launch atop the Space Launch System rocket in late 2018. 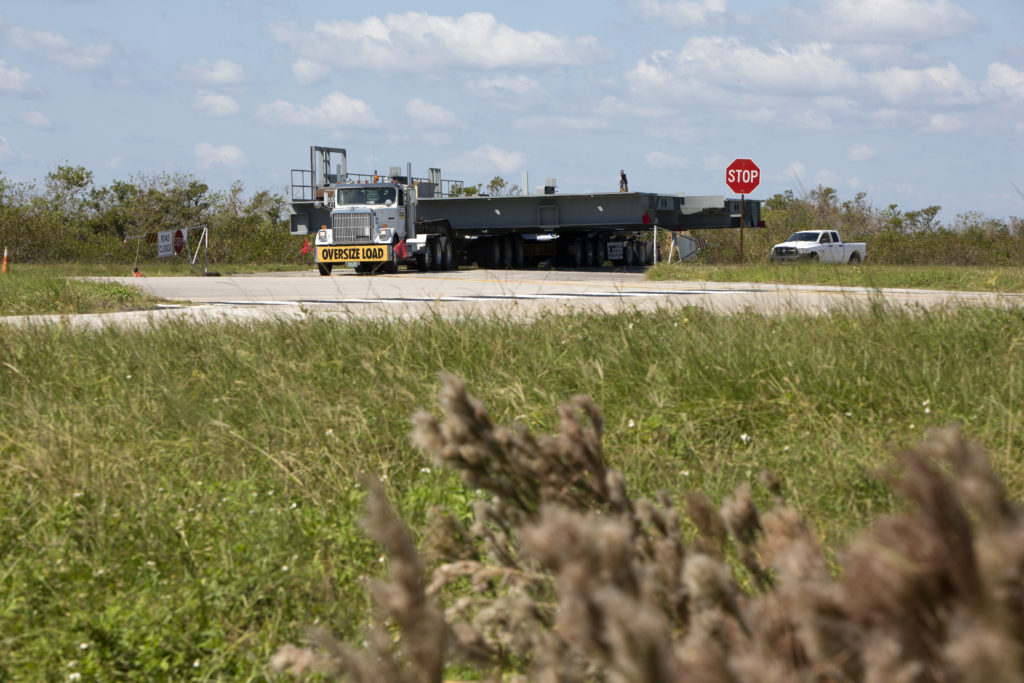 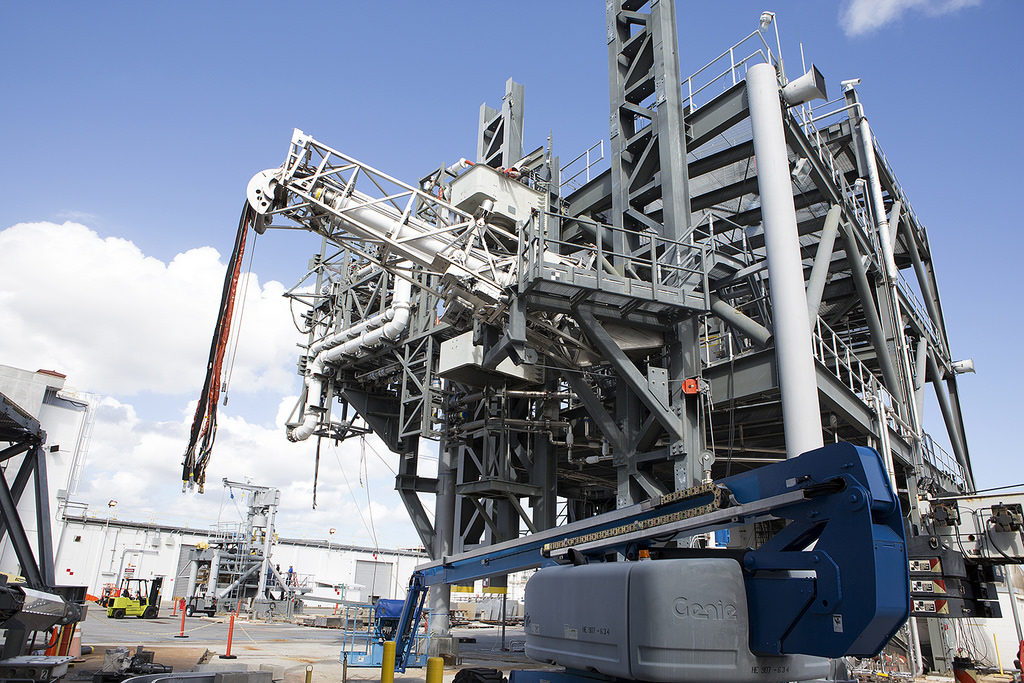 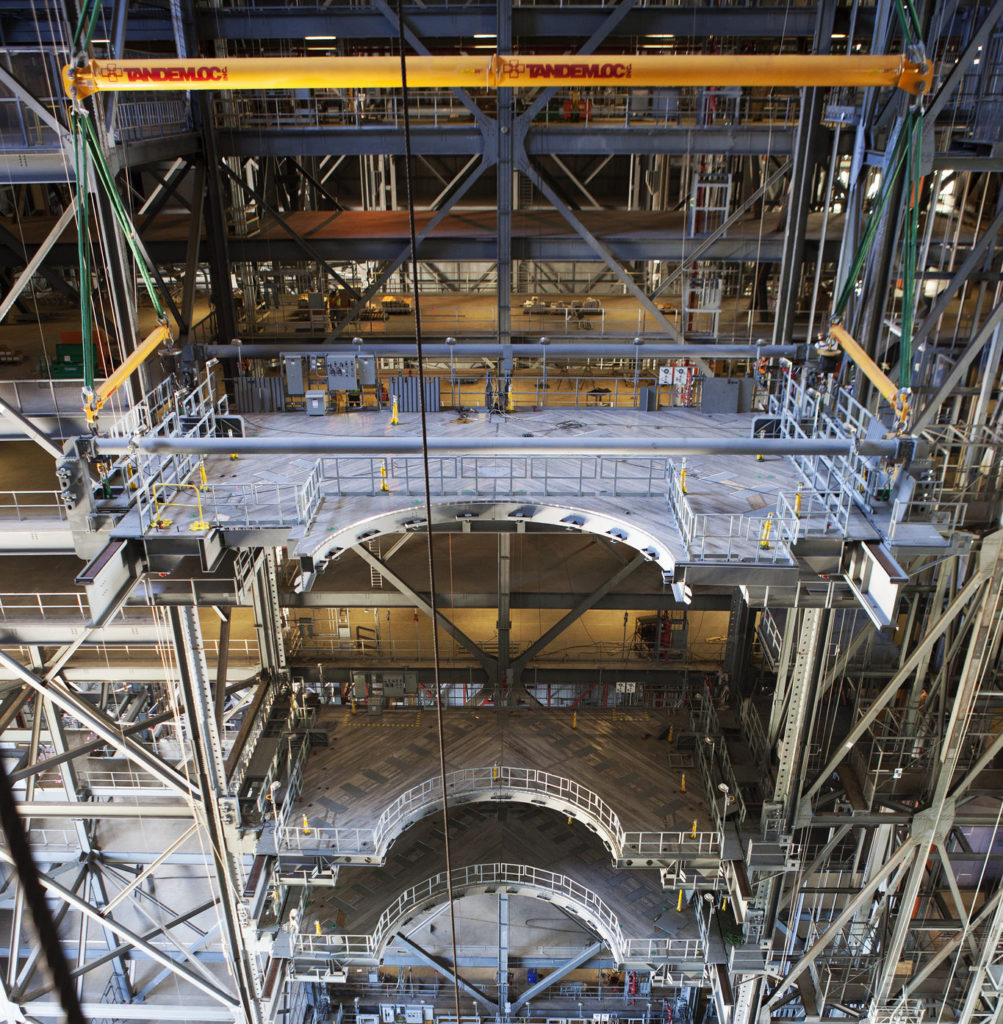 A heavy-lift crane lowers the first half of the C-level work platforms, C south, for NASA’s Space Launch System (SLS) rocket, for installation on the south side of High Bay 3 in the Vehicle Assembly Building (VAB) at NASA’s Kennedy Space Center in Florida. The C platforms are the eighth of 10 levels of work platforms that will surround and provide access to the SLS rocket and Orion spacecraft for Exploration Mission 1. In view below Platform C are several of the previously installed platforms. The Ground Systems Development and Operations Program is overseeing upgrades and modifications to VAB High Bay 3, including installation of the new work platforms, to prepare for NASA’s Journey to Mars.