After a quick poll, Launch Director Brian Childers and Launch Conductor Ricky Lim have given the “go” to initiate the terminal count. 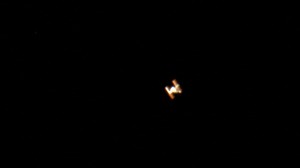 The International Space Station just flew over Florida’s Space Coast. At launch time, the orbiting laboratory will be over southeast Iraq at an altitude of 261 statute miles.

This image was captured by a long-range tracking camera.

Half an hour until launch. The countdown is progressing smoothly toward the 6:20 a.m. liftoff of the SpaceX Falcon 9 rocket on the CRS-5 mission. Weather remains 90 percent “go.”

Actor, creator, producer and space enthusiast Seth Green designed the mission patch for Advancing Research Knowledge 3, which encompasses all the research investigations CASIS will send to the International Space Station in 2015. CASIS stands for the Center for the Advancement of Science in Space. The organization manages the ISS U.S. National Laboratory.

Hear the story on the development of the patch: 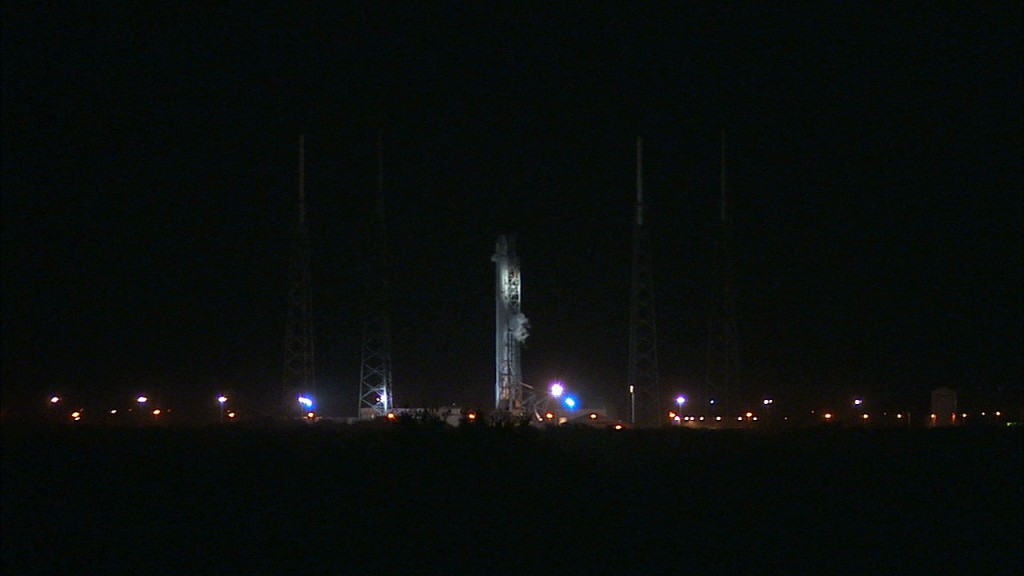 The Dragon spacecraft is filled with 5,108 pounds of cargo. In addition to food, water and clothing for the astronauts, there are science investigations from the U.S., Japan and the European Space Agency, including the Cloud-Aerosol Transport System (CATS). Tools to be used in future spacewalks, Russian hardware, and an IMAX camera also are flying on Dragon.

Today’s flight will be the 14th for the Falcon 9. The 157-foot-tall rocket is named for the Millennium Falcon spacecraft featured in Star Wars; the number 9 is derived from the number of Merlin 1D engines on the first stage.

Puffs of gaseous oxygen can be seen venting away from the side of the rocket as it stands on the pad. This is normal, caused when small amounts of super-cold liquid oxygen warm up and boil off. The tank is topped off until the final minutes of the countdown. 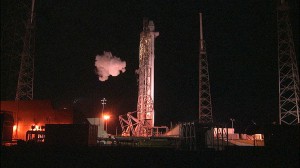 Despite the early hour, Cape Canaveral Air Force Station in Florida is abuzz with activity as launch managers and controllers prepare for this morning’s planned liftoff of the SpaceX Falcon 9 rocket and Dragon spacecraft. The SpaceX CRS-5 mission is the fifth in a series of cargo resupply flights to the International Space Station, and is set to deliver science experiments, technology demonstrations and supplies for the station’s resident crewmembers.

Liftoff from Space Launch Complex 40 is set for an instantaneous launch opportunity at 6:20 a.m. EST. Weather is 90 percent “go,” with thick clouds the primary concern.

Both the Falcon 9 and the Dragon are powered up, and the rocket’s propellants – RP-1 kerosene and liquid oxygen – already have been loaded.

If you’re in the Space Coast area, there are several locations for launch viewing. You can check those out here. Depending on conditions, launches are occasionally visible outside the immediate area.

Weather for today’s planned launch of SpaceX CRS-5 has improved to 90 percent “go,” with a slight chance of violating the Thick Cloud Rule.