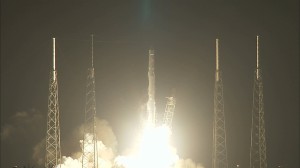 This morning’s launch begins a busy month in space for the International Space Station as the orbiting laboratory prepares to welcome the Dragon that is already in orbit, then a new increment crew later this week launching on a Soyuz and an Orbital Sciences Cygnus cargo craft in October, said NASA’s Sam Scimemi, director of the International Space Station. The station crew also will conduct two spacewalks in the coming weeks.

You can read our launch feature from this morning’s liftoff here. 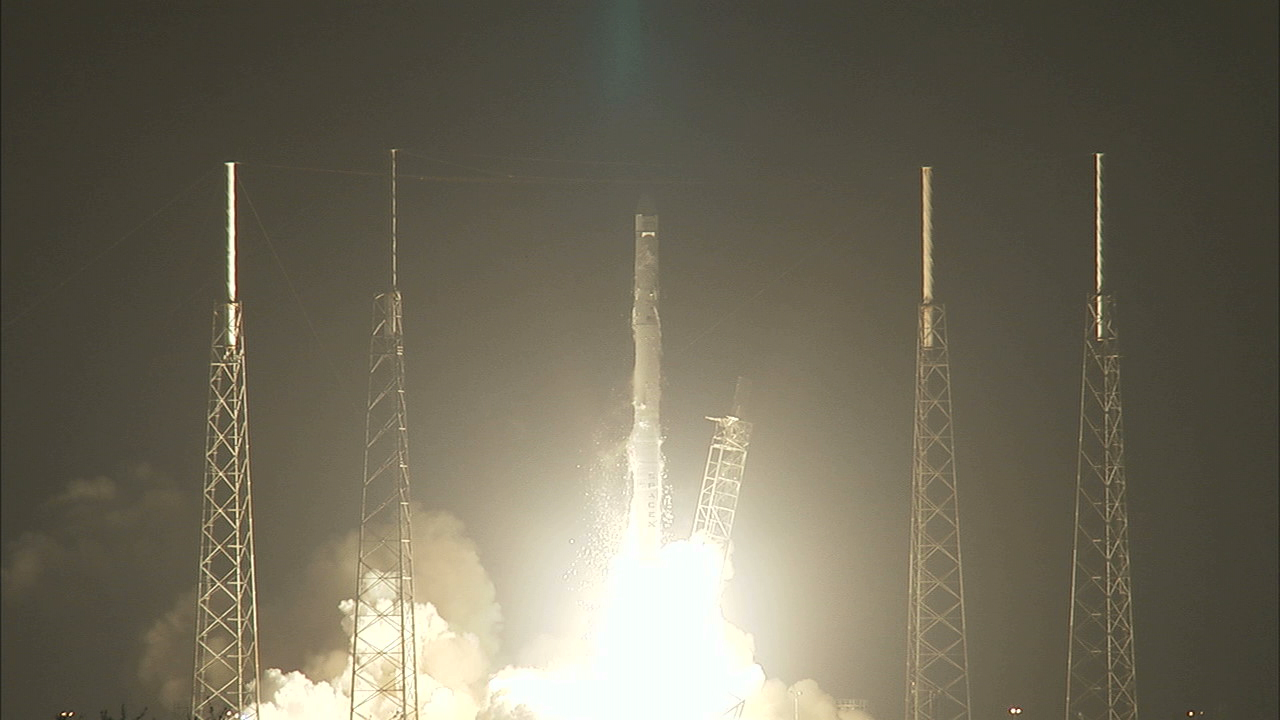 Dragon will spend the next two days chasing the International Space Station during which it will conduct a series of thruster firings to refine its path. Tuesday morning at 7:04 a.m. EDT, the Dragon spacecraft will catch up to the orbiting laboratory, and Expedition 41 Flight Engineer and European Space Agency Astronaut Alexander Gerst will use the station’s 57.7-foot robotic arm to reach out and capture it. NASA astronaut and flight engineer Reid Wiseman will work with Gerst as they operate from the station’s cupola.

Dragon’s twin solar arrays are deploying now into a position where they will track the sun to produce electricity for the spacecraft’s onboard batteries.

The Dragon spacecraft has been delivered to orbit! It will soon extend its twin solar array “wings” to begin recharging its batteries as it makes its way to the International Space Station. 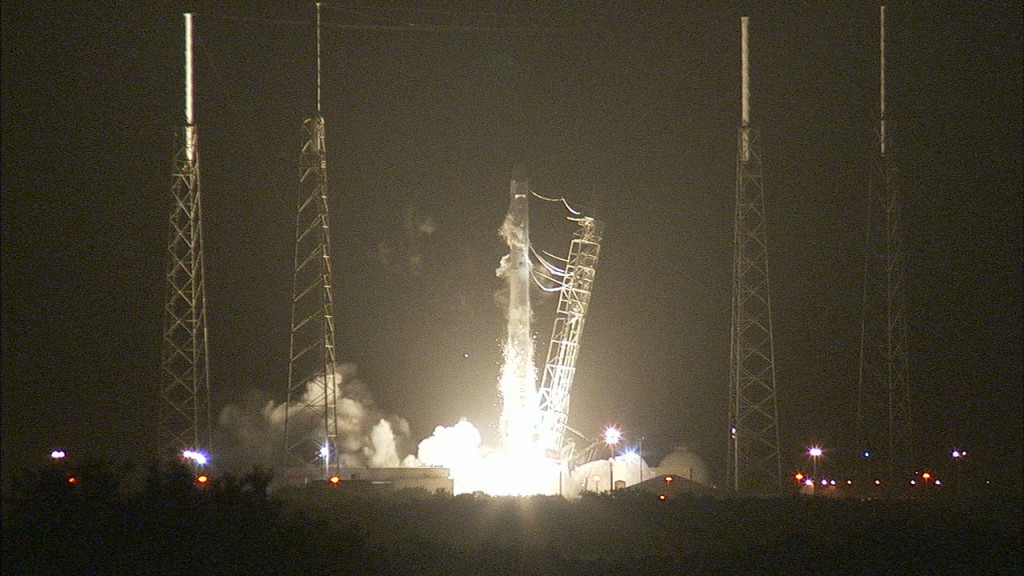 The Merlin 1D engine on the second stage completed its burn and is about 30 seconds away from separating from the Dragon to complete the launch.

The second stage engine will burn for about four more minutes to place Dragon on its proper course to the International Space Station.

This is the fifth SpaceX Dragon capsule to head to the International Space Station. One test flight and three operational cargo missions have made the spacecraft a regular visitor to the orbiting laboratory. Standing more than 14 feet tall and with a diameter of 12 feet, Dragon can carry more than 13,000 pounds of material into orbit inside its pressurized cabin and the unpressurized trunk. The trunk, which holds the solar arrays, is discarded at then end of the mission to burn up in the atmosphere just before the capsule reenters and parachutes to the ocean where it is recovered.

And yes, this Dragon even has wings – sort of. After the spacecraft separates from the second stage, it will open a pair of solar array “wings” to charge its batteries. Of course, even though they give the Dragon the appearance of a bird, the arrays provide nothing other than a power source since there is virtually no air at that altitude.

The protective cover over the Dragon’s hatch at the top of the spacecraft separated on schedule soon after the rocket cleared the densest areas of the atmosphere.