In today’s A Lab Aloft we remember Dr. Bob Phillips, who served as the chief scientist for Space Station Freedom, helping to pave the path for future research in orbit.

While I did not have the pleasure of working directly with Dr. Bob Phillips, he helped blaze a trail for research in space that played an important part in what eventually became the International Space Station (ISS) Program.

A doctor of veterinary medicine with a Ph.D. in physiology and nutrition, Bob started his career with NASA in 1984. Part of Spacelab Life Sciences (SLS) 1, which launched aboard space shuttle Columbia’s STS-40 mission in 1991, Bob had planned to serve as an astronaut payload specialist, but was grounded due to a minor medical condition. Instead, he played a key role as the principal radio contact between the crew and ground while they conducted the first mission dedicated to microgravity biomedical research.

Bob followed the SLS-1 mission with a three-year stint as chief scientist of Space Station Freedom, which evolved into today’s International Space Station. As the current space station program scientist, I can’t help but look back at Bob’s accomplishments and be inspired in my own goals and endeavors for research in orbit.

Mark Uhran, former assistant associate administrator for the International Space Station, recalls the contributions made by Bob during his tenure. “During the space station design phase, Bob Phillips was a pivotal voice in mediating between science and engineering to develop research requirements that were practical and achievable. He served as both chief scientist and as a member of the Space Station Utilization Advisory Subcommittee, where his pragmatic approach was invaluable in resolving a final design for what later became the ISS.” 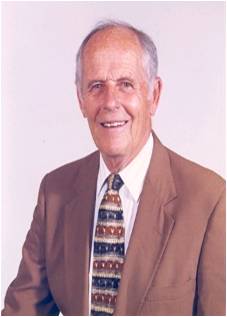 I recently spoke about Bob’s contributions to NASA with my colleague Jennifer Rhatigan, Ph.D., who was a leader in space station science during the station’s assembly and established the International Space Station Program Science Office. Jennifer, who served with Bob on a number of committees, remembered him not only as a scientist, but also as a gentleman who was a pleasure to work with.

“Bob brought a focus on science in the early days of the space station design (during the Freedom program),” Jennifer shared. “He recognized that science needs had to be part of the design and maintained that focus through the many early de-scopes and design changes. The space station science community of today is lucky there were people like Bob looking out for their needs 25 years ago.”

Bob continued his career with NASA and into retirement with a focus on outreach and education. According to his NASA Quest profile, Bob espoused a belief in lifelong learning and continued scientific endeavors.

“I don’t feel that I have any goals yet to accomplish, except to continue to accomplish and pursue new and interesting questions and challenges. I have retired several times and look forward to continuing to be a productive scientist educator. I am having too much fun to really quit.”

Bob passed away on Feb. 26, leaving behind a rich legacy including a book he wrote to communicate with the general public the importance of biomedical microgravity research, titled “Grappling with Gravity: How Will Life Adapt to Living in Space?”

When I think about where we are now with research aboard the space station after more than a year of full utilization, I am still in awe of the accomplishments that are shared by those who contributed past, present and future to the station’s success. The flexible and adaptable laboratory we have today was built on the foundation of hard work and dedication from people like Bob Phillips and the way he helped to put science into an engineering marvel.