I started writing science stories for the InternationalSpace Station Program Science Office over a year ago. During fiscal year 2010,I published or helped to promote the publication of 67 stories regardingresearch accomplished on the space station. Yet, in spite of the volume ofstories going out, I continue to meet people who are oblivious to what NASA isdoing with the space station.

With this in mind, I decided to tackle the question of whythe public was unaware of what NASA was doing. The opportunity to canvas agroup of science writing professionals from around the nation at the 2011 National Association of Science WritersConference was too good to pass up. On the plane out to the conference, betweenseminars and at networking receptions I put my question to editors, writers andpublic information officers from various publications and universities. 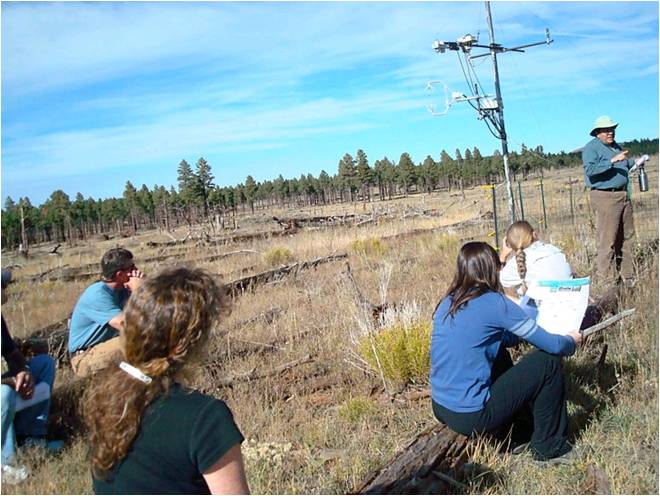 Science writers from around the United States listen to alecture on research that measures carbon levels in an area devastated by forestfires as part of the 2011 National Association of Science Writers Conference.
(Credit: Jessica Nimon)

First, perhaps I should explain the communications effortsof the International Space Station Program Science Office. Along with thevarious NASA Center Public Affairs Offices, we work towards the goal of informativestory publications on NASA’s space station research and technology Website.We also maintain a blog, called “ALab Aloft,” and put out weeklyscience updates. To spread the word of these efforts, we use the @ISS_Research Twitter account andthe International Space StationFacebook page to share links to our publications, as well as various facts andnotices, as they come out.

These efforts may not seem far reaching, but consider theinvestment return of compounding publication. In pure numbers, at the time I’mwriting this post, we have 11,438 followers on @ISS_Research. If NASA’s Twitteraccount retweets us, we potentially reach an additional 1,507,108 followers!Every follower can choose to forward on our tweets, sharing our storiesexponentially. This goes for the station Facebook page, as well, which hasclose to 40,000 likes. Then consider the various blogs and journalism sites onthe Internet that republish these space station research and technologystories—the possibility to reach the public is vast!

So why does the message seem to be only reaching a few? Why domany people I encounter still mistakenly think that the retirement of the SpaceShuttle Program meant the end of the space station? Some even wrongly believeNASA is closing up shop altogether. Here is what the science writingprofessionals at the conference had to say on the topic:

Audience Fatigue –Saturation on the topic

NASA makes the news on a fairly regular basis. Betweensatellites, climate studies, the space station, telescopes, lunar and Marsmissions, etc., there is plenty going on and it can be hard to keep track.Those trying to maintain pace with everything NASA touches could burn out fastand may focus their attention down to a specific area of interest or stopfollowing altogether.

Media Overload –Getting lost in the mix

With as many stories as NASA generates, just think of theglut the media as a whole produces! If people are awash in just one area, likeNASA, you can imagine they are likely burning out in general. With limits tohow many hours are in a day, many readers cherry pick their news based onheadlines, which means that the vast majority of stories published get buriedby other features.

In the public’s media diet, not everyone will choose thefruits and vegetables of science topics when they have such easy access to thedesserts of celebrity and entertainment? Likewise, when breaking news occurs,it can plaster the pages of publication Websites for days, even weeks.Everything else published during such times risks being overshadowed. 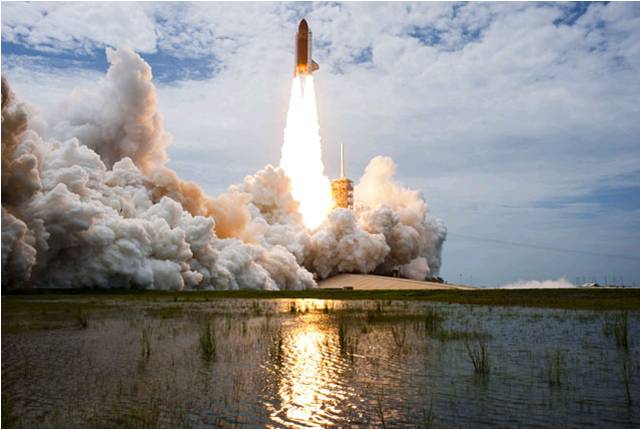 Specialized media sites and topic categories can make iteasier to follow up on the news that means most to a reader. The downside tothese avenues of information is the resulting tunnel vision that can develop. Itcan be a challenge for readers to take a liberal arts approach to their media inan effort to maintain a well-rounded awareness in the world they live in.

Paying attention to a topic over many years requires apassion that not everyone may share. One science writer commented that he hadcovered space shuttle launches from the beginning of his career through theretirement of the program. He saw the same reporter faces age along with hisown as they all continued to turn up for NASA press junkets. While the launchesthemselves were always exciting, he wondered how many of his readers continueda loyal following of the topic. As they also aged, did they tune out andrefocus towards topics directly applicable to their daily lives? 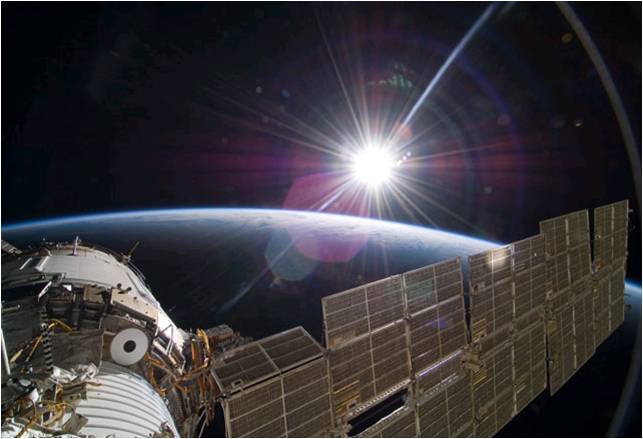 Conquest – A desirefor adventure in space, rather than utilization

Shuttle launches were exciting! There were rockets andflames and explorers flying into space. We still have launches to the space station,but they are now taking place off of American soil, which distances theexperience from the national public. The link between the shuttle and thestation was one that served to point eyes to the missions aboard the orbitinglaboratory, but getting readers to consider the daily operations of a sciencefacility as an adventure—even in the microgravity of space—can be a challenge.

Many readers may not fully appreciate the time and varioushoops research has to go through before results publish. It is also possiblethey do not understand the dangers of the valleyof death in science studies. To follow the topic of space station research,the wait for results can be years or even decades. In this age of instantaneousinformation on the Internet, this delay can tally a cost in readership. 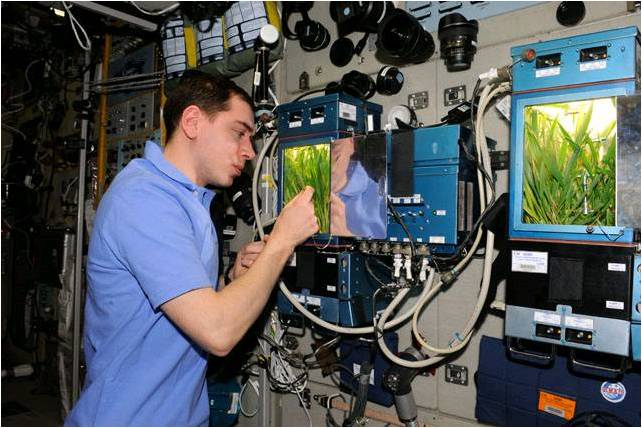 Russian cosmonaut Sergei Volkov, Expedition 29 flightengineer, checks the progress of a new growth experiment on the BIO-5Rasteniya-2 (Plants-2) payload with its LADA-01 greenhouse in the ZvezdaService Module of the International Space Station.
(NASA Image ISS029E007686)

Research, however, cannot be rushed, so readers will have todevelop the virtue of patience. The bright side? Since investigations have beenongoing from the time the space station began, we are indeed now seeing resultsfrom early studies and can look forward to a steady influx of publicationshighlighting the discoveries of space science. Part of the excitement is the compoundingknowledge and the use capacity going forward for the facilitiesaboard the station, and perhaps serendipitous discovery.

The real question to ask ourselves now is what do we doabout this readership dilemma? We may bring the story to the public, but wecannot make them read. I’m curious to see if the audience of this entry hastheir own answers to offer. What would you like to see regarding news of researchand technology on the space station? How do you like to receive your news andwhat can we do to better engage the public? 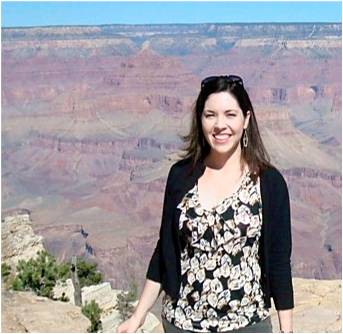 JessicaNimon worked in the aerospace industry as a technical writer for seven yearsbefore joining the International Space Station Program Science Office as theResearch Communications Specialist. Jessica composes Web features, blogentries, and manages the @ISS_Research Twitter feed to share space stationresearch and technology news with the public. She has a master’s degree inEnglish from the University of Dallas.

8 thoughts on “We are Writing, but is the Public Reading?”