Texas hosts Space Day at the Capitol in Austin every other year as part of Space Week. This year’s theme was “Human Exploration: the Journey Continues.” This was my second time representing the International Space Station Program Science Office to the students, members of the public and legislative staff who attended. I enjoy participating in such events because not only I can share the latest space station research and technology news, but it also gives me a chance to gauge perceptions from the audience I communicate with in my role as a writer and editor at NASA.

Keeping the exploration theme in mind, NASA’s International Space Station Program research and technology display shared a space with the agency’s Commercial Crew Program and Orion vehicle displays. Joining these exhibits in the lower level of the Capitol building’s rotunda were representatives from various commercial space companies, including SpaceX and Blue Origin. The in-the-round exhibit placement seemed symbolic of the partnerships taking place with NASA to continue and expand human space exploration. 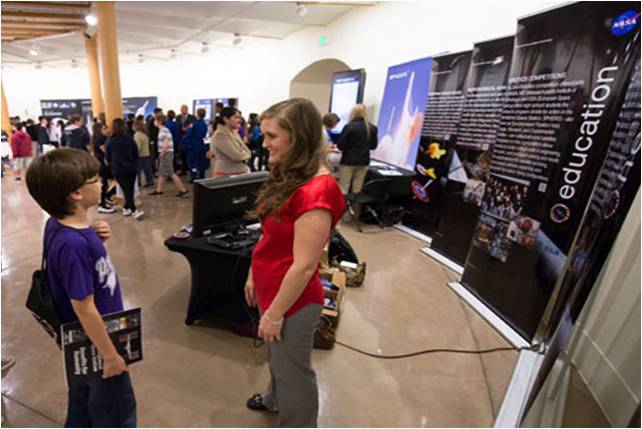 My colleagues, Scientific Communications Analyst Amelia Rai and Research Scientist Chelsey Bussey, helped tell the story of the amazing research, technology and educational opportunities and developments from our orbiting laboratory. We shared how the space station is a resource that goes beyond space exploration goals, reaching out to cross boundaries in areas of healthcare, pharmaceutical advancements and industry spinoffs. Some of my personal favorites to highlight include NeuroArm, a lifesaving robotic instrument for brain surgery developed using technology from the space station’s Canadarm, and advances made in vaccine development.

The inspiration shared at such events has the potential to touch not only the 3rd to 8th grade students targeted by Space Day, but also to inspire the imagination of new users with research goals for microgravity research. While speaking with the people visiting our exhibit, at least one scientist expressed interest in how he could use the space station as a platform for his research. 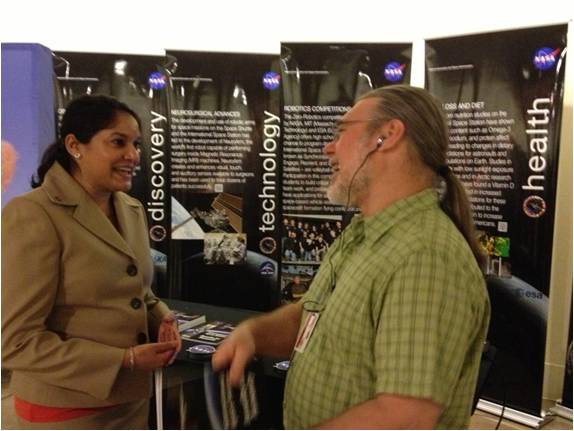 One of the more frequent questions we received during the event had to do with NASA’s collaborative efforts with private businesses. Having our industry partners right next to us in the rotunda provided a great opportunity to share the way NASA does business. Visitors were surprised and excited to hear that NASA is working together with private companies to provide avenues for future exploration, as well as resupply and experiment sample return from the International Space Station.

Space Day followed on the heels of South by Southwest (SXSW), a multiday conference and festival highlighting music, film and technology, which also had a space-themed focus this year. Excitement for exploration was still abuzz all over Austin. Although we didn’t attend SXSW, Amelia, Chelsey and I did have our own follow-up activity by attending an Amateur Radio on the International Space Station (ARISS) event on March 20 at the Ann Richards School for Young Women Leaders in Austin. These students, who were not able to visit the Capitol for Space Day, were excited to have a more up close, personal connection with the space station. 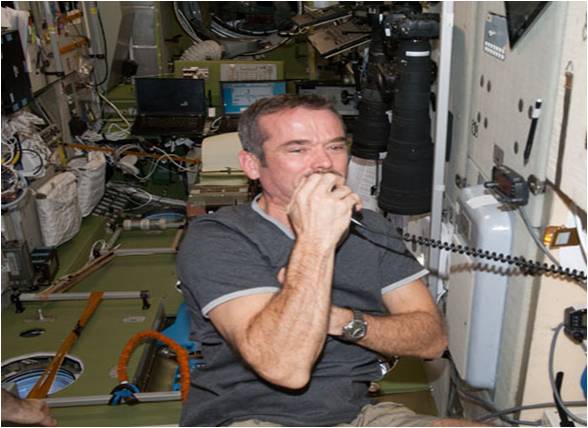 Using a ham radio contact, which lasts for about 10 minutes, the 540 middle and high school girls were able to listen as their peers asked space-related questions directly to space station Commander Chris Hadfield, who answered from aboard the orbiting laboratory. The audience was so attentive you could hear a pin drop while Hadfield spoke! 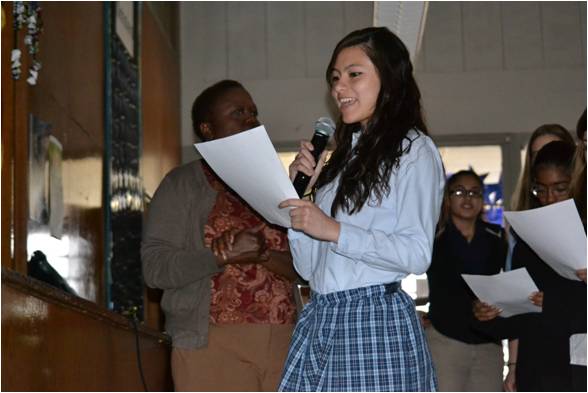 Ana H. from the Ann Richards School for Young Women Leaders in Austin, Texas, asks a question for Commander Chris Hadfield to answer during an Amateur Radio on the International Space Station connection.(Catherine Serra-Fuentes)

Project Specialist Monica Martinez organized the ARISS event for the school and commented on the impact such an opportunity has on these young women. “The ARISS contact was an experience that truly wowed our entire student body, faculty and administrative team. The girls thought it was one of the best events of this entire school year and loved talking to Commander Hadfield. They were also so ecstatic to see that he had tweeted about our school right after the contact. Our students were inspired by his words and the overall experience.” 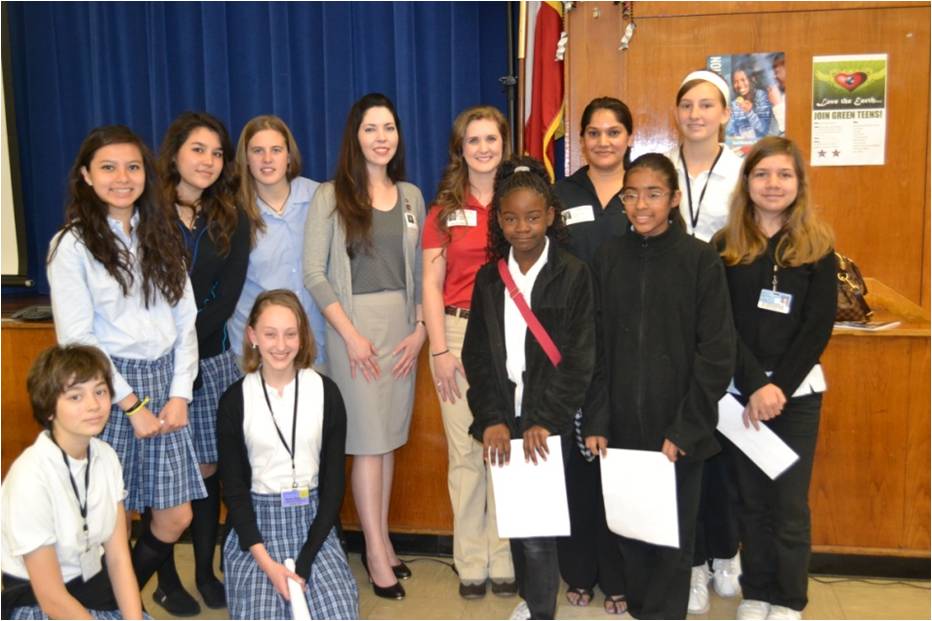 The event was followed by a short space station presentation by Amelia, who shared space station facts and talked about some of the benefits for humanity that have already derived from related research and technology. Amelia’s talk was followed by a short question and answer session where the students’ interest in space-related topics and careers was evident, showing a bright future for human endeavors with space research and exploration. 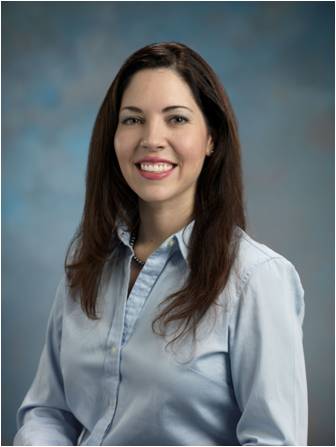 Jessica Nimon has a background in the aerospace industry as a technical writer and now works with the International Space Station Program Science Office as the Research Communications Managing Editor. Jessica coordinates and composes Web features, blog entries and manages the @ISS_Research Twitter feed to share space station research and technology news with the public. She has a master’s degree in English from the University of Dallas.