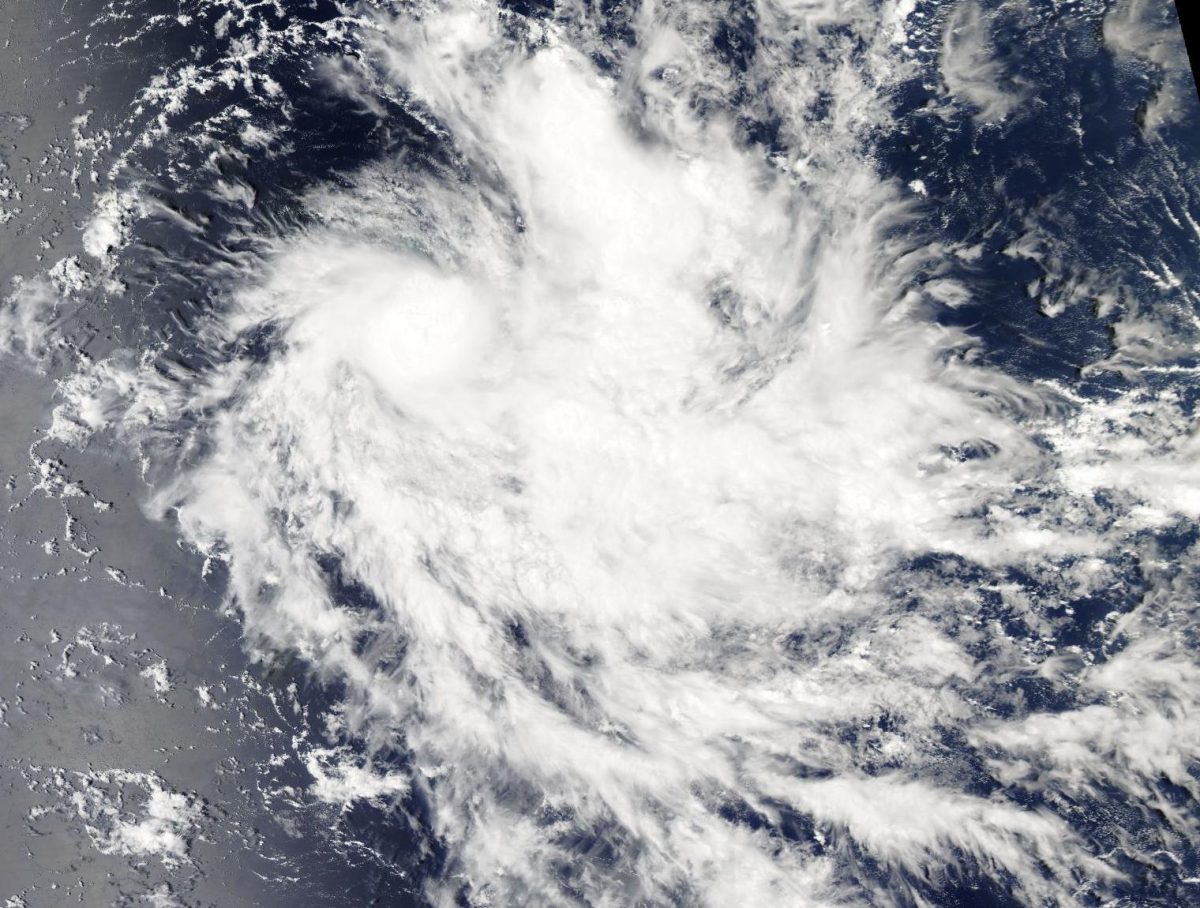 NASA’s Terra satellite captured an image of Tropical Cyclone Ambali and the visible image showed that the storm was rapidly intensifying.

Ambali formed as a tropical depression in the Southern Indian Ocean on Dec. 4 and quickly strengthened into a tropical storm. Today, Dec. 5, it has reached what is considered hurricane status in the Atlantic and Northeast Pacific.

On Dec. 5, the Moderate Resolution Imaging Spectroradiometer or MODIS instrument that flies aboard NASA’s Terra satellite provided a visible image of Ambali. The MODIS image showed powerful thunderstorms circling the center of circulation. Meanwhile microwave satellite imagery shows tight banding of thunderstorms around the center of circulation and the development of an eye.

The shape of the storm is a clue to forecasters that a storm is either strengthening or weakening. If a storm takes on a more rounded shape it is getting more organized and strengthening. Conversely, if it becomes less rounded or elongated, it is a sign the storm is weakening. Ambali appeared more circular than it did 24 hours before, indicating it was strengthening and consolidating.

Ambali will move south-southwest as it rapidly intensifes. Ambali is expected to peak at 100 knots (115 mph/185 kph) later today before running into hostile atmospheric conditions leading to dissipation in four days.

NASA’s Terra satellite is one in a fleet of NASA satellites that provide data for hurricane research.