SpaceX’s brand-new Dragon spacecraft – named “Freedom” by the Crew-4 astronauts – arrived at Kennedy Space Center’s Launch Complex 39A today, April 16, after making the journey from SpaceX’s processing facility at nearby Cape Canaveral Space Force Station in Florida. After Dragon is mated to the SpaceX Falcon 9 rocket, the launch vehicle will roll out to the pad and be raised to the vertical launch position. 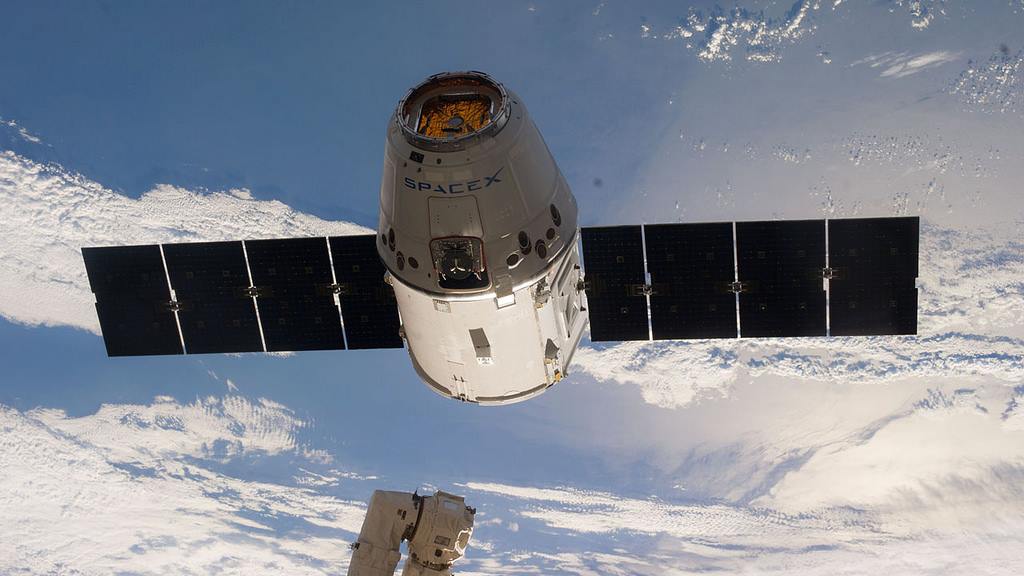 SpaceX is targeting Monday, April 13 to launch the next commercial resupply services mission to the International Space Station. Launch of the Falcon 9 rocket and Dragon spacecraft is targeted for approximately 4:33 p.m. EDT from Space Launch Complex 40 at Cape Canaveral Air Force Station in Florida. NASA Television coverage will begin at 3:30 p.m.
A Monday launch will result in the Dragon spacecraft arriving at the space station Wednesday, April 15. Expedition 43 Flight Engineer Samantha Cristoforetti of ESA (European Space Agency) will use the station’s 57.7-foot robotic arm to reach out and capture Dragon at approximately 7:14 a.m. Flight Engineer Terry Virts of NASA will support Cristoforetti as they operate from the station’s cupola. NASA TV coverage of grapple will begin at 5 a.m. Coverage of Dragon’s installation to the Earth-facing port of the Harmony module will begin at 9:15 a.m.
If the launch does not occur on Monday, the next launch opportunity would be at approximately 4:10 p.m. Tuesday, April 14.
This is the sixth SpaceX commercial resupply services mission and the seventh trip by a Dragon spacecraft to the station. Dragon is filled with more than 4,300 pounds of supplies and payloads, including critical materials to support science and research investigations that will occur during Expeditions 43 and 44. After about five weeks at the space station, Dragon will return to Earth filled with cargo including crew supplies, hardware and computer resources, science experiments, and space station hardware.
For launch countdown coverage, NASA’s launch blog, and more information about the mission, visit:https://www.nasa.gov/spacex
To join the online conversation about the SpaceX CRS-6 launch, the International Space Station and Expedition 43 on Twitter, follow the hashtags #ISScargo and #ISS. To learn more about all the ways to connect and collaborate with NASA, visit: https://www.nasa.gov/connect

SpaceX and NASA are preparing to launch the next commercial resupply mission to deliver several tons of critical supplies and new science investigations and technology research to the crew aboard the International Space. The launch is targeted for no earlier than April 10, 2015. SpaceX will launch its Dragon spacecraft on a Falcon 9 rocket from Cape Canaveral Air Force Station (CCAFS) in Florida. It will be the company’s sixth commercial resupply mission under NASA contract to the space station.

For coverage of Dragon’s arrival and stay at the International Space Station, please visit the Space Station Blog.