SpaceX’s Dragon cargo craft splashed down in the Pacific Ocean at 8:12 a.m. EDT, west of Baja California and the recovery process is underway, marking the end of the company’s eleventh contracted cargo resupply mission to the International Space Station for NASA.

A variety of technological and biological studies are returning in Dragon. The Fruit Fly Lab-02 experiment seeks to better understand the effects of prolonged exposure to microgravity on the heart. Flies are small, with a well-known genetic make-up, and age rapidly, making them good models for heart function studies. This experiment could significantly advance understanding of how spaceflight affects the cardiovascular system and could help develop countermeasures to help astronauts.

Samples from the Systemic Therapy of NELL-1 for osteoporosis will return as part of an investigation using rodents as models to test a new drug that can both rebuild bone and block further bone loss, improving crew health. When people and animals spend extended periods of time in space, they experience bone density loss, or osteoporosis. In-flight countermeasures, such as exercise, prevent it from getting worse, but there isn’t a therapy on Earth or in space that can restore bone density. The results from this ISS National Laboratory-sponsored investigation is built on previous research also supported by the National Institutes for Health and could lead to new drugs for treating bone density loss in millions of people on Earth.

The Dragon spacecraft launched June 3 on a SpaceX Falcon 9 rocket from historic Launch Complex 39A at NASA’s Kennedy Space Center in Florida, and arrived at the station June 5.

Keep up with the International Space Station, and its research and crew members, at www.nasa.gov/station

Get breaking news, images, videos and features from the station on social media at: https://www.facebook.com/ISS, http://instagram.com/iss and http://www.twitter.com/Space_Station 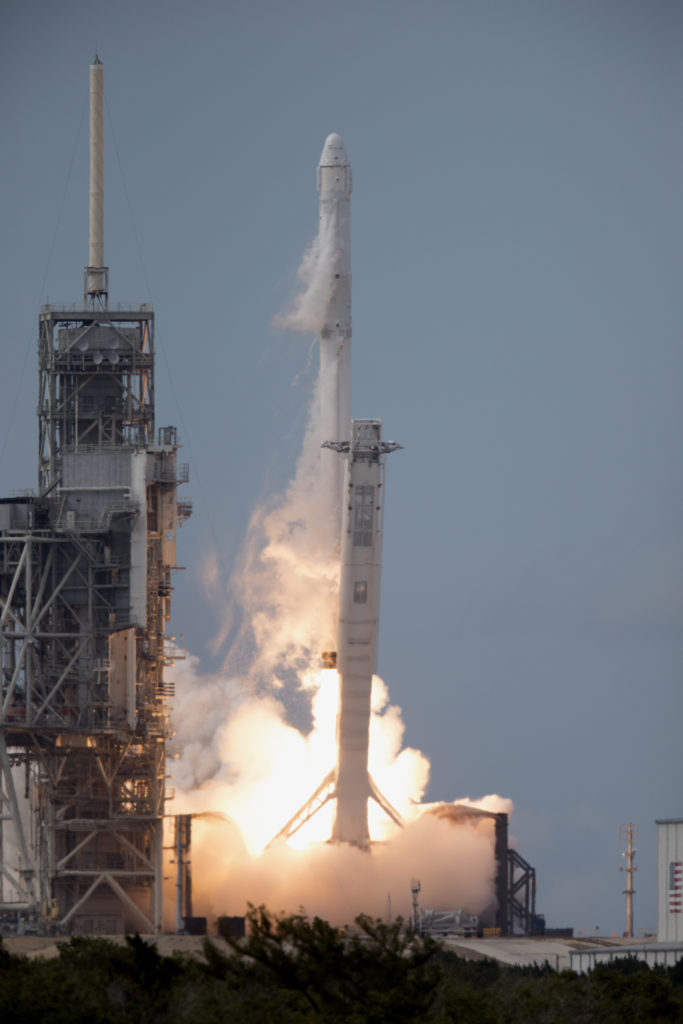 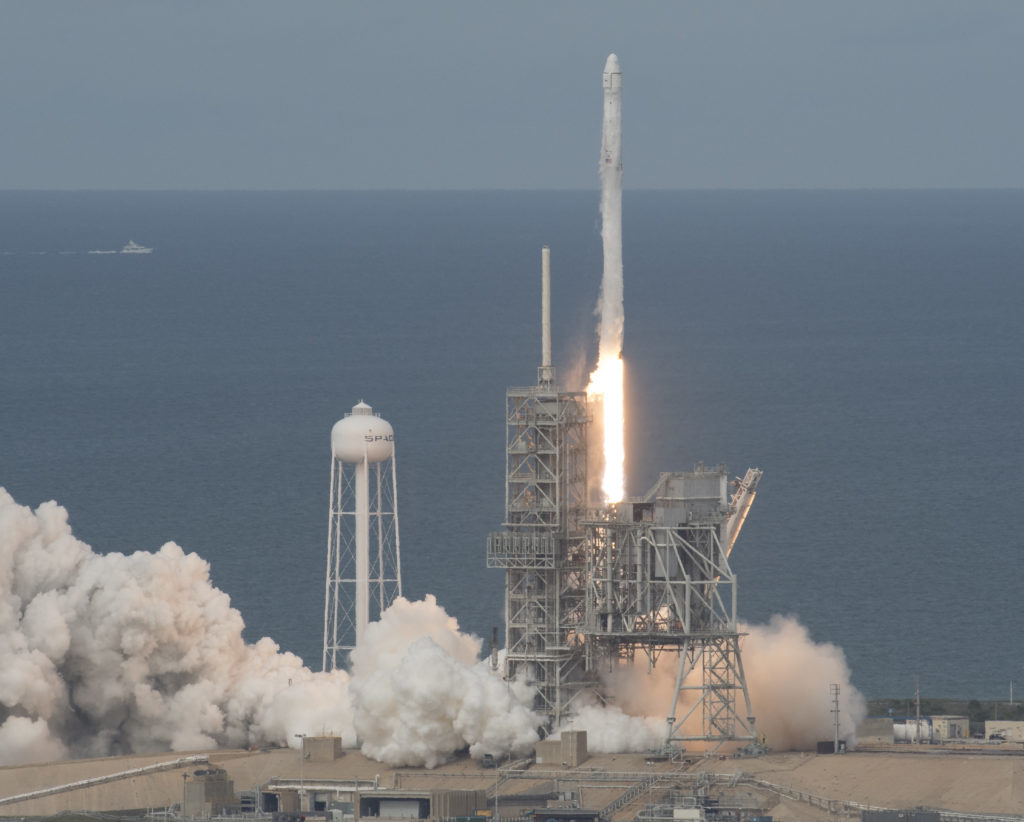 NASA and SpaceX officials will discuss today’s launch and the CRS-11 mission goals during a news conference at 6:30 p.m. ET that will air on NASA TV. A SpaceX Falcon 9 rocket and Dragon spacecraft lifted off from Launch Complex 39A at NASA’s Kennedy Space Center in Florida at 5:07 p.m. The Dragon is carrying nearly 6,000 pounds of equipment and supplies, including research gear for a range of scientific experiments that are to be performed aboard the International Space Station. Photo credit: NASA/Bill Ingalls 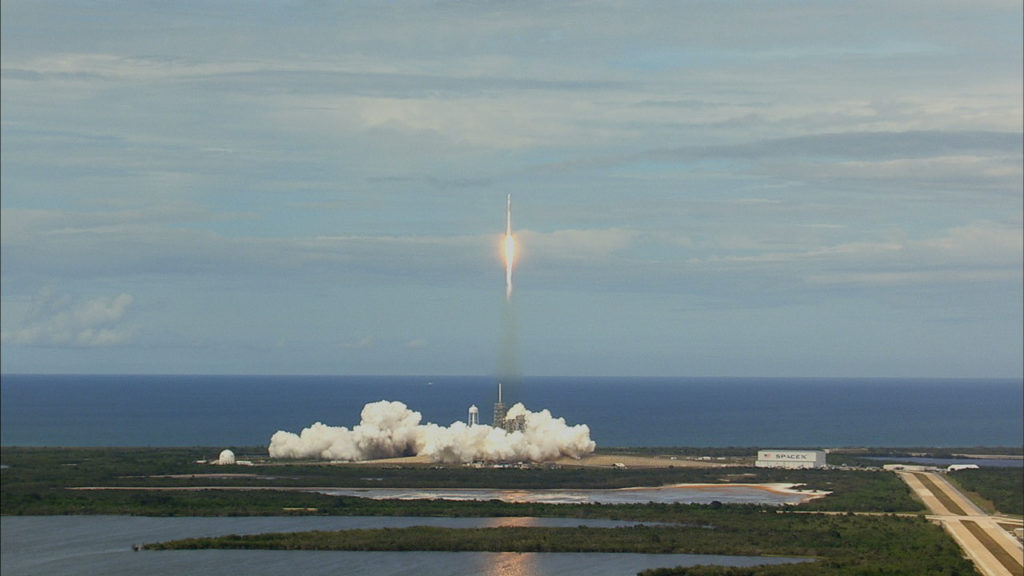 The second stage engine cut off as  planned to complete its work. The cargo-laden Dragon spacecraft separated on-time moments ago to catch up to the International Space Station to deliver nearly 6,000 pounds of experiments and equipment. 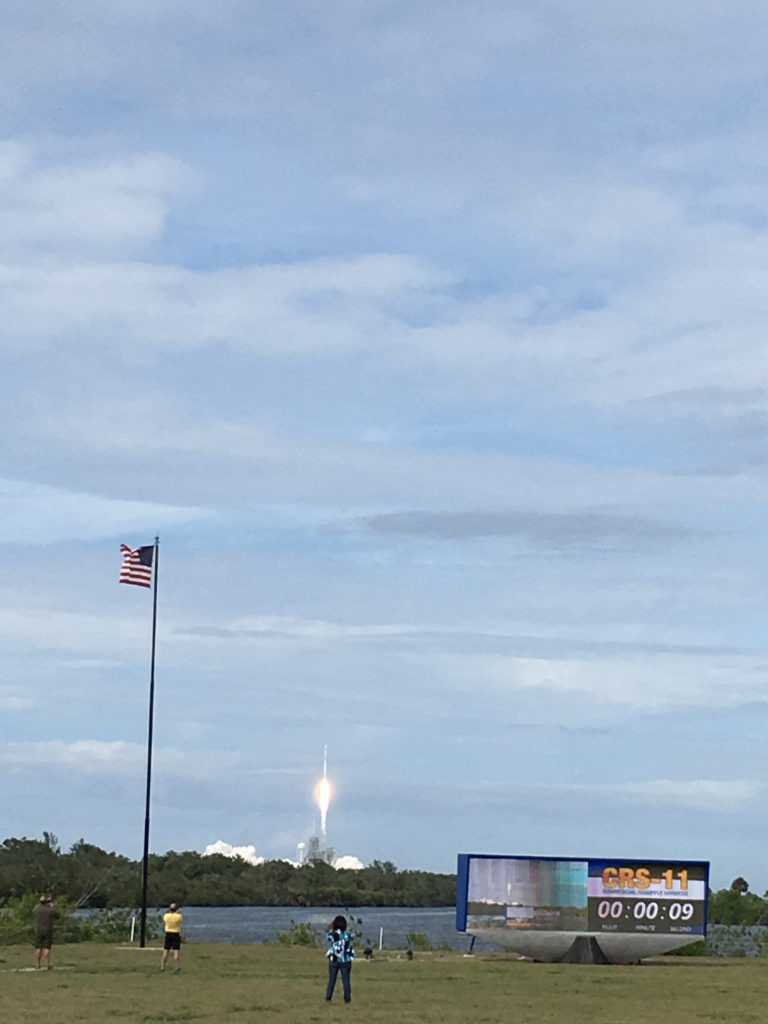 As the second stage continues to burn as planned, the first stage is returning to launch area. Here’s a photo of the launch minutes ago as the CRS-11 mission lifted off from LC-39A. Photo credit: NASA

The Falcon 9 and Dragon have moved through Max-Q, the area of maximum dynamic pressure. The spacecraft is now supersonic and accelerating. 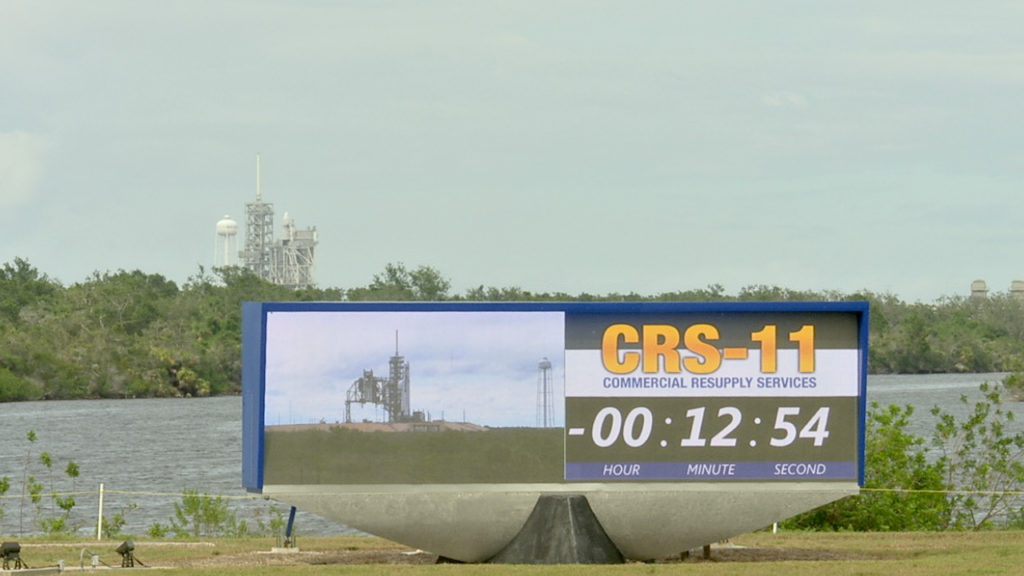 The nine Merlin engines that will power the Falcon 9’s first stage are being chilled for liftoff. The engines have to be conditioned to the supercold liquid oxygen that will run through the engines’ systems as the rocket flies into orbit. 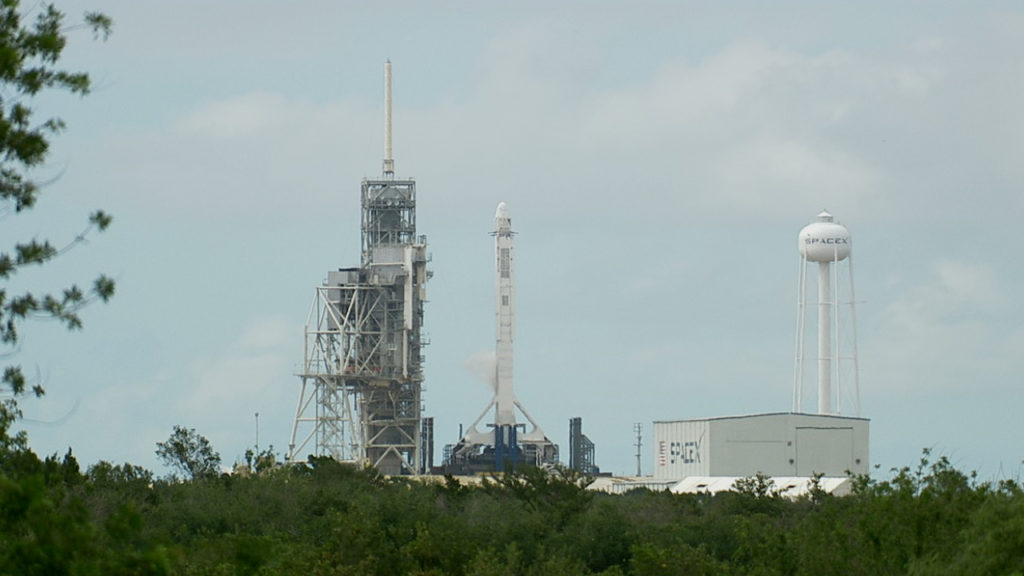 Major elements of the Dragon spacecraft launching today were used in a previous SpaceX flight to the station. This will be the first time SpaceX is reusing one of its spacecraft for an International Space Station resupply mission.