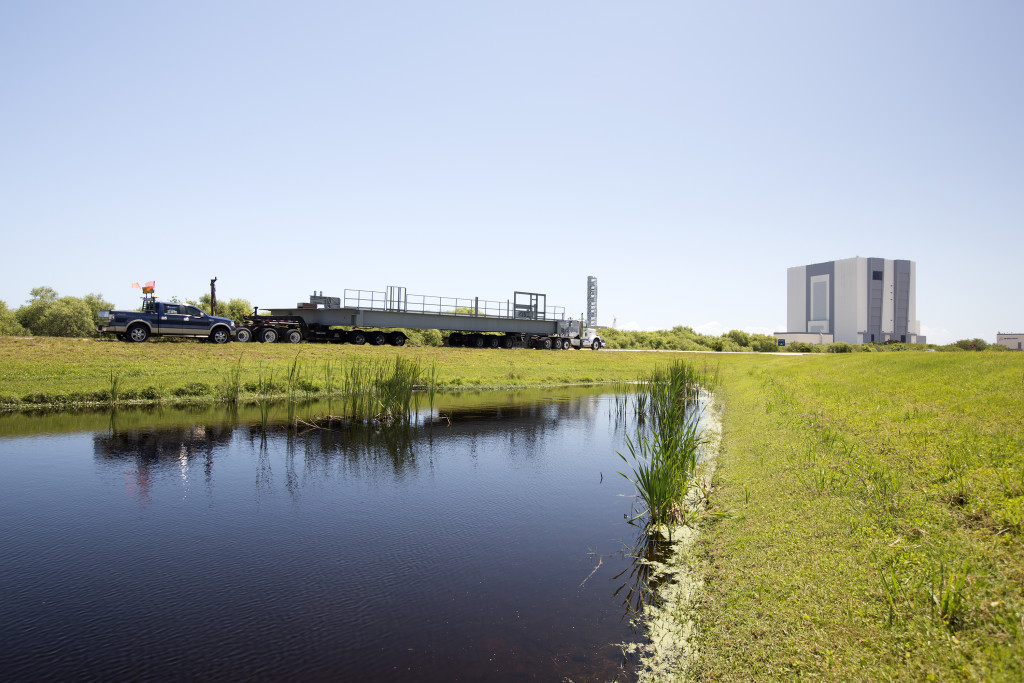 With its image reflected in the water, a heavy load transport truck proceeds along the road to the Vehicle Assembly Building (VAB) at NASA’s Kennedy Space Center in Florida on April 26, carrying the first half of the E-level work platforms, E South, for the agency’s Space Launch System (SLS) rocket. The platform will be delivered to the VAB staging area in the west parking lot. The Ground Systems Development and Operations Program is overseeing upgrades and modifications to VAB High Bay 3 to support processing of the SLS and Orion spacecraft. A total of 10 levels of new platforms, 20 platform halves altogether, will surround the SLS rocket and Orion spacecraft and provide access for testing and processing.