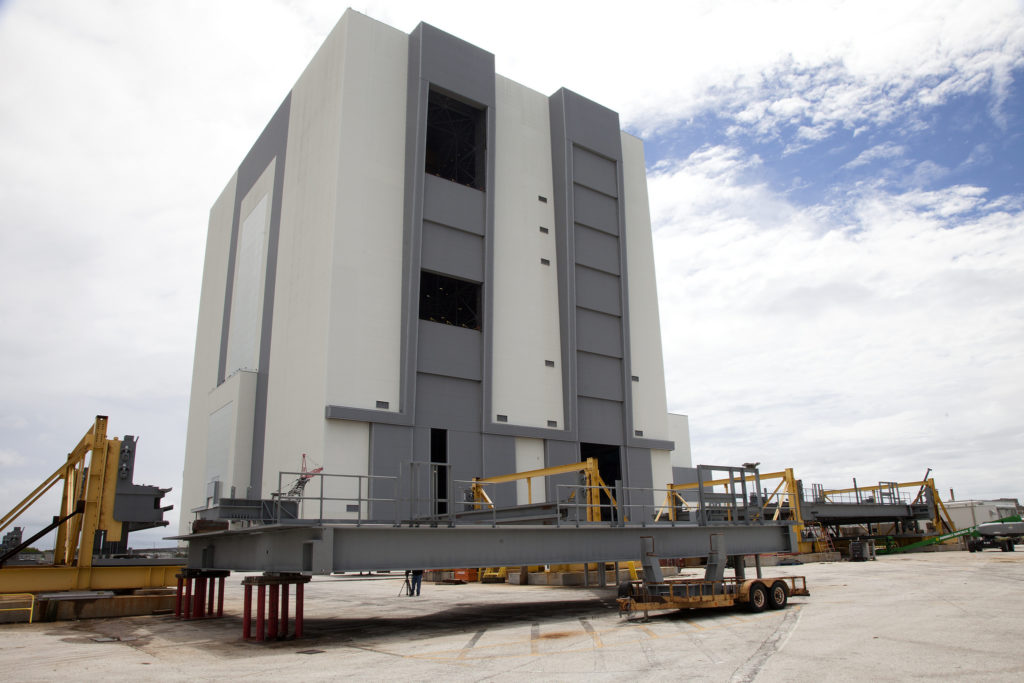 A section of the second half of the C-level platforms, C North, for NASA’s Space Launch System (SLS) rocket, arrives at the agency’s Kennedy Space Center in Florida. The platform was offloaded from a heavy lift transport truck and secured in a staging area in the west parking lot of the Vehicle Assembly Building (VAB).

The Ground Systems Development and Operations Program is overseeing upgrades and modifications to VAB High Bay 3 to support processing of the SLS and Orion spacecraft. A total of 10 levels of new platforms, 20 platform halves altogether, will surround the SLS rocket and Orion spacecraft and provide access for testing and processing.