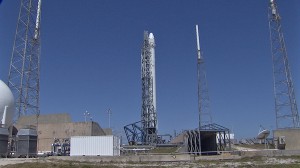 One thought on “Launch Day Dawns for SpaceX-3”